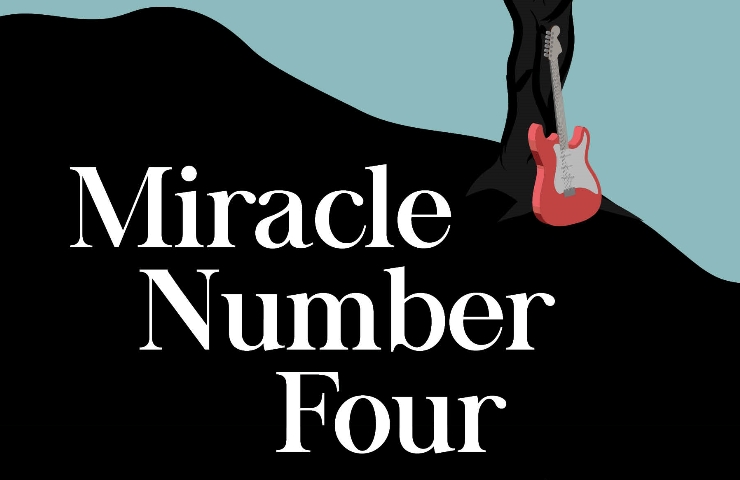 ‘1976: With dreams of a career in rock, a crush on the prettiest girl in town, and a mother in remission from cancer, Mike’s future looks bright.

‘Music brings excitement and a chance to shine, but life off-stage is complicated. Together with family, friends and band-mates, Mike finds joy, sadness and loss. Troubling secrets surface while a new friend brings both fresh perspectives and a cruel reality.

‘The radios and pubs blast rock into the suburban nights and the band prepare for their big break. Is Mike ready?’

In Miracle Number Four, by Paul Marriner, we follow 15-year-old Mike Oppen - aka JB - as he learns to play bass and joins his older sister Susan’s rock band.

The group evolves and builds momentum while he falls in love for the first time, has to cope with people close to him getting seriously ill and dying, leaves school and starts his first job, and encounters other “grown-up” issues and situations he had previously been protected from.

No matter what’s going on for Mike, though, there’s always music to get him through - whether he’s listening to the latest releases (it’s the mid-1970s, so an especially exciting and innovative period), playing well-known crowd-pleasers, or writing songs alone or with the band.

Miracle Number Four is a detailed and vivid book that I could totally envisage as a film - with an immense soundtrack, of course. Marriner does an excellent job of creating a variety of settings that are easy to imagine and believe in, from the landmarks of the fictional Metropolitan Line suburb of Penscote and the semi-detached family homes many of the characters inhabit, to the different types of venue the band play as they rise through the ranks.

The author also does a great job encapsulating what it’s like to be an adolescent, when so many things feel intensely meaningful, memorable, and confusing because you’re experiencing them for the very first time and are still finding out how you, personally, respond to them.

I could very much relate to the centrality of music in Mike’s life - the songs and albums you had on repeat in your teens and early twenties just hit differently to the ones you get into later on, precisely because you associate them with those strong memories and intense feelings.

Even as an adult, though, I listen to music as much as possible and get really excited when I find what feels to me like a “perfect” band, album, or song, and this book made me think I definitely need to refer to music more in my own writing!

I found Mike very likeable, and his tender age and good intentions, as well as the first-person insight into what he’s thinking and feeling, make him easy to excuse and forgive when he makes mistakes or flies off the handle. I found it both true-to-life and heartwarming that his parents and sister are so present in his life, and their home is, for the most part, a place of care, nurture, and understanding.

At the same time, despite its frequent references to classic, era-defining songs, abundance of warm, friendly characters, and the generally upward trajectory of the band, Miracle Number Four manages to avoid being an uncritical nostalgia-fest.

As well as the events that cause Mike so much heartache, some of his friends’ parents and siblings are nowhere near as nice as his, and the homophobia, sexism, and violence typical of the time period do rear their ugly heads.

There’s little reference to current affairs, and politics is treated with a light touch, but I think this is an accurate reflection of the insularity and tunnel vision of adolescence.

Miracle Number Four is a vivid and detailed novel that really captures the intensity of youth and the importance of music. 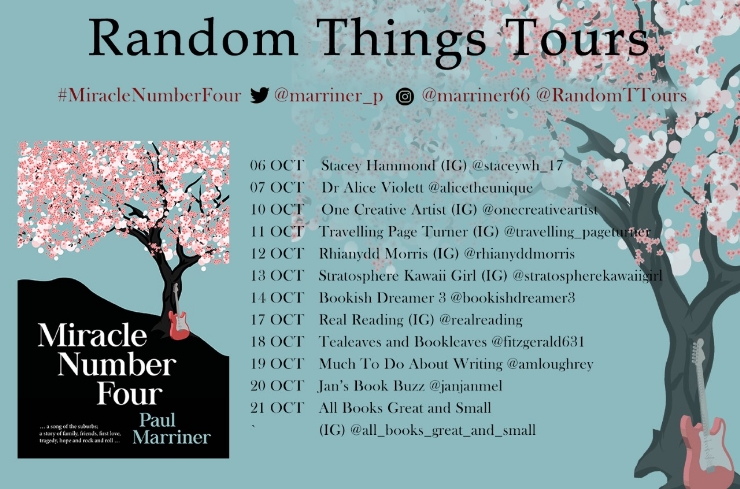