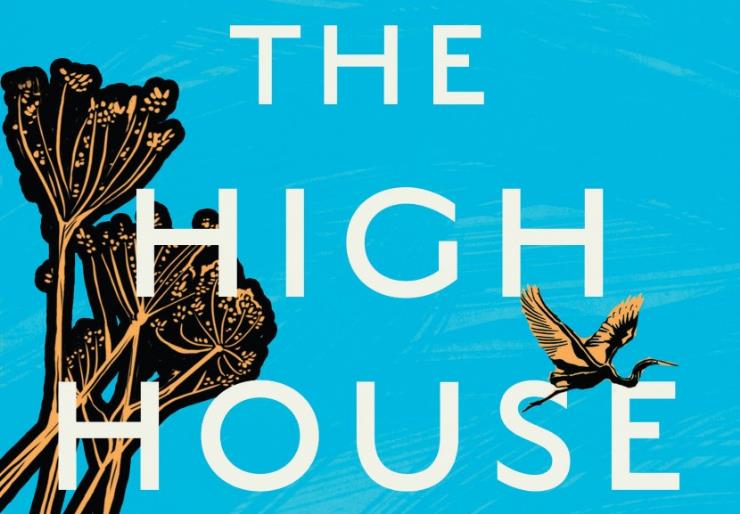 “Perched on a hill above a village by the sea, the high house has a mill, a vegetable garden and a barn full of supplies.

“Caro and her younger half-brother, Pauly, arrive there one day to find it cared for by Grandy and his granddaughter, Sally. Not quite a family, they learn to live together, and care for one another.

“But there are limits even to what the ailing Grandy knows about how to survive, and, if the storm comes, it might not be enough.” 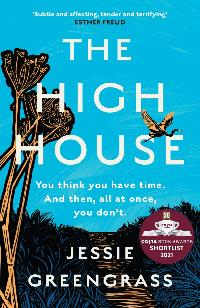 The High House, by Jessie Greengrass, tells the story of how four people come to survive the end of the world as we know it, and what it’s like afterwards.

The situation prior to the storm that leaves swathes of Great Britain permanently underwater is scarily familiar. The characters are aware of unseasonable weather, unprecedented and more regular flooding, and a lack of action to address these. Francesca - mother of four-year-old Pauly, and stepmother of 18-year-old Caro - is a climate scientist and campaigner, so knows and does more than most about climate change.

Realising it’s too late, Francesca and her husband stock the high house with years’ worth of supplies, set it up so its inhabitants can be as self-sufficient as possible, and install two caretakers - elderly, practical Grandy and his dutiful granddaughter Sally, who’s in her 20s. When their parents are lost to floods in Florida, Caro and Pauly travel to the high house where they can hopefully withstand the climate apocalypse.

The author’s focus on just four characters allows her to explore the idea that while climate change affects everyone, each individual will be affected in their own unique way, and focus on their own interests and concerns. It’s human nature to concentrate on the little, everyday things, because the big picture is just too overwhelming and abstract to grapple with.

Little Pauly pays particular attention to the plight of birds, Caro gets caught up in her misperception of Francesca’s motives in setting up the high house, Sally has to deal with her frustration with Caro, and Grandy considers the effects of climate change he’d already seen in his lifetime, and whether the writing was already on the wall. They do come to an accord, some more easily than others, and it’s particularly touching to see how Grandy and Sally interact with Pauly.

The small cast also gives the novel an eerie, claustrophobic feel. Even before they moved to the high house, the two pairs were isolated in their own ways. Grandy and Sally were the only inhabitants of their coastal village apart from in the summer months, when the second home owners descended; they only saw grocery delivery drivers and the peripatetic vicar with any regularity.

Meanwhile, Caro practically raised Pauly herself, as Francesca and their father were constantly away from home, trying to avert the coming disaster. The fact that it happens despite Francesca’s efforts, and, even with her global perspective, she goes the extra mile to ensure her nearest and dearest have a better chance of survival, contributes to the theme of tension between the smaller and bigger pictures.

It really made me think. Might Francesca just as well have spent her final years with her family and gone to the high house too, rather than trying to save the world? Was her setting up the high house a compromise between the natural urge to prioritise her own, and a more forced desire to try to save six billion people she didn’t know?

The author’s use of language is beautiful, though it feels a bit wrong to think of a ruined world in those terms! She skilfully brings home what we stand to lose, and how things we take for granted now could become totally alien by the next generation. She also shows that even when the worst has happened and the characters face an uncertain future, they can still find some beauty and joy that made it worth surviving.

The High House is eerie, thought-provoking, and beautifully written. 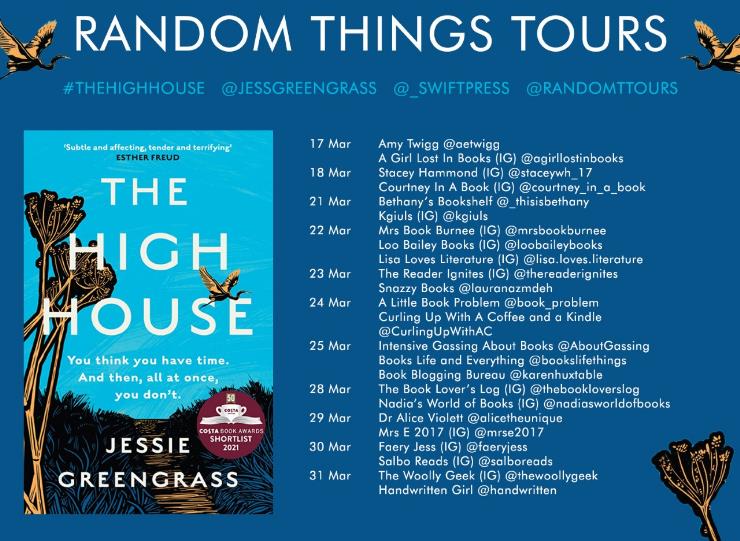