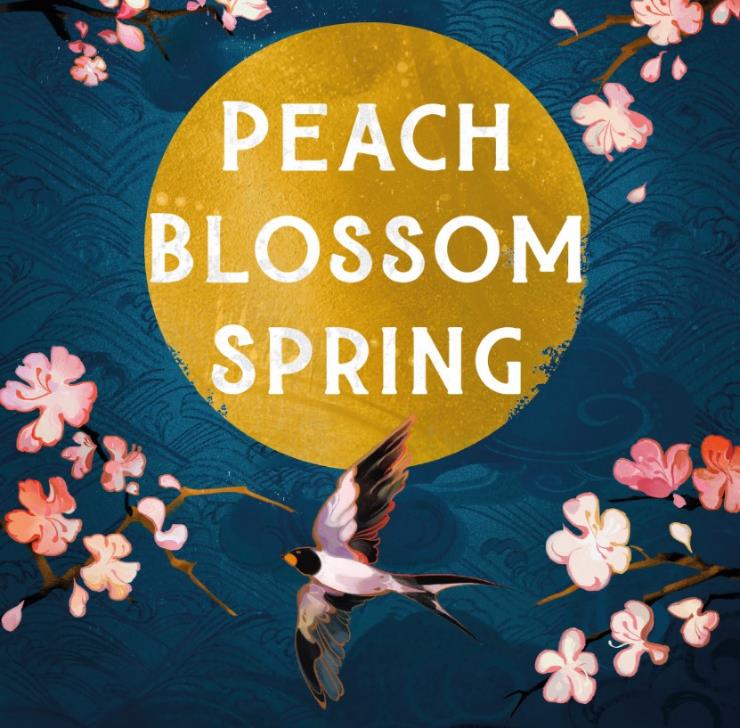 “With every misfortune there is a blessing and within every blessing, the seeds of misfortune, and so it goes, until the end of time.

“It is 1938 in China, and the Japanese are advancing. A young mother, Meilin, is forced to flee her burning city with her four-year-old son, Renshu, and embark on an epic journey across China. For comfort, they turn to their most treasured possession - a beautifully illustrated hand scroll. Its ancient fables offer solace and wisdom as they travel through their ravaged country, seeking refuge.

“Years later, Renshu has settled in America as Henry Dao. His daughter is desperate to understand her heritage, but he refuses to talk about his childhood. How can he keep his family safe in this new land when the weight of his history threatens to drag them down?

“Spanning continents and generations, Peach Blossom Spring is a bold and moving look at the history of modern China, told through the story of one family. It’s about the power of our past, the hope for a better future, and the search for a place to belong.” 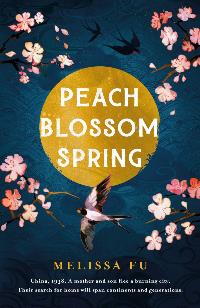 In Peach Blossom Spring, we follow Meilin and Renshu, a mother and her small son, as they escape their burning home city of Changsha, China, in 1938. They move to Chongqing, then Shanghai, before being able to settle long-term in Taipei, Taiwan. Renshu goes on to study and work in Illinois and New Mexico in the US, changing his name to Henry in order to integrate.

Other family members make recurring appearances, and friends come and go as the pair experience tragedies and traumas, and find ways to live with the memories of all they’ve been through.

I came to this book knowing next to nothing about the Second Sino-Japanese War or the Chinese Civil War, so I learned a lot of new things by reading it, which is always welcome. The author’s descriptions of life in China during this period are exquisitely detailed, from the landscapes the characters travel across and cities they inhabit, to the food they eat and the clothes they wear.

While national and international events are the prime movers behind the characters’ migrations from place to place, it’s the Dao family’s particular experiences, personalities and relationships that make their story unique and compelling.

Virtually from the start, Meilin is in a sad and difficult position as her husband, Xiaowen, is lost to the war. Tradition dictates that she’s still part of his family, so she and Renshu flee alongside her haughty sister-in-law Wenling and young nieces Lifen and Liling, with Xiaowen’s commanding brother Longwei smoothing the way for them. However, Meilin is independently-minded and resourceful, traits that made me really like her as a character.

When one of the many tragedies of the story pushes Meilin’s already tense relationship with Wenling to breaking point, she and Renshu strike out on their own. She forms quick, mutually beneficial alliances wherever she goes by being observant and making herself useful, and that’s how they survive. There is a point, though, when desperate times result in a horrific event that changes how Meilin sees herself and causes her to turn away from one possible future.

The far-reaching effects of trauma also shape Renshu’s adult life as Henry in the US. He marries American Rachel and they have a daughter, Lily, but he refuses to tell them much about his childhood and prevents Lily from exploring her Chinese heritage. This results in an identity crisis for Lily, who doesn’t look like her white peers but can’t relate to other people with one or two Chinese parents either. Over the last few chapters of the book, it’s a thrill to watch Lily find herself as she finally gets to hear stories of her Chinese family’s past.

Fu’s inclusion of a few Chinese fables, which Meilin tells to Renshu from a treasured illustrated hand scroll, adds a great extra dimension to this novel. It brings the stories to a new audience, while their messages help young Renshu to deal with what’s going on around him. They also made me think about how we tell - and sometimes change - stories for different uses, and put me in mind of two other excellent reads, Kristen Loesch’s The Porcelain Doll and Sarah Armstrong’s The Wolves of Leninsky Prospekt, which use Russian fairy tales (albeit ones the authors created themselves) to similar ends.

Peach Blossom Spring is a brilliantly detailed and searing story of survival, the effects of trauma, and the power of stories.