“Worn down by a job he hates, and a stressful family life, middle-aged, middle class Bradley picks up a teenage escort and commits an unspeakable crime. Now she’s tied up in his warehouse, and he doesn’t know what to do.

“Max is homeless, eating from rubbish bins, sleeping rough and barely existing – known for cadging a cigarette from anyone passing, and occasionally even the footpath. Nobody really sees Max, but he has one friend, and she’s gone missing.

“In order to find her, Max is going to have to call on some people from his past, and reopen wounds that have remained unhealed for a very long time - and the clock is ticking…” 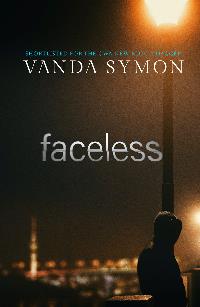 Faceless, by Vanda Symon, is an absolute powerhouse of a crime novel. It’s dark, gripping and thought-provoking, with enough violent and/or unpleasant scenes to get the story across without tipping over into gratuitousness, and little need for twists. What really kept me reading was wanting to see what Max would do next to find his missing friend, Billy (short for Vilimena), and the hope he would succeed in doing so.

This book explores the best and worst humanity has to offer. On the one hand, there’s Bradley. Selfish, entitled, and with an inferiority complex, after a particularly stressful day at his accounting job, he totally loses it. He picks up 18-year-old homeless sex worker Billy, and when he perceives that she’s mocking him, he knocks her out and kidnaps her.

On the other hand, there’s Max. A dirty, dishevelled figure of pity and contempt, people smell him without really seeing him. Since he and Billy first met on the streets, they’ve struck up an unlikely friendship and looked out for one another. He’s the only one to even notice she hasn’t returned to their usual spot, or to know she wouldn’t just take off without telling him.

But can Max persuade the police that a crime has been committed? He’s persona non grata at the police station, partly because of the state of him, and partly because he was a detective himself before a fatal mistake cost him his career, and so much more besides. He’s going to have to persuade some people who have every reason to be angry with him to help, and confront his demons in the process. He’s resourceful and retains his talent for investigation, but there’s a limit to what he can do on his own.

The characters in Faceless are brilliantly complex in terms of appearance and reality, good and bad - and without giving too much away, the ending adds to their complexity. Bradley isn’t portrayed as a complete monster throughout the book - there are points where he’s horrified by what he’s done and could turn away from the darkness - but unfortunately, the taste he acquires for power and violence wins out.

Max has a good heart, but is haunted by the tragedy that led him to abandon his family. His initial reluctance to engage with the police and other useful contacts could prove fatal for Billy; he has to make an active choice to be brave and do the right thing, even though it causes him a considerable amount of emotional pain.

Billy, meanwhile, is so much more than what many people might think if they saw her selling her body on the notorious K Road. She’s a talented street artist with a love of myths and legends from her Filipino heritage. We learn that she’s on the streets through no fault of her own; her devout parents kicked her out, yet they refuse to believe they’re in the wrong, even when they get an earful from their church leader. And that’s not the only time someone in the book sticks with a belief despite being presented with conflicting information.

Symon doesn’t shy away from the harsh details of life on the street, with Max experiencing upsettingly poor treatment from underworld characters and police officers alike as he tries to find his friend. However, there are also moments where he receives sympathy and help from people, which made my heart swell.

Faceless is a hard-hitting, tense thriller that shows the best and worst of humanity. 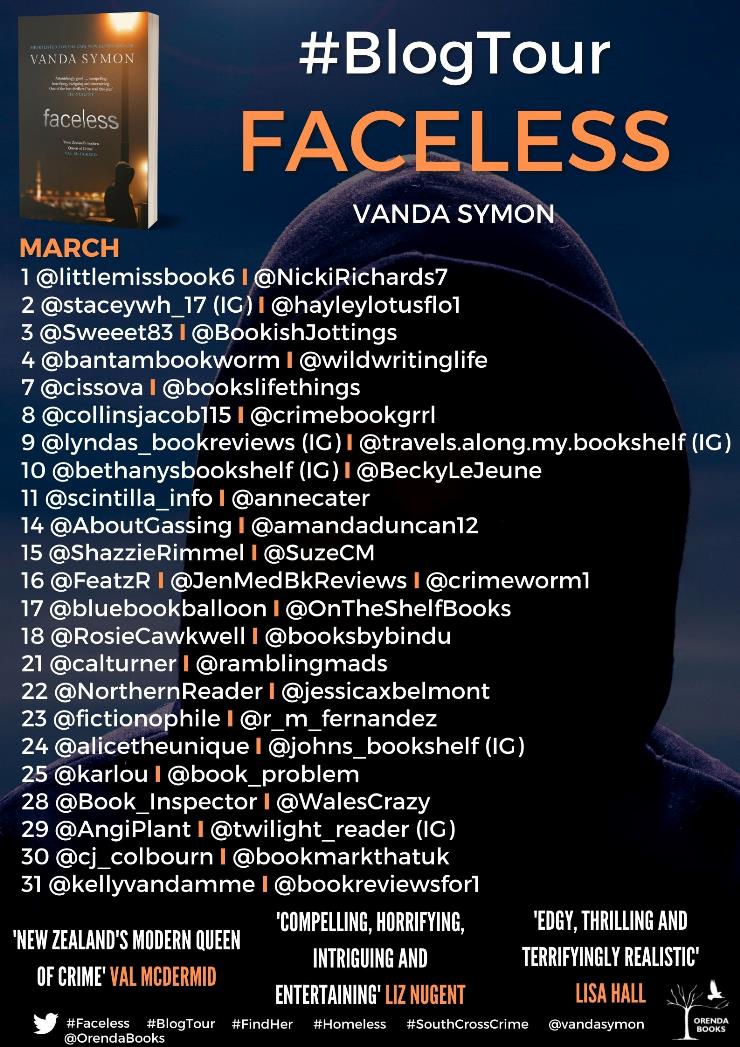