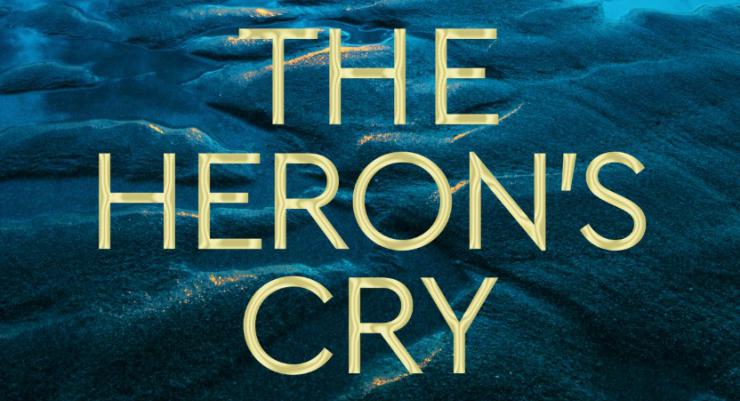 “North Devon is enjoying a rare hot summer with tourists flocking to its coastline. Detective Matthew Venn is called out to a rural crime scene at the home of a group of artists. What he finds is an elaborately staged murder – Dr Nigel Yeo has been fatally stabbed. His daughter Eve is a glassblower, and the murder weapon is a shard of one of her broken vases.

“Dr Yeo seems an unlikely murder victim. He’s a good man, a public servant, beloved by his daughter. Matthew is unnerved though to find that she is a close friend of Jonathan, his husband.

“Then another body is found – killed in a similar way. It’s not long since Matthew’s returned to North Devon with Jonathan, after 20 years estranged from his deeply religious family, now he finds himself treading carefully through the lies that fester at the heart of his community and a case that is dangerously close to home…” 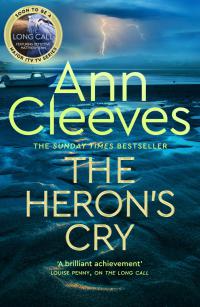 In The Heron’s Cry, by Ann Cleeves, we follow detective Matthew Venn and his team as they investigate two separate deaths where the victim has been killed by a shard of glass from one of local artist Eve Yeo’s creations. Eve clearly isn’t the perpetrator, so the use of her work adds an extra dimension of drama and mystery to the case.

The detectives suspect that the first victim, Dr Nigel Yeo - Eve’s father - came across a piece of information in his work managing a patient feedback service that someone doesn’t want to come to light. But his movements prior to his death are unknown, and when the second victim is found dead, it’s not at all obvious where they fit in.

Cleeves always excels at putting the setting and relationships between the characters at the heart of the story. In The Heron’s Cry, we meet wealthy financier Frank Ley and his tenants - Eve rents a flat and studio, as does fellow artist Wes Curnow, and the Grieves, a family of four, lease a farm. A lot of the action happens on Ley’s property, so we return there again and again and get a real feel for the place.

We additionally come across the Mackenzies, who run a local bar and recently lost their son to suicide. There’s also Roger Prior, who heads up the local hospital trust, and his wife Cynthia. The story’s pace means we gradually get to know these characters’ secrets and uncover the web of connections between them, as well as the deceased, and it’s so satisfying when it all comes together in the end. I had no idea who the perpetrator was until the big reveal!

I always look forward to reading a new book in one of Ann Cleeves’ series because it feels so much like I’m ‘coming home’ to characters I know and love from the previous books. Even though The Heron’s Cry is only the second Matthew Venn novel, I still got that feeling of warmth from being reunited with him, as well as other characters from The Long Call.

I loved both watching Matthew carry out his detective work in his thoughtful, thorough way, as well as at home, interacting with his lovely husband Jonathan. This book builds on the previous one by giving us more of an insight into Matthew’s strained relationship with his mother, which is starting to mellow somewhat, so it will be interesting to see where Cleeves takes it next.

I also enjoyed revisiting the Woodyard, which Jonathan runs, and getting re-acquainted with Lucy, a young learning disabled woman who works there and played a crucial role in The Long Call. It was also nice to catch up with Matthew’s colleagues Jen and Ross and find out what was going on for them outside of work.

The Heron’s Cry is an immersive and gripping mystery with brilliant characters. 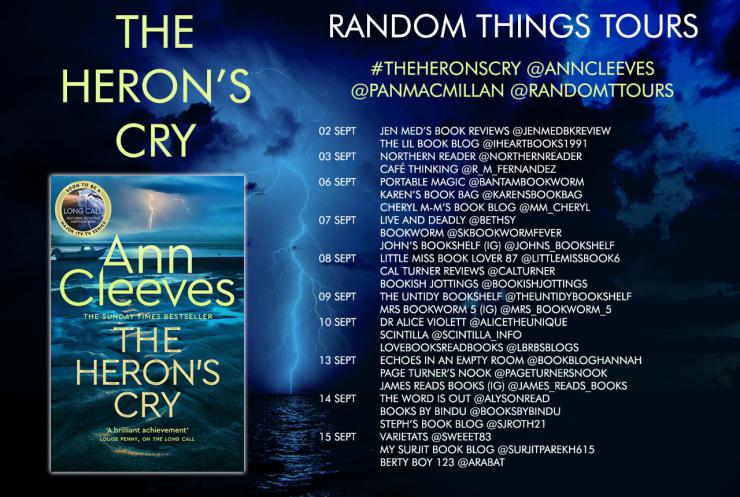