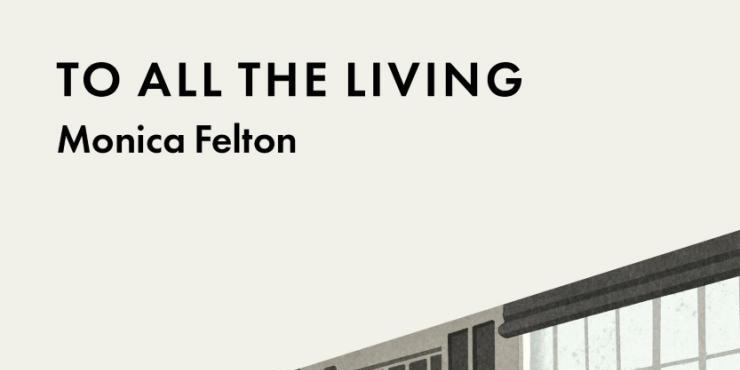 “First published in 1945, To All the Living takes place in a munitions factory throughout 1941 in Blimpton, a place ‘so far from anywhere as to be, for all practical purposes, nowhere.’

“The novel gives a lively account of the experiences of a group of men and women in the factory from both a top down and bottom up perspective, detailing the triumphs and tragedies of a diverse list of characters. It is wide-ranging in the themes it touches on, including class, sexism, socialism, fear of communism, workers’ rights, anti-semitism and xenophobia.

“Much of it was based on the author’s own experiences in the Ministry of Supply in the first years of the war, and it is one of the best depictions of factory life during wartime, providing the reader with a fascinating insight into this vital aspect of Britain’s home front.

“Factory work, as depicted in the novel, could be exhausting and repetitive, with workers often receiving low pay. Initially work was on a voluntary basis which meant there was always a shortage of labour. As the war progressed, conscription for women was introduced in December 1941 to help stem the shortages.

“By 1945, 6.7 million women were contributing to the war effort out of a population of 48 million with a further 2.5 million in the voluntary sector. Only the Soviet Union mobilized a higher percentage of women for the war effort and the novel reflects the experiences of a tiny proportion of these women.” 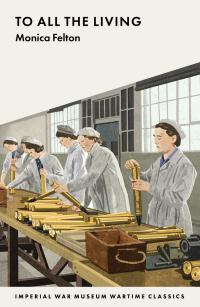 In To All the Living, by Monica Felton, we follow the day-to-day experiences of several men and women working at the fictional Blimpton munitions factory, from those who run the factory, to those working in the shops, as well as medical officers, middle management, administrative staff and others.

The author herself worked in the Ministry of Supply during the War, and consequently, this novel is a fascinating corrective to popular images of munitions factories being efficient, well-oiled machines staffed by young women who were excited to live independently and earn some money.

At the top, leaders transferring their skills from other industries (because how can anyone have relevant experience when there hasn’t been a war for 20 years and new weapons are continually being developed anyway?) have to wing it while finding central government more of a hindrance than a help when it comes to funding, staffing and supplies.

As with any workplace, personalities and agendas clash, and there are farcical scenes where it becomes apparent the left hand has been acting independently of the right hand, and the managers scramble to respond to unexpected visits from the Minister, Lord Outrage’s unhelpful representative, Alfred Gunn. We see a lot of Assistant Superintendent Dan Morgan in particular, a character who is ultimately likeable and well-meaning, but struggles to be effective as a result of the obstacles mentioned above.

For the female workforce in the shops, meanwhile, the work - when the supplies actually turn up - is repetitive, dirty, dangerous, and poorly-paid, and life outside of the factory is little consolation. Women who live on the on-site hostel (once it’s actually built) can’t do much with their leisure time because Blimpton is so far from civilisation.

Meanwhile, those who live in the nearest town, Dustborough, face a lottery over whether or not they’ll be billeted in a nice household, and have to travel miles each way on notoriously unreliable staff buses. It is cheering, though, to see that the women don’t just put up with things, and to see characters such as Ma Venning and Norah McCall flourish and make a difference in their own ways.

The author’s gift for human observation means that although there are a lot of characters, the insightful, sometimes quirky way she describes them, and the glimpse we’re given of their inner thoughts, makes them instantly distinctive and recognisable whenever they reappear. As well as Dan Morgan, Ma Venning and Norah McCall, standout characters for me were shop workers Griselda Green and Doris Chandler, and assistant medical officer Ruth Aaron.

For the most part, the book trundles along through the workers’ day-to-day interactions and grievances, but every now and then, there’s a development that takes you aback, as something devastating happens to a character you’ve grown attached to - it is wartime, after all. This is a long novel, and at the end I felt like I would miss many of the characters and wanted to know what happened next for them.

To All the Living is an fascinating and realistic portrayal of life in a World War II munitions factory, featuring sharply-observed and well-described characters. 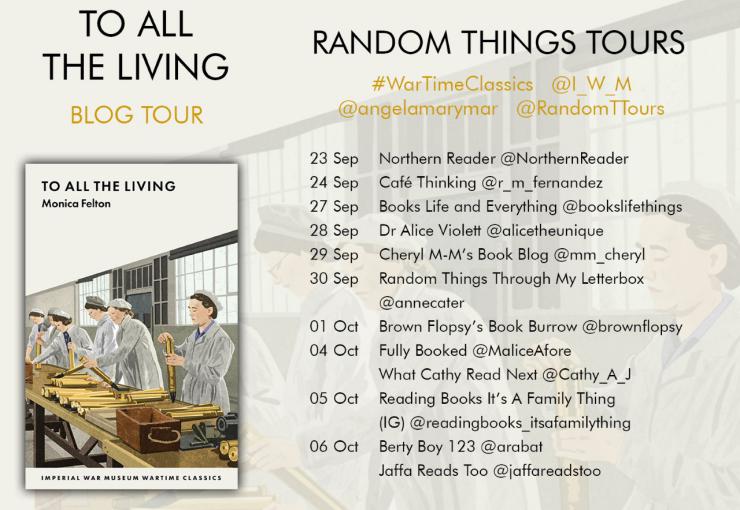