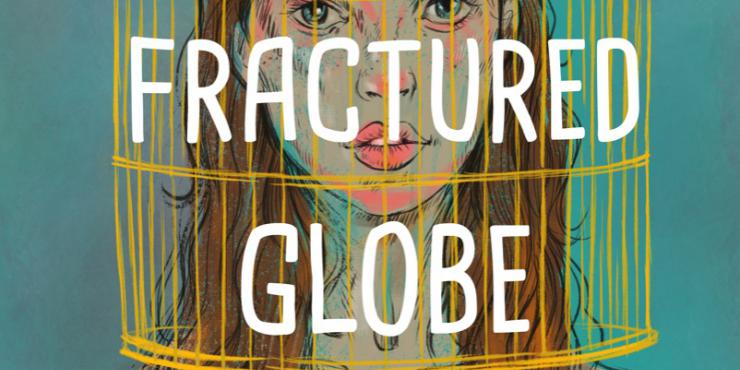 “Single mums Tia and Kay meet when their sons are born on the same day.

“Tia is a product of the welfare system but wants a better life for her son. Her entrapment by her manipulative and controlling boyfriend in the world of drink, drugs, crime and enforced prostitution suggests otherwise. Is she a ‘born devil’ or can she change and break free?

“Kay comes from a stable home but sacrifices it all, initially, to live her own kind of life.

“Overshadowed by betrayals, mistakes, regrets, and the mystery of an abandoned child, their paths – and those of their families – run parallel or criss-cross over twenty-five years.

“Can determination and the power of the snow globe offer a chance of happiness? 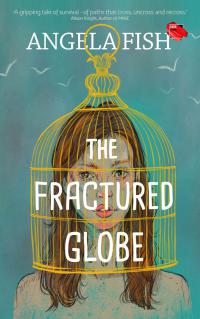 I found The Fractured Globe, by Angela Fish, a highly engaging drama that sympathetically explores the complexities and nuances of social issues. I enjoyed following Tia and Kay, and their sons Luke and Adam, over the course of twenty years and seeing how things turned out.

Kay is in her late teens when she becomes a single mother to Adam. While she’s estranged from her parents, she’s well-educated and comes from a stable background, so she’s well-equipped to navigate the benefits system and set up home for herself without attracting the attention of social services. While she has her struggles, she generally finds that the people she meets believe in her and are willing to help her.

Tia is also in her late teens when she has Luke, on the same day. Right from the maternity ward, she’s treated differently to Kay because she’s care-experienced, covered in bruises and doesn’t have a fixed abode. Terrified that social services will take Luke away from her and that her violent ex, Jake, will find them, she discharges herself from hospital and invites herself to stay at Kay’s flat.

Kay is keen for Tia to move on after a few months, and becomes suspicious when she brings home money and high-value items she claims to have earned through cleaning jobs or picked up at second-hand sales. When it becomes clear she’s outstayed her welcome, Tia rapidly runs out of options and her and Luke’s lives end up in a terrible mess.

Tia’s story raises questions about nature, nurture, and luck. It’s really not her fault that she had such an unsettled childhood or got caught up in drink and prostitution thanks to Jake. It’s sheer bad luck that Tia and Luke end up in the situation they do, and clear that Tia is offered little choice but to go along with things. It doesn’t help that so many of the people she encounters jump to conclusions about her and treat her poorly based on their assumptions, perpetuating her situation.

The author treats Tia with understanding and sympathy, so you can see the reasoning behind some of her decisions, even if you don’t agree with them yourself. Even so, there are parts of the book where it is possible for Tia to make better choices and it’s on her that she fails to do so, with awful consequences. I did feel really sad to watch her initial resolve to be a good mother wither away.

Although things go so horribly wrong for Tia and Luke, The Fractured Globe isn’t necessarily a gloomy read. Without giving away too much of the story, there is an overall message of hope and redemption. While some characters, such as the midwives and Kay’s mum, are judgmental and snobby, we also see characters, such as Kay’s aunt Janet, who believe in second chances and make a real effort to understand and help people like Tia.

The Fractured Globe is gritty, moving and sympathetic. 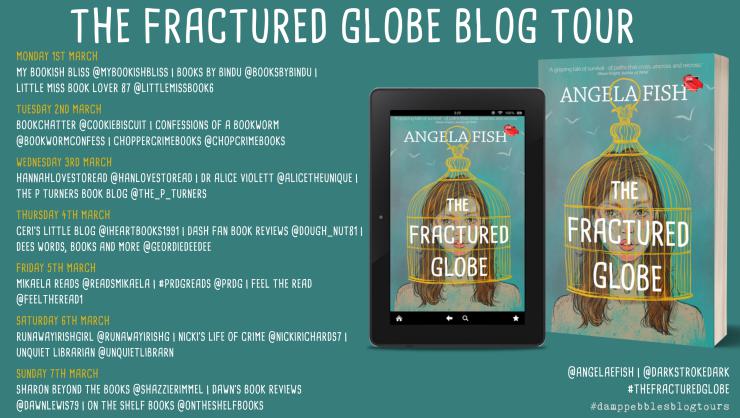