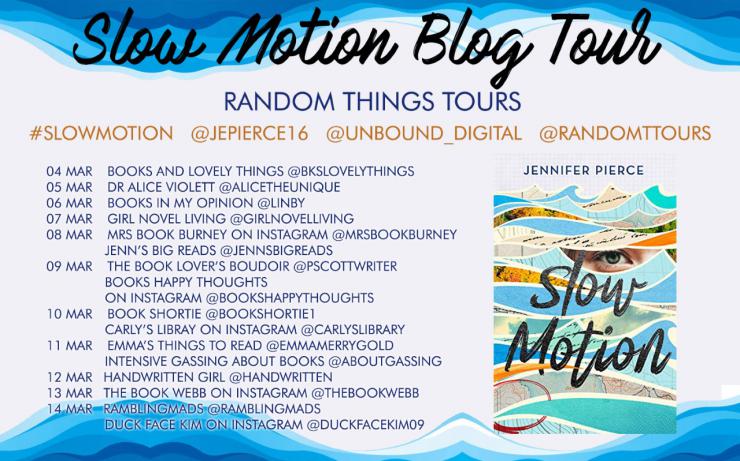 “Angela has always been everything people in Westview want her to be. She’s supposed to be happy here, but she’s starting to see all the flaws in her seemingly-perfect life and she’s afraid that everyone else will notice, too. Now, she wants something more than small towns, something bigger than the life planned out for her by a family that has designed and destroyed reputations in Westview for generations.

“Owen knows that history can be a lot of lies depending on who tells the story and he’s just discovered the truth about how Westview became a drowned town a century ago. But all he wants is to run away from his own past, from the bad decisions he’s made and the tragedies still haunting him. He’s focused on the future and proving people wrong, even though that means keeping secrets from his friends.

“Long before they understood the rumours and grudges that rule their hometown, Angela and Owen were friends for one perfect summer. Now, as they navigate their senior year of high school and Westview celebrates its Tricentennial, they are reunited, discovering truths about themselves, each other, and the ways their community has been shaped by secrets, lies, and a devastating obsession with perfection.” 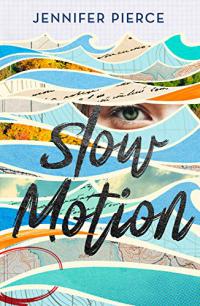 In Slow Motion, by Jennifer Pierce, we follow Angela Witney and Owen Emory over the course of their senior year. With the exception of one idyllic childhood summer when they shared a babysitter, they have always moved in separate social worlds - until Owen tells Angela something she didn’t know about her family’s past.

Already starting to feel disillusioned by the fake ‘perfect’ world she and her circle inhabit, Angela secretly drops a bombshell on her family’s reputation, ditches her friends to spend more time with Owen, and tries to strike out on a different path to the one her parents have paved for her.

Pierce is very generous with description, particularly capturing the essence of late summer/early autumn for children and young people; making Westview and Cherwell, its nearest city, feel like real places; and making the outfits Angela wears and draws sound amazing - even if her family is incredibly materialistic and does not need that many outfits. There were a couple of times where I ended up skimming the details a bit, but that could be because, by those points, I already had such a vivid image of the places in my head that I didn’t need the additional description.

The Witneys’ and their friends’ obsession with appearing perfect, the white picket fence aesthetic, the historical element, and Angela’s rebellion reminded me of Celeste Ng’s Little Fires Everywhere, which I loved. Angela’s parents have her future all mapped out for her - she’s going to go to Walcott College, where they went, continue living in Westview, and eventually take over her father’s property developing company - and they’ve always just assumed she wouldn’t want to do anything different. Why would she?

I had mixed feelings about Angela as a character, which reflects the premise of the book that she only appears perfect. On the one hand, I loved seeing her come alive to the possibility of a different future for herself, and she does come out with some really wise things, particularly about everything blowing over eventually, and how weird it is that it’s still important to her parents that they were Prom King and Queen, decades after the event.

On the other hand, I found it a little extreme that she just starts giving her friends the silent treatment with no explanation or basic civility, and I didn’t like how she keeps her relationship with Owen a secret - according to her, because she wants to protect it from other people’s opinions.

By contrast, I found Owen a really relatable, kind and decent character. Like him, I was the teenager on the edge of the class who formed their own supportive circle of fellow outliers with shared interests and no silly game-playing. He differs from Angela in that he really knows and values his friends, and doesn’t treat them as interchangeable. He’s a hard worker, juggling schoolwork, extra-curricular activities and a job in a department store, and dreams of going to Walcott even though his family might not be able to afford it.

While, before she started questioning everything, Angela would start rumours about herself to obfuscate who she truly was and what was really going on in her life, Owen worries that people in Westview will always define him by events in his family when he was a child and mistakes he no longer makes. Angela wants to move somewhere people don’t already hold certain assumptions and expectations about her; Owen has similar thoughts, but it’s also important to him that people in Westview change what he thinks they think about him. Owen is definitely the more admirable character, but there are things he and Angela can, and at least begin to, learn from each other.