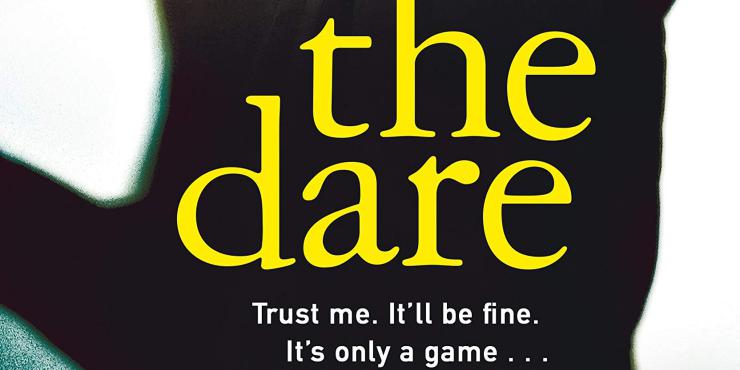 “When she was thirteen, Lizzie lost her best friend in what she always believed was a terrible accident.

“Even though she was with Alice when she died, Lizzie has no memory of the accident itself. Now there is doubt around if it was in fact an accident at all.

“Alice’s friends and relatives seem to suspect Lizzie had a part to play in Alice’s death, but Lizzie knows that can’t be true. She would never have hurt Alice.

“Twelve years later, unpacking boxes in the new home she shares with her fiancé, Lizzie is finally beginning to feel like she can move on with her life.

“But someone has other ideas.” 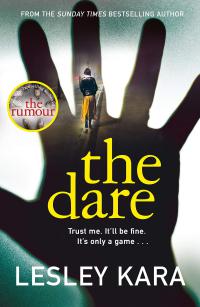 Lesley Kara has done it again! As with The Rumour and Who Did You Tell?, I absolutely sped through The Dare. Her writing is just so smooth - every sentence reads just as it should and you don’t get snagged by a discordant phrase or conversation at any point. Not a word is wasted as she leads you through the heart-thumping dramatic events and revelations of the story - some of which take you completely by surprise.

While, unlike Kara’s previous two novels, The Dare is set in London rather than the small seaside town of Flinstead, Lizzie’s world is so small that it retains that claustrophobic feel. She doesn’t have a job, and the only people she has regular contact with at the start of the book are her parents and her fiancé, Ross. I liked that Lizzie’s parents lived in Dovercourt because I lived there for a few years growing up, so could picture where they lived particularly well!

I had mixed feelings about Lizzie as I made my way through The Dare. On the one hand, I could identify with her experiences as a child - children can be breathtakingly cruel, and Kara captures that brilliantly well - and felt sorry for her as she’d missed out on so much due to epilepsy, and would always suffer from the trauma of her friend dying in front of her.

On the other hand, at the beginning of the book I thought Lizzie was a bit drippy and ‘didn’t have much about her’ - but I gradually changed my mind and realised what a strong character she was as she dealt with the reappearance of someone she hoped she’d never see again, navigated the shocking secrets she continually uncovered, and started questioning things she’d been told. She’s actually a conscientious and layered character and it’s a testament to Kara’s writing skill that you get to know her and change your mind over the course of the novel.

Like The Rumour and Who Did You Tell?, The Dare raises questions about complicity. At the heart of the novel are a group of characters who were messed up, in one way or another, by things that happened to them when they were children. By giving the antagonist (or is there more than one? You’ll have to read the book to find out!) a detailed backstory and some redeeming qualities, Kara humanises them and even makes you feel sad for them.

The Dare is addictive, multi-layered and highly readable. 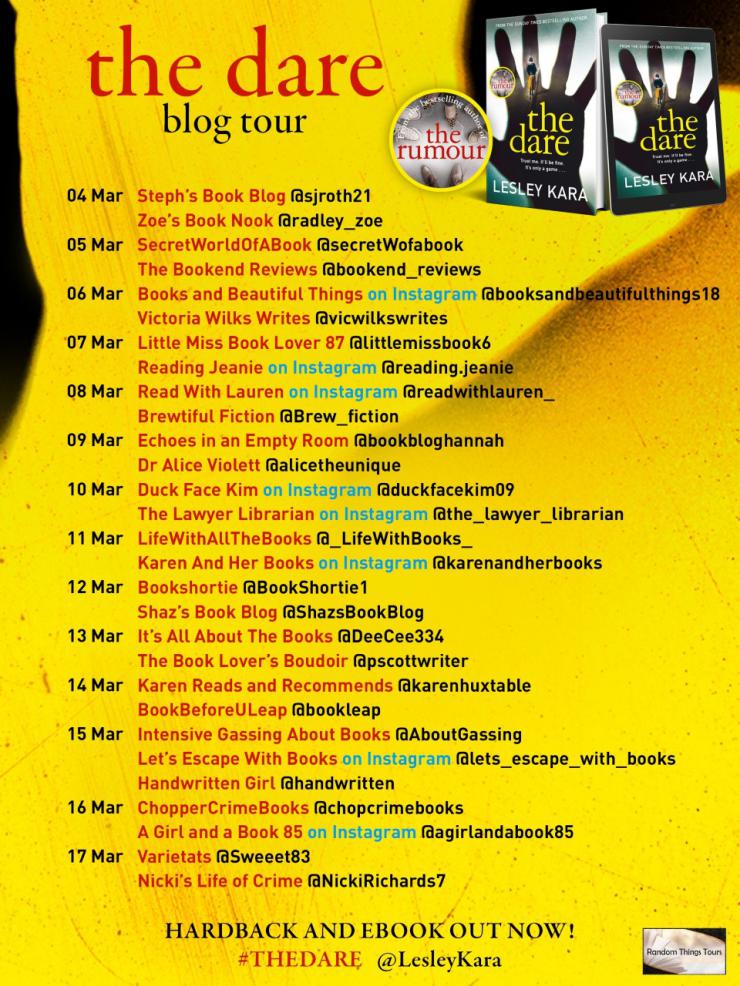