“Every painting tells a story, but what if the women on the canvas could talk…

“Vienna, at the beginning of the 20th century, is an exhilarating social whirl, a city of ideas, of music, of ground-breaking art, led by Gustav Klimt until the arrival of his scandalous protegee, Egon Schiele. Into this world come four women, each with their own story to tell:

“ADELE: passionate, fierce, obstinate. The daughter of a bourgeois family, she rails against the strictures of her class and harbours her own wild fantasies.

“GERTRUDE: spirited, single-minded, possessive. The sister to budding artist Egon Schiele, she longs for an exciting life away from their tempestuous family home.

“VALLY: determined, independent, proud. A model for celebrated artist Gustav Klimt, she has carved her way out of poverty and is now forging a brave new path for herself.

“EDITH: quiet, conventional, loyal. Or is she? Younger sister to Adele, Edith is overlooked and wonders if there is another version of the woman she might become.

“Four flames, four wild, blazing hearts, longing to be known. In an elegant bohemian city like Vienna, everything seems possible - until an act of betrayal changes everything. For just as a flame has the power to mesmerise, it can also destroy everything in its path.” 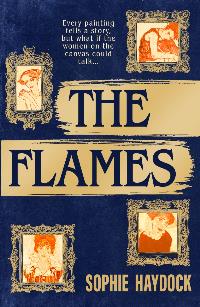 I love The Flames, by Sophie Haydock, so much it’s hard to put it into words or know where to begin! But I’ll do my best. This totally absorbing novel tells the stories of four very different women with one thing in common: they all modelled for controversial artist Egon Schiele.

There’s so much more to them than that, though, and Haydock brings each to vivid life as she creates her own rich pictures of their inner lives, desires, disappointments, and struggles with the expectations of them as young women in the early twentieth century.

Gertrude forms a close bond with her brother Egon during their traumatic shared childhood, and she is his first model. She thought they would stick together forever, so she’s bitter when he builds a separate life of his own, and she acts disdainfully towards the other women in his life.

Vally, an artists’ model from a poor family, makes herself indispensable to Egon, but ultimately to no avail; her lack of social standing renders her unsuitable as a marriage prospect.

Adele wants Egon from the moment she sees him moving in across the street from her well-heeled family’s home, and reacts extremely badly when he asks her sister, Edith, to marry him instead.

Edith wants to get out of Adele’s shadow and have something of her own and, once she’s married, she yearns for a baby and for her husband to give up painting nudes.

We first meet Adele in 1968, 50 years after the main events of the book. She’s a spiky, sad figure, and a huge contrast to the rebellious young woman we get to know in 1912. It’s clear something terrible has thrown her life off-track - but we don’t find out what until the very end of the book, and the tragedy of it all just ripped my heart out.

We see two Viennas in the main story of The Flames. The version Adele and Edith inhabit in 1912 is pure escapism; they live in a luxury apartment, enjoy the opera from a box, and dress in their finery for fancy balls. Just a few short years later, though, the First World War has reversed the family’s economic fortunes, and the city is laid low by shortages and a flu pandemic. By taking us back to Gertrude and Egon’s upbringing in Tulln, and following the characters on trips, the author also treats us to rich, evocative descriptions of other parts of Austria.

There are a few compelling themes running throughout the book. The obvious one is the limitations on, and expectations of women due to their sex, class, and the social mores of the day. The tyranny of contemporary notions of impropriety is another, as Egon faces opprobrium for his choice of subject matter, and Adele is not allowed to express her all-consuming desire for him. Attitudes towards people with mental health issues at this time also come out in the experiences of Adele and the syphilitic father of Egon and Gertrude, and siblinghood is also a theme as Egon and Gertrude, and Adele and Edith, experience changes in their relationships.

I also appreciated a theme The Flames has in common with other books I’ve enjoyed, such as Whitney Scharer’s The Age of Light, Polly Samson’s A Theatre for Dreamers, and Brigitte Benkemoun’s Finding Dora Maar: the appalling way some famous male ‘maverick’ artists treated their partners and muses, and the erasure of these women’s own characters and talents.

The Flames is rich, captivating, and ultimately heartbreaking. 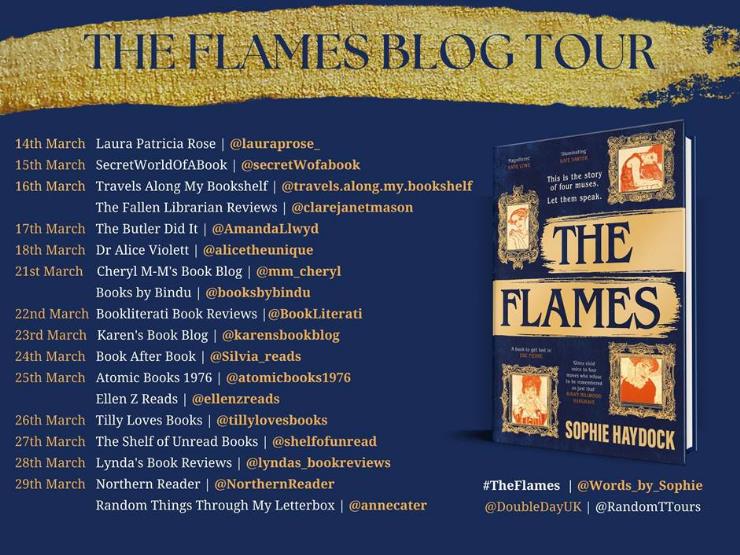