“Rachel Lambert leaves London afraid for her personal safety and determined to uncover the truth behind the sudden death of a homeless man with links to a country house hotel called Hare’s Landing.

“New York-based crime reporter Caroline Kelly’s career is threatened by a lawsuit and she needs some thinking space away from her job. But almost as soon as she arrives, Hare’s Landing begins to reveal its own stories - a 30-year-old missing person’s case and the mysterious death of the hotel’s former owner.

“As Rachel and Caroline join forces, it becomes clear that their investigations are intertwined - and that there is nothing more dangerous than the truth…” 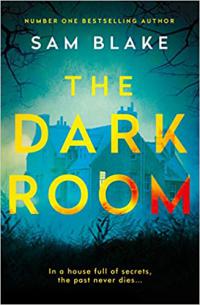 The Dark Room, by Sam Blake, is a clever and thrilling mystery novel that had me racing through the pages. When her houseboat is burgled and her partner, Hunter, is hospitalised after being knocked off his bike, location scout Rachel fears the two events may be connected. To avoid danger, she goes to stay at the newly-opened Hare’s Landing hotel in her native Ireland.

While she’s there, she wants to find out what she can about the origins of a homeless man known as Alfie Bows, who recently died in a fire in a London car park. Alfie was one of the subjects of a documentary Hunter was making about homeless people, and the pair formed a bond. Rachel and Hunter want to know how this well-spoken, talented violinist ended up on the streets, and Hare’s Landing appears to have had some significance to him.

At Hare’s Landing, Rachel meets Caroline, another Irish expat who works as a crime reporter for a New York newspaper but is currently in disgrace with her editor and staying in the Boathouse, on the same site. I loved watching the pair quickly become firm friends; they start by taking meals and going for walks together with Rachel’s adorable dog, Jasper, and go on to pool their resources to solve the mystery of Alfie. Caroline also shows Rachel some of the interesting and poignant discoveries she’s made in the hotel’s furniture, which belonged to Hare’s Landing’s tragic late owner, Honoria Smith.

Someone doesn’t like Caroline poking around, though, and will do anything to stop her and Rachel uncovering the house’s secrets. I enjoyed trying to guess who was behind the strange occurrences at the Boathouse. In fact, there are red herrings, twists, and unexpected connections and revelations all over the place, which regularly turned what I thought I knew on its head and had me on tenterhooks throughout!

I also loved the setting: the author’s rich, detailed descriptions of Hare’s Landing really brought it to luxurious, yet isolated and creepy life. It’s January and Hare’s Landing has only just started operating as a hotel, so Rachel and Caroline are the first and only guests, catered to by a skeleton staff, including hostile housekeeper Mrs Travers. The lack of reliable internet connection only serves to increase their isolation, and makes it all the more challenging for Rachel and Caroline to join the dots.

The Dark Room is a clever, intriguing and atmospheric thriller. 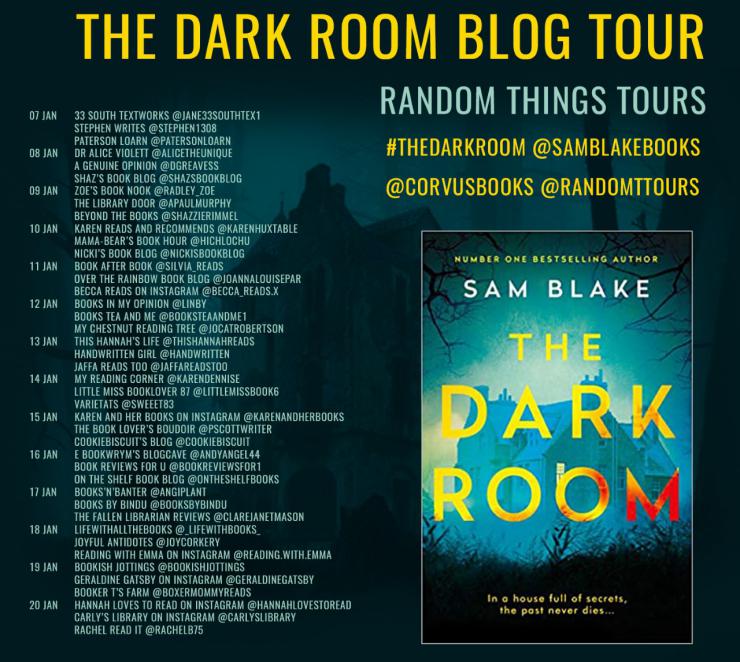