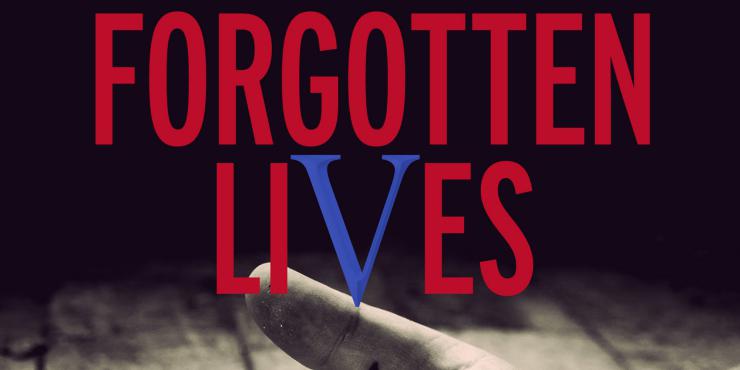 This post is part of a blog tour organised by damppebbles. I received a free copy of the book in return for an excerpt post.

“A man is murdered with quiet efficiency on his doorstep. A strange emblem left behind suggests a gang killing but when more bodies are found with the same emblem, and one of them a cop, DCI Doug Stirling’s investigation takes a sinister turn. 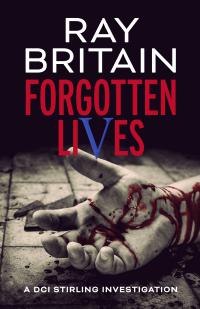 “But what linked the victims in life, and now in death?

“When more deaths are uncovered, miles away and years apart, but all with the same emblem left behind, pressure mounts on Stirling. Is it the work of the same person? If so, why are they killing again, and why here? One thing is clear. The killer is highly skilled, ruthless, and always one step ahead of the investigation. Is someone feeding information to them?

“Working in a crippling heatwave with too few investigators, too many questions and not enough answers, when wild media speculation of a vigilante at work sparks copycat attacks, demonstrations for justice and with politicians fearing riots, Stirling needs a result - fast!

“Meanwhile, Stirling’s private life is falling apart, not helped when Lena Novak of the National Crime Agency is assigned to his team. But is she all that she seems? Things could not get worse. Stirling takes a call from a retired cop. Things just got worse!

“As Stirling closes in on the killer he finds the killer’s trademark inside his home - he is being targeted.” 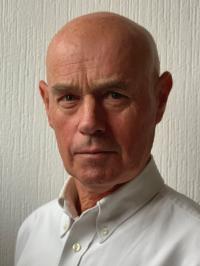 Ray Britain’s second novel Forgotten Lives follows closely on from The Last Thread with a new investigation for DCI Doug Stirling, the toughest of his career.

As a police Senior Investigating Officer (SIO) Ray led specialist investigations. He was also a Hostage & Crisis Intervention Negotiator - a voluntary role - responding to hostage situations, many firearms incidents and numerous suicide interventions, not all of which ended happily.

His roles took him to the USA, India, Europe, Australia and elsewhere, receiving Commendations in recognition for his work. Ray also worked with the Serious Fraud Office and the Home Office, London, and with the City of London Police’s Economic Crime Directorate.

Ray’s real-world experience puts the reader at the heart of a complex, fast moving investigation with all of its uncertainties, stresses and frustrations, and of the dark, bitter sadnesses of people’s lives.

Stirling stared across the thirty yards that lay between him and the dark figure sitting astride the motorcycle, its engine purring rhythmically as the helmeted head turned toward him. Light from the porch behind Stirling barely reached the bike, so that the black clad rider formed an ill-defined presence against the darkness behind.

Stirling now understood his terrible mistake. [redacted] was not the assassin. It was the sinister figure now at his gate, watching him and waiting.

Feeling compelled to act, Stirling took a few steps forward to attempt an arrest but stopped. If he was killed, [redacted] lay defenceless inside the house.

A full minute had passed with no movement, each watching the other intently, when Stirling heard a noise behind him. Stirling shot a wary glance backwards and saw [redacted] slouched against the door frame, her bound hands hidden in the shadow thrown by the light behind her. Her elongated shadow stretched past him to lie across the drive towards the motionless figure on the motorcycle.

Stirling remembered the torch in his hand and directed the beam onto the rider, holding it steady on the helmeted head. The action seemed to precipitate a decision, as the helmet dipped against the glare, the engine pitch rose, and the front wheel was turned towards the house. Without taking his eyes off the bike which had begun to roll forward, Stirling edged his way back towards the house.

The sound of a high-powered car being driven at speed from the direction of the main road stopped Stirling in his tracks. Bright halogen headlights raked across fields as the car crested a rise and then dropped again to forge a path through the darkness. Around the motorcycle which had stopped, light was starting to build, but it did not move.

The rider had twisted on the seat of the motorcycle to watch the advancing car. Then, with unhurried deliberation, an arm was raised and pointed at Stirling who thought a hand gun was being aimed at him. Light from the doorway behind him was silhouetting him perfectly and even if the shot missed him, …. was directly in the line of fire. Expecting to die, Stirling stepped sideways to shield [redacted].

No shot came. As light around the motorcycle grew stronger, Stirling saw that the gloved hand was in fact empty, and that the rider was pointing at him. The hand dropped to the handlebars and the bike sped off, away from the fast-approaching car.

Helpless to do anything about it, Stirling felt an impotent rage as he listened to the bike’s powerful engine gather speed and, several hundred yards further on, a light flare into life and snake its way through the twists and turns that led away to other backroads and the dark countryside beyond.

A groan behind him made him turn.