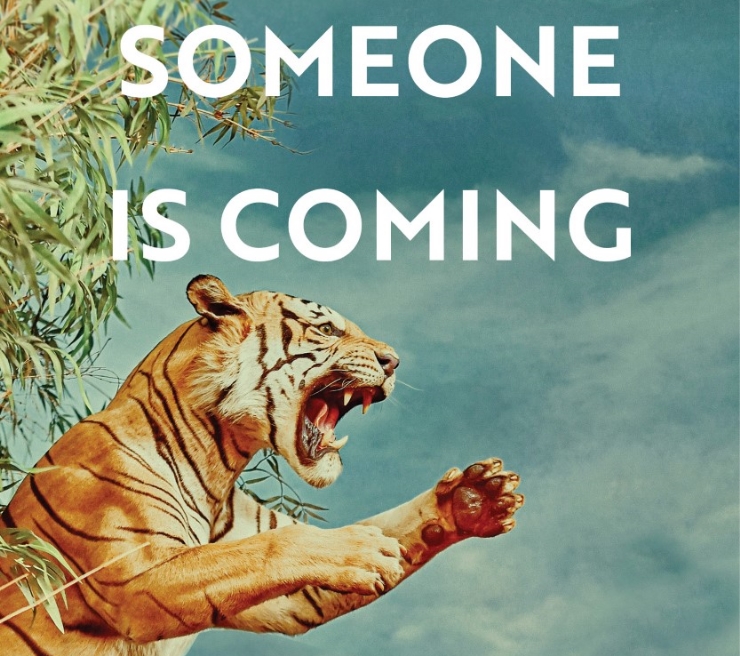 ‘Memories come thick and heavy like the rains that fall in the jungle. Dense droplets wash the leaves and soak into the ground, cleansing the acrid smell of rubber, cleansing the jungle of its sins. I hear my mother’s voice. No more secrets, Philip, I promise. Someone is coming, get ready.

‘Philip Goundry is 93 and living out his days quietly in a care home in England when a young researcher from Singapore arrives, wanting to learn more about his former life in Malaya for the Singapore archives.

‘His memory growing fitful, Philip is torn between wanting to unburden himself and staying silent, as he has done all these years, about the sinister and shocking events of his childhood on a Malayan rubber plantation. The truth, however, has a habit of winning.’ 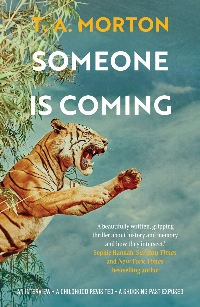 In Someone Is Coming, by T. A. Morton, we learn about 93-year-old writer Philip Goundry’s early life with his parents - both from Scotland - and his older brother, Jimmy, on a rubber plantation in Singapore, as he tells it to a oral history interviewer, Doctor Lin.

At first, Philip curates his story carefully, but as the sessions go on, long-buried memories resurface and he finds himself revealing some shocking truths about himself, his family, and other British plantation owners in the area.

Having been a volunteer oral history trancriber back in the day, and drawn on oral history interviews for my PhD, I’ve always thought someone should write a crime novel where an elderly interviewee comes out with information about historical crimes. I’m pleased to say that T. A. Morton has done a great job with Someone Is Coming by thoroughly considering and making the most of the advantages and drawbacks (which can have value in themselves!) of oral history as a source.

I especially appreciated how Philip doesn’t just come straight out with his secrets, but takes a meandering route in getting to them. Not only does him dropping information bit by bit give the story length, keep you turning the pages, and regularly turn things you thought you’d established on their heads, but it’s realistic, too.

For one thing, Philip begins the interview by giving Doctor Lin what he thinks he wants to hear: a standard description of an idyllic, if hair-raising, colonial childhood, living in a beautiful Malayan bungalow with a hard-working father, loving mother, fun brother, and dutiful servants. He’s aware that public opinion has since turned against the British Empire, so protests that his father was not a cruel employer, and that the local people wanted to work for him.

However, we also have access to Philip’s thoughts, so we know when he’s holding his tongue about something, even if we don’t know the full relevance of it quite yet. Later on, he elaborates on things he previously skimmed over and contradicts earlier statements as his memories spill out and he loses control over his self-presentation.

All this is illustrative of how people use popular ideas as “lenses” to organise, make sense of, and present their memories as coherent “personal myths” to themselves as well as others; and how what someone leaves out can say just as much as what they disclose.

For another thing, agreeing to be interviewed demonstrates Philip’s need to ‘let it all out’ in order to make peace with himself at his time of life, while being interviewed in itself prompts him to think about aspects of his past he’s long-since ignored and shut away. As he finds, once you’ve opened that door, there’s no closing it against the memories that flood out, or the trauma that finally catches up with you.

Quite aside from exercising my oral history geekery, I enjoyed the setting of Singapore in the 1910s-20s, as I got to learn about a place and time in history I knew virtually nothing about before.

I was especially captivated by the supernatural element, particularly the beliefs of Philip’s highly-superstitious amah. This, in combination with the nearby jungle, lack of other children for Philip and Jimmy to play with, and insularity of the local group of British colonists, gives the novel a claustrophobic, tense feel.

I additionally appreciated the repeated use of the title throughout the book. The phrase “someone is coming” can vary so much in meaning depending on the context, from sinister, to comforting, to merely factual. There’s also some ambiguity introduced at the end of the book that I’m still turning over in my head, trying to settle my mixed feelings about it.

Someone Is Coming is a short, thought-provoking historical crime thriller that provided me with a welcome opportunity to geek out. 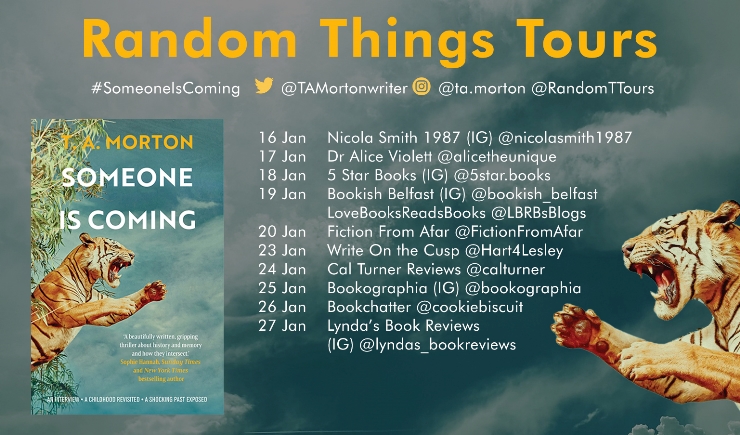