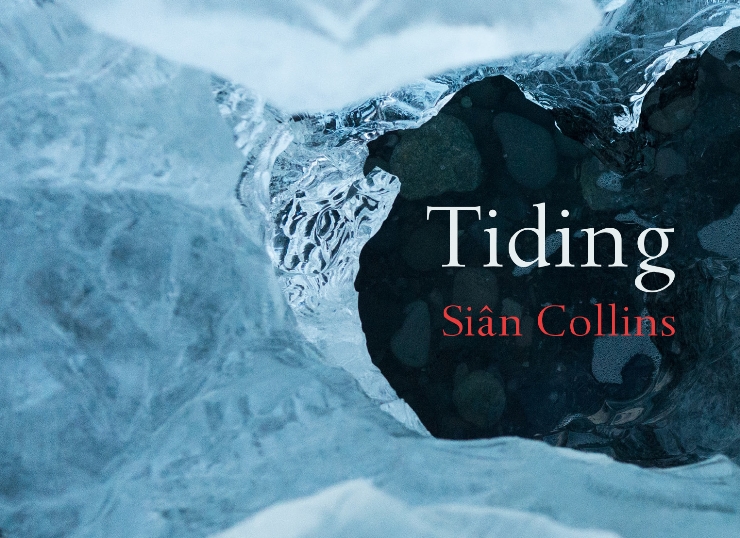 ‘She stands on the margin of the ebb tide. The air is foul, a miasma of things lost or drowned; the reek of dead stuff.

‘As the Great Freeze of 1963 takes hold, local vicar’s daughter Daphne Morgan finds herself forced to navigate the confusing currents of the adult world, where she must face up to her own crimes and what she knows about the murder.

‘A novel about memory and the power of the imagination…’ 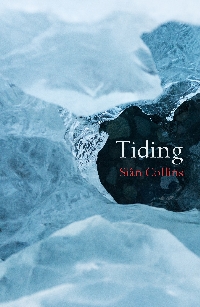 In Tiding, by Siân Collins, we mostly follow ten-year-old vicar’s daughter Daphne Morgan over the winter/spring of 1962-3 in the small town of Glanmorfa, west Wales. After Daphne and some classmates take - and she promptly loses - an old skull from a vault in the graveyard, a string of misfortunes occur.

Daphne’s piano teacher Miss O’Dowd is murdered and a local deaf mute, Johnny Nebo, is charged by visiting London DI Ronald Blight, who just wants to wrap the case up and get back to civilisation as soon as possible; the town gets snowed in, then flooded; Daphne’s friend Martin gets very sick; and more besides.

Daphne becomes wracked by guilt and worry as time goes on, believing that by removing the skull from its resting place and being unable to put it back, she’s unleashed a curse she can’t undo.

I really enjoyed Tiding. With its rich descriptions of places, traditions, and people in the town, and homely settings (particularly the sprawling, cluttered vicarage), it’s evocative and often witty, but there’s plenty of bite and realism too.

I especially loved the interactions between the various members of the Morgan family, which are by turns funny and tender. As well as her constantly-harassed vicar father and classics-loving teacher mother, Daphne lives with her waspish grandmother and melodramatic adolescent sister Sylvia.

I found the relationship between the two sisters particularly heartwarming; while they no longer share a bedroom or go to the same school, they are usually kind to one another, and can turn to each other when they need to.

Collins does an excellent job of conveying the tensions of being ten (something I’ve recently attempted to do in a short story myself!): you’re aware of the serious things going on in the world around you, but you’re not quite there with your interpretation of them yet; you’re starting to see your parents as human beings with flaws, but being in trouble with them continues to be the scariest thing imaginable; you’re still quite impressionable and enjoy childish pursuits, but schoolwork and exams are suddenly more consequential than they used to be.

Having also been a quiet bookworm who was good at spelling but less enamoured with maths, and blessed/cursed with a wild imagination, I could relate to Daphne a lot.

Quite aside from the violent murder of Miss O’Dowd, Collins distances the story from any notion that these were the “good old days” in several ways. She furnishes Johnny with a tragic past that demonstrates both the ongoing impact of WWII losses and the lack of understanding of mental health issues in this period. His treatment at the hands of the police - particularly Blight - as a disabled person shows how far we’ve come since the 1960s.

We also see how the poorest families in the town are disproportionately affected by the extreme weather conditions, while a friend of Miss O’Dowd who turns up in the village came to Britain on the Kindertransport, and lost her family in the Holocaust.

Tiding is evocative and witty, yet gritty, with a relateable young main character. 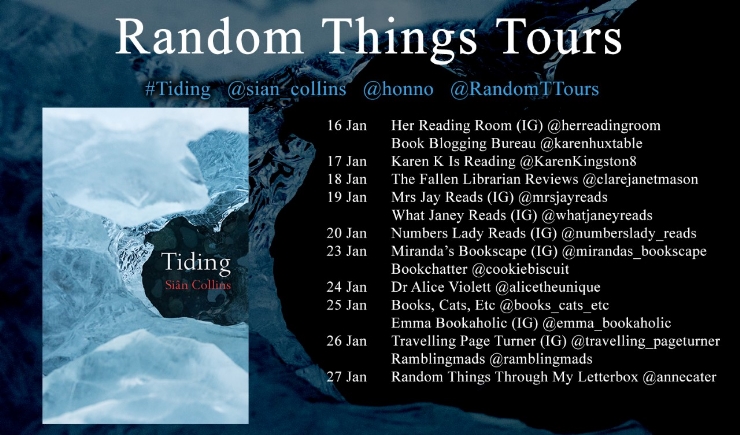