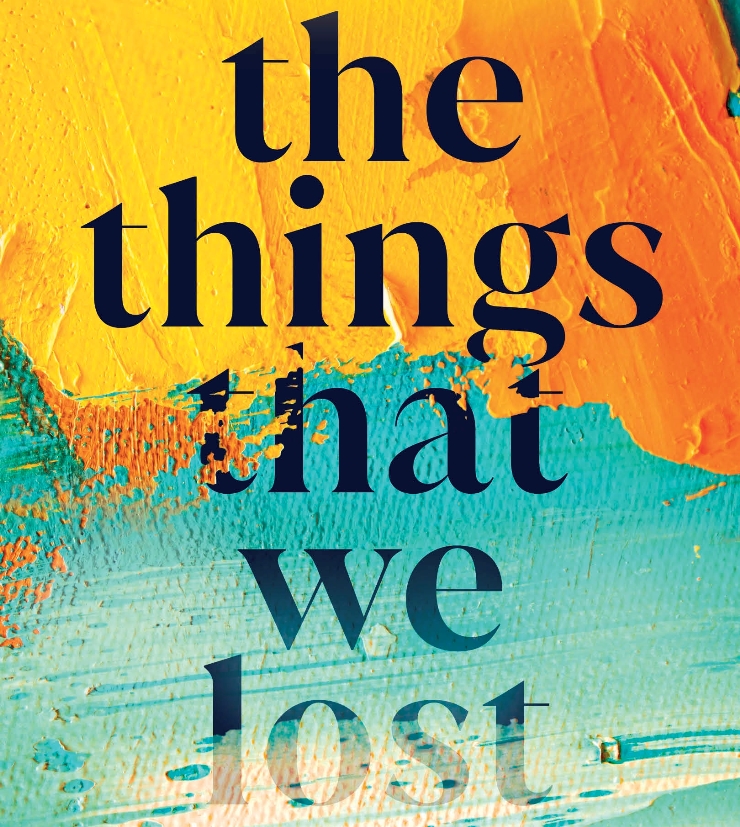 ‘Nik yearns to know more about his father, who died before he was born. His mother, Avani, held hostage by her guilt surrounding his death, refuses to share any information with her son. Nik is forced to create a fragmented image of his father, pulled together from hushed whispers at family gatherings and photos stolen from his mother’s bedroom.

‘When his grandfather dies, secrets are revealed, and everything Nik thinks he knows about his father is turned on its head. Nik makes it his mission to discover the truth about his father and the circumstances of his death, uncovering painful truths in the process.’ 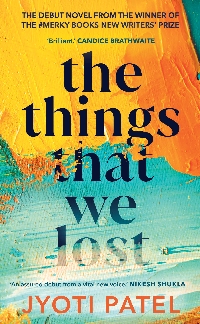 In The Things That We Lost, by Jyoti Patel, we meet 18-year-old Nik and his mother, Avani, in 2017. Both are devastated by the recent death of Avani’s father, Rohan, and Nik experiences even more emotional turmoil when he comes into possession of something formerly owned by his own father, Elliot, who died before he was born.

Avani has told Nik very little about Elliot, and isn’t happy that he plans to keep what he’s inherited. Through Nik’s perseverance, and flashbacks to key scenes in his and Avani’s pasts, we finally get to find out more about Elliot and what actually happened to him.

I loved The Things That We Lost and absolutely inhaled it. It ticks so many of my boxes: lively, witty writing; experiences of second- and third-generation immigrants; a coming-of-age narrative; a suburban London setting; chapters set in the ’70s, ’80s, ’90s and ’00s… just brilliant.

Some of the characters (most notably Rohan, and Nik’s friends) are so lovely, they gave me the warm-and-fuzzies. They reminded me of how, when you’re young, your friends’ families become your friends too, and you miss them when you move to different places or grow apart.

That’s not to say that this book is all sweetness and light, at all. We learn that Avani was abused by her mother, and Elliot was mistreated by both of his parents. These scenes, as well those where Nik faces racism when he goes away to university outside of London, are uncomfortable to read, but necessarily so.

There are other antagonists too, and Avani and Nik aren’t always their best selves. However, you get to know the pair well enough to realise that their behaviour while experiencing a series of significant upheavals isn’t representative of their whole characters. I could particularly identify with their feelings about Rohan’s house, which Avani has to empty and put on the market.

I found the mystery of Elliot utterly compelling - in fact, I think I may have become almost as desperate for answers, and frustrated with Avani for not providing them, as Nik was! Even so, by the end, I could totally see why Avani behaved the way she did, as a result of blaming herself as well as wanting to protect her child from distressing knowledge.

I also found it so interesting how Patel twists certain tropes. It’s original and different that Nik’s white parent is the one whose story requires excavation, and that when Avani and Nik travel to pour Rohan’s ashes into the River Ganga, they are so grief-clouded that they barely notice their surroundings, let alone have profound and life-changing experiences associated with “going back to their roots”.

The Things That We Lost is an absorbing, warm, and brilliant coming-of-age story. 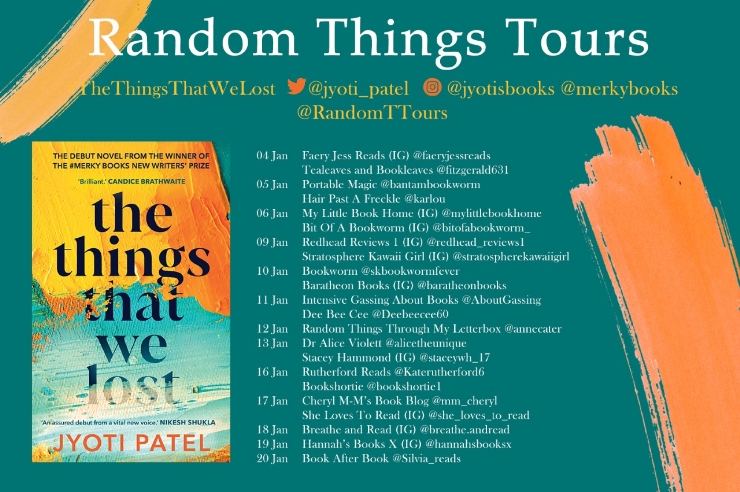