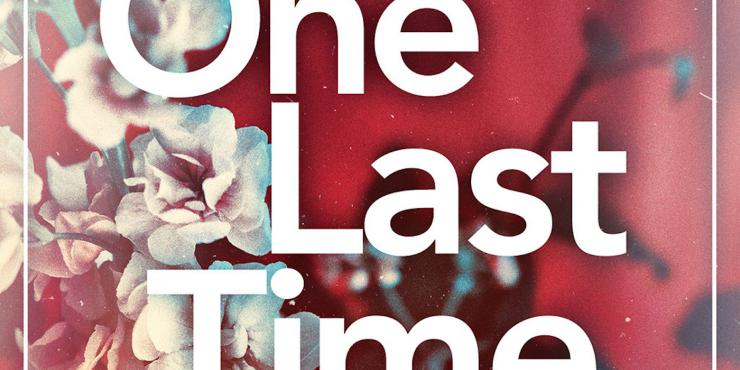 “Anne’s life is rushing to an unexpected and untimely end. But her diagnosis of terminal cancer isn’t just a shock for her – and for her daughter Sigrid and granddaughter Mia – it shines a spotlight onto their fractured and uncomfortable relationships.

“A spur-of-the moment trip to France acts as a catalyst for the three generations of women to reveal harboured secrets, long-held frustrations and suppressed desires – and to learn humbling and heartwarming lessons about how life should be lived when death is so close.” 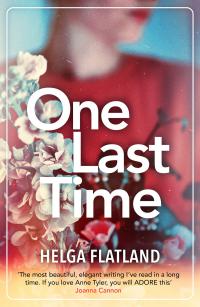 In One Last Time, Helga Flatland takes a deep dive into the effects of a terminal cancer diagnosis on one woman and her family. When Anne finds out how seriously ill she is, she’s determined to carry on as normally as she can, and not depend on her daughter Sigrid and son Magnus for too much help. As her condition deteriorates, she remains headstrong and insistent on making her own decisions - even if it’s to stop treatment.

Sigrid’s relationship with her mother is complicated. She’s always felt that Anne was too busy caring for her disabled father, Gustav, to take much notice of her as a child, and knowing her mother is going to die doesn’t help her to make peace with these feelings. Meanwhile, her teenage daughter Mia is growing apart from her and her husband, Aslak, and closer to her biological father, Jens, who walked out when Sigrid was pregnant at the age of 19.

I found One Last Time highly engaging. It was really interesting to see how the characters, while all knocked sideways, reacted in such different ways to Anne’s diagnosis. Sigrid - a doctor herself - feels a need to take charge despite the complications of her relationship with her mother; Magnus refuses to lose hope and researches experimental treatments abroad; and Mia, having a straightforward relationship with Anne independent of Sigrid, is simply upset. It was heartrending to watch Anne experience worsening symptoms and have to give up more and more of her autonomy.

I was especially fascinated to read about Anne and Sigrid’s history. The story is told from both of their points of view, which was a little confusing at times, but helped you see things from both points of view and have sympathy with both of them. It’s perfectly understandable that Gustav’s care took priority for Anne, and you can see there were times when she was there to support Sigrid, but you still feel like Sigrid missed out in childhood, even if it’s unfair for her to blame Anne to the extent she does.

I also enjoyed the scenes from Sigrid’s everyday life with her family and working as a doctor. You can see how her own experiences of feeling under-parented have led her to over-parent Mia, who is understandably keen to get a bit of space for herself. Her need to look after people also comes across in her interactions with a mentally ill patient, Frida, from whom she struggles to keep a professional, objective distance.

One Last Time is moving, insightful and very human. 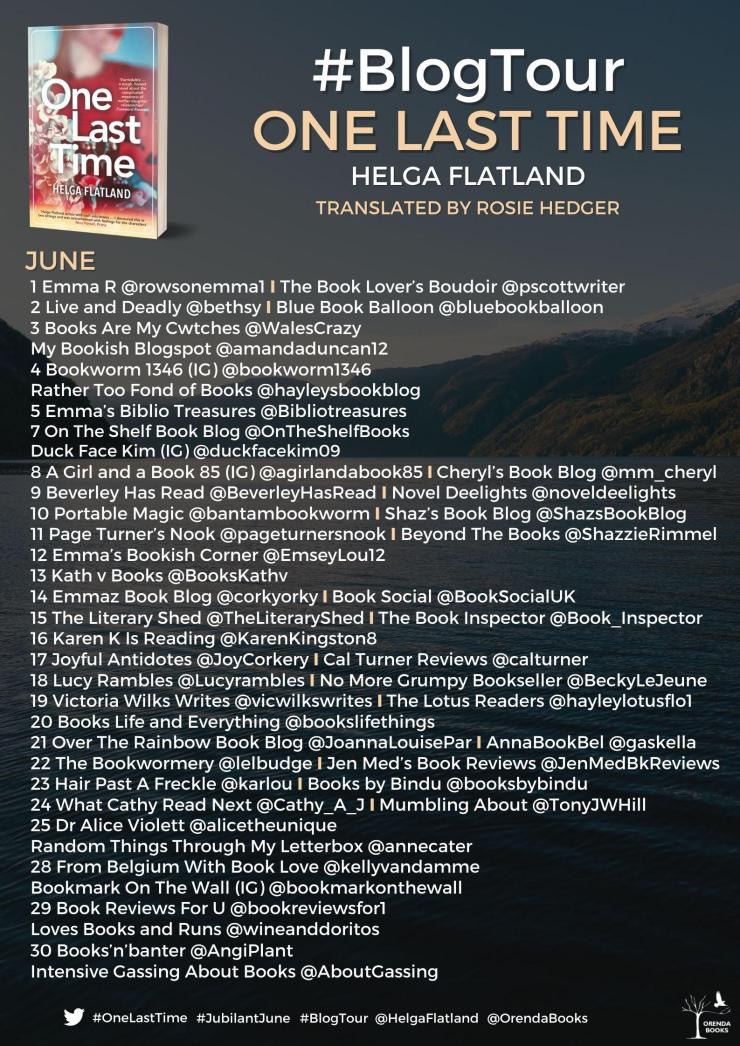