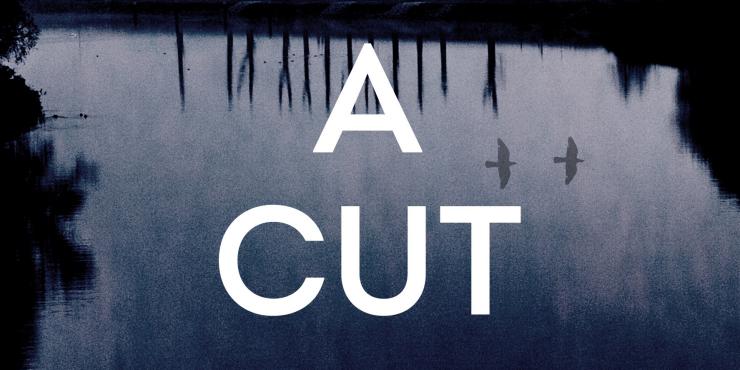 “DI Kate Young can’t trust anybody. Not even herself.

“In the bleak countryside around Blithfield Reservoir, a serial murderer and rapist is leaving a trail of bloodshed. His savage calling card: the word ‘MINE’ carved into each of his victims.

DI Kate Young struggles to get the case moving — even when one of the team’s own investigators is found dead in a dumpster. But Kate is battling her own demons. Obsessed with exposing Superintendent John Dickson and convinced there’s a conspiracy running deep in the force, she no longer knows who to trust. Kate’s crusade has already cost her dearly. What will she lose next?

“When her stepsister spills a long-buried secret, Kate realises she’s found the missing link — now she must prove it before the killer strikes again. With enemies closing in on all sides, she’s prepared to do whatever it takes to bring them down. But time is running out, and Kate's past has pushed her to the very edge. Can she stop herself from falling? 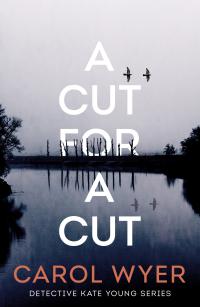 A Cut for a Cut is the first book by Carol Wyer that I’ve read, and I’m sure it won’t be the last. While it’s the second in the series, the author provides enough information that you don’t need to have read the first book, An Eye for an Eye, to know what’s going on. The details she gives intrigued me so much, in fact, that I now want to read the first book to get the full story!

I’m a big fan of police procedurals, and I enjoyed following DI Kate Young and her team as they investigated this series of heinous crimes. While my early guess at who the culprit was proved to be correct, I couldn’t be sure I was right until the tense showdown at the end of the book, as Wyer throws in so many complications and red herrings. I liked the level of detail she included about police operations and forensics, as well as getting to know the various members of team and seeing how they interacted with one another.

Kate is a complex character, as she’s a hard-working and thorough investigator and no-nonsense leader in the workplace, but she’s also vulnerable and lonely. Her journalist husband, Chris, was murdered in the previous book, but she keeps talking to him for comfort and in order to keep him alive in her memory. She knows some of her superiors played a part in his death and is determinedly running her own investigation off-the-books.

Meanwhile, Kate’s stepsister, Tilly, is back in the UK with her young son after a long absence. Tilly’s presence in the story not only gives Kate some much-needed company, but also adds to her backstory and ends up being important to the main plot.

A Cut for a Cut is an engaging, detailed and tense police procedural with a complex and sympathetic main character. 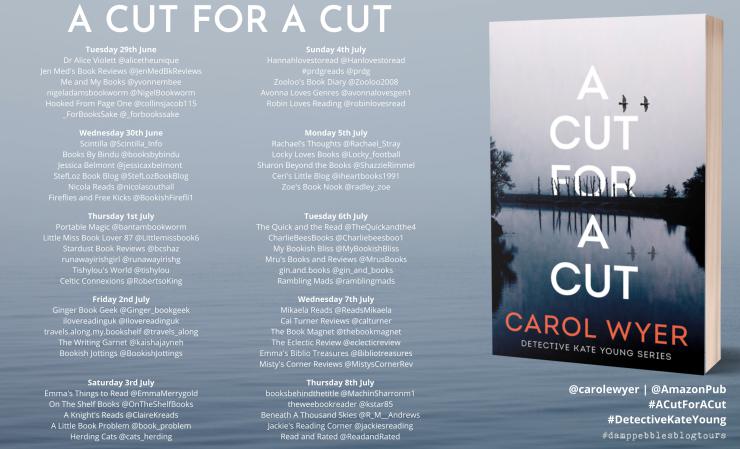