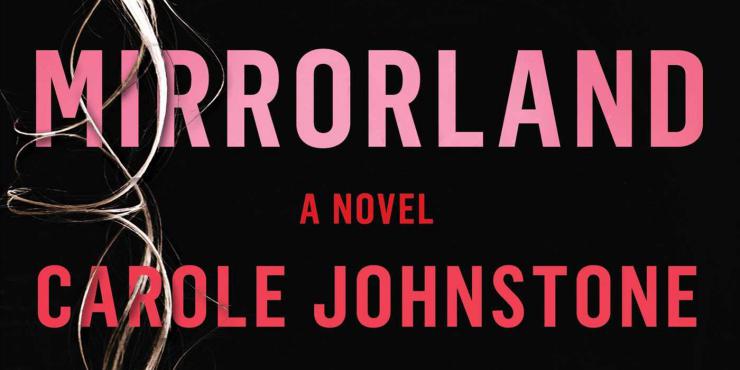 “Cat lives in Los Angeles, about as far away as she can get from her estranged twin sister El and No. 36 Westeryk Road, the imposing gothic house in Edinburgh where they grew up. As girls, they invented Mirrorland, a dark, imaginary place under the pantry stairs full of pirates, witches, and clowns. These days Cat rarely thinks about their childhood home, or the fact that El now lives there with her husband Ross.

“But when El mysteriously disappears after going out on her sailboat, Cat is forced to return to the grand old house, which has scarcely changed in twenty years. No. 36 Westeryk Road is still full of shadowy, hidden corners, and at every turn Cat finds herself stumbling on long-held secrets and terrifying ghosts from the past. Because someone — El? — has left Cat clues all over the house: a treasure hunt that leads right back to Mirrorland, where she knows the truth lies crouched and waiting…” 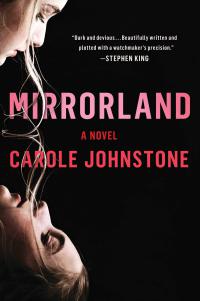 Mirrorland, by Carole Johnstone, combines crime thriller and fantasy elements in a captivating and satisfying way. You’re drawn in by the mystery of Cat’s twin sister El’s disappearance, and stay for the highly imaginative, multi-faceted depictions of the girls’ shared inner world growing up.

Both the crime and fantasy elements of the story are full of twists and surprises. There’s evidence pointing towards both murder and suicide, and you’re constantly being pulled towards one, then the other. And that’s without taking into consideration the mysterious emails Cat is receiving that lead her on a treasure hunt around her childhood home, on which she finds pertinent entries from El’s childhood diary and other artefacts - but to what end?

As for the fantasy side, Cat’s memory isn’t reliable and it turns out not everything she saw as a child was only in her head, and there are also some things she’s struggled to face up to until now. A couple of the big reveals were maybe a little far-fetched, but I was invested enough to suspend my disbelief.

Mirrorland itself is the complex imaginary world the twins created for themselves as a response to growing up in an abusive home. I loved how they incorporated characters from traditional and modern stories, as well as pop culture, and used their stories to make sense of what was happening in their lives as well as entertain and distract themselves.

I’m a total sucker for a secret passage, so I adored how there was one between the main house and the wash-house, and this was where many of the twins’ imaginary adventures took place. One of the few people they saw other than their caregivers was Ross, a neighbouring boy of a similar age to them who came into the wash-house through the skylight.

This book is full of uncomfortably claustrophobic relationships. As suggested above, Mirrorland was El and Cat’s way of escaping their caregivers; they weren’t sent to school, so they were trapped at home with them all the time. Later on, their shared experiences, and differing reactions to them, simultaneously attract them to and repel them from one another, and when Ross chooses El over Cat, repulsion wins and Cat leaves for America.

The twins’ attraction to Ross also has its roots in their childhood experiences, as he becomes the only remaining witness to their childhood; it’s as though no other man can ‘get’ them, but they can’t both have him. However, have they idealised him? And does clinging to him keep them stuck in their traumatic past? As El’s husband, Ross is naturally in the frame when she disappears, and rumours abound that he was cruel to her. Is it wise for Cat to stay in the house with him?

Mirrorland is dark, captivating, and full of twists. 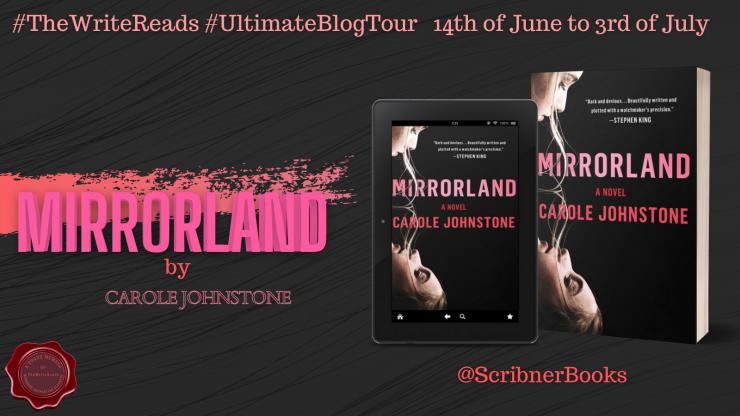