“Heather Harris is a piano teacher and professional musician, whose quiet life revolves around music, whose memories centre on a single song that haunts her. A song she longs to perform again. A song she wrote as a child, to drown out the violence in their home. A song she played with her little sister, Harriet.

“But Harriet is gone… she disappeared when their parents died, and Heather never saw her again.

“When Heather is offered an opportunity to play piano on a cruise ship, she leaps at the chance. She’ll read her recently released childhood care records by day – searching for clues to her sister’s disappearance – and play piano by night… coming to terms with the truth about a past she’s done everything to forget.” 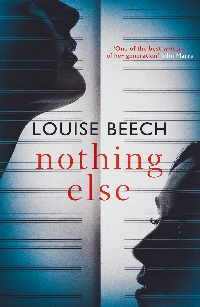 In Nothing Else, by Louise Beech, we go on a literal and metaphorical journey with musician Heather, as she takes a job playing piano on a cruise ship while trying to untangle the mystery of what happened to her beloved sister, Harriet, 37 years previously.

As children, the pair learned to play a piano their mother had won in a raffle and even composed their own pieces, including one they called Nothing Else. They used music to comfort themselves and their mother when their father was in a violent mood.

When Heather was ten and Harriet was eight, they were orphaned and placed in a children’s home. Soon after that, Harriet seemed to disappear into thin air, and nobody told Heather where she went. Heather was eventually adopted by a kind couple who nurtured her into adulthood, but she never ceased to be aware of the empty space beside her on the piano stool.

This is a gorgeous novel that made me feel so many things. First up was a sense of adventure and escapism as Heather took her place on the cruise ship. I loved reading about life on board, both for the holidaymakers and the entertainers, and watching Heather make new friends and win over audiences.

Furthermore, as someone who loves music but is completely lacking in musical competence, let alone talent, I always enjoy the opportunity to live vicariously through characters who are not only ‘good at’ music, but are passionate about it and make their living from it. I would love to be so immersed in music every single day, and create atmospheres and pleasure for people, like Heather is and does.

The scenes from Heather and Harriet’s childhood, meanwhile, are laced with foreboding, and I shared their feelings of fear and helplessness as their father ruled the household with an iron fist. As I learned how they came to be separated, I despaired that that it been allowed to happen, but having read My Name is Why, by Lemn Sissay, it was sadly all too believable of the British care system in the 1980s, which prioritised adults’ feelings and convenience over children’s best interests.

My despair turned to joy, though, as (without giving too much away!) Heather and Harriet are reunited at last in a stunning scene. While they end up in the same location more or less by chance (albeit with a hint of unseen forces at work), Beech retains a sense of realism. Finding one another again doesn’t magically solve all the sisters’ problems, and they still have obstacles to navigate and new knowledge to process as we take our leave of them.

This book made me think about the potency of childhood memories and feelings (and how untraumatised adults don’t always appreciate how strong these can be, especially for children who have experienced loss); nature versus nurture (Heather and Harriet’s lives could have gone so many different ways, whether they were together or apart); and what music can do in terms of consolidating memories, bringing people together, and much more besides.

Nothing Else is a beautiful and moving story about the power of music and memory. 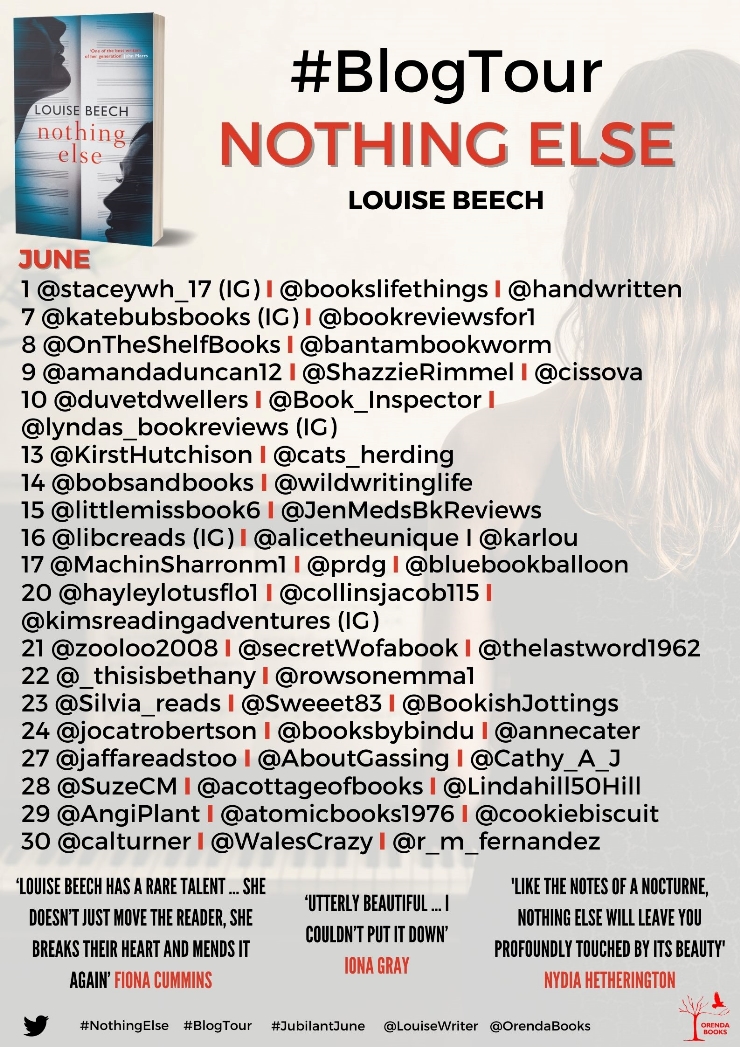