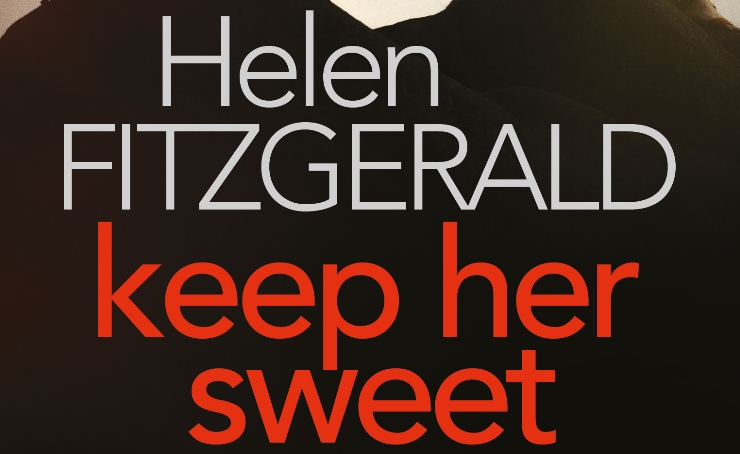 “Desperate to enjoy their empty nest, Penny and Andeep downsize to the countryside, to forage, upcycle and fall in love again, only to be joined by their two twenty-something daughters, Asha and Camille.

“Living on top of each other in a tiny house, with no way to make money, tensions simmer, and as Penny and Andeep focus increasingly on themselves, the girls become isolated, argumentative and violent.

“When Asha injures Camille, a family therapist is called in, but she shrugs off the escalating violence between the sisters as a classic case of sibling rivalry… and the stress of the family move.

“But this is not sibling rivalry. The sisters are in far too deep for that. This is a murder, just waiting to happen…” 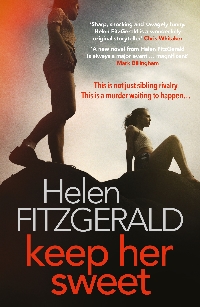 In Keep Her Sweet, by Helen FitzGerald, we meet the Moloney-Singhs, a family at war with one another.

Penny is hoping a move to a non-traditional house and a new career as an upcycling influencer will breathe new life into her tired marriage to faded comedian Andeep. Their daughters, volatile Asha and long-suffering Camille, have been at loggerheads their whole lives, and things are about to reach a head now they’re back living together in the compact new family home.

Camille recruits well-meaning family therapist Joy to help resolve their issues, but Joy’s vocation belies her struggles to get her own drug-addicted daughter Jeanie back on track.

This is an unusual thriller in that, while we know one sister is going to kill the other, we don’t know which way round it’s going to be until it happens, almost at the end of the book. This kept me feverishly turning the pages, not only because I was waiting for it to happen, but because it really could have gone either way. If Asha was the murderer, it would be a logical culmination of her increasingly violent behaviour; if Camille did it, you couldn’t exactly blame her.

There’s a lot to enjoy here in terms of characterisation. Penny and Asha are over-the-top, love-to-hate-them types who are fun to read about, Camille and Joy are easy to sympathise with but frustrating at times, and Andeep is somewhere in between. The story is told from Joy and Camille’s point of view, with the occasional cutaway to Penny. Their voices are humorous and distinctive, and bring the non first-person characters to life.

I especially appreciated how closely the author examines siblinghood and family ties in this book. Having done some research on sibling relationships for my thesis, it was exciting to re-encounter references to ‘life’s longest relationship’ and ‘shared historians’, as well as the notion that siblings don’t grow up in the same environment because their parents react to them differently, and because of their own reactions to one another.

In this case, Camille got the rough end of the stick, with Penny being less attentive to her as a baby than she was to firstborn Asha, and Asha jealously bullying her from birth. While this made Camille closer to Andeep as a child, she’s now finding that she can’t rely on him as he goes through his mid-life crisis.

Popular ideas about the sibling experience cloud the characters’ minds, with Asha’s psychopathic behaviour towards Camille being dismissed by everyone else as typical sibling rivalry, and Camille struggling to disentangle herself from Asha because of the abovementioned ideals of siblinghood (that, and Asha’s manipulative, violent nature).

Similarly, Joy finds it difficult to break free from the idea that parents should be there and make sacrifices for their children, no matter what. It’s clear to the reader that it’s beyond time for Joy to cut her losses with Jeanie and go back to England to live near her sister Rosie, who does appreciate her, but Joy’s sense of duty towards her daughter trumps her own happiness time and again.

Keep Her Sweet is an unconventional, page-turning thriller full of memorable characters and interesting relationships. 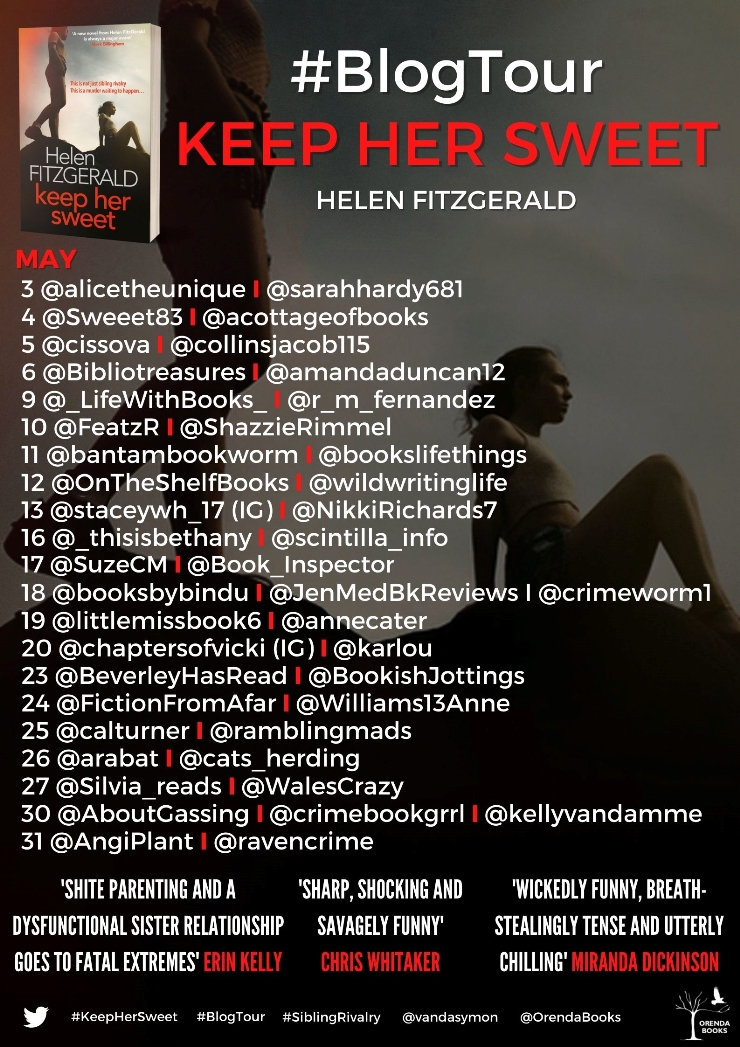