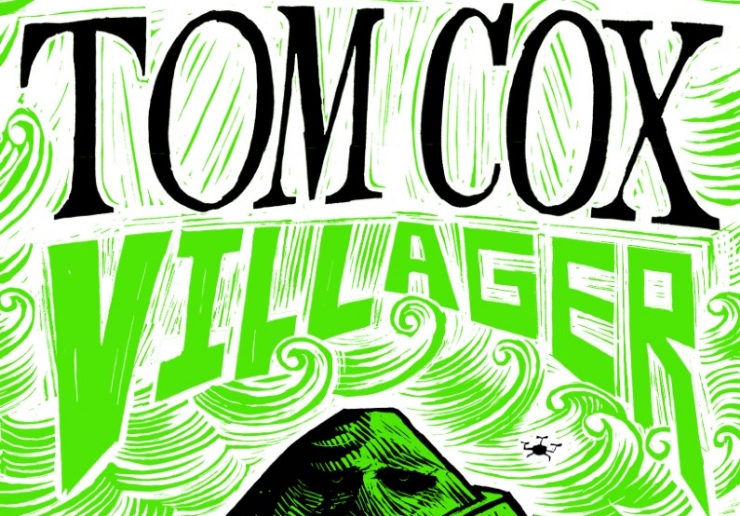 This post is part of a blog tour organised by Random Things Blog Tours. I bought the book myself as part of the Unbound pledge campaign.

“There’s so much to know. It will never end, I suspect, even when it does. So much in all these lives, so many stories, even in this small place.

“Villages are full of tales: some are forgotten while others become a part of local folklore. But the fortunes of one West Country village are watched over and irreversibly etched into its history as an omniscient, somewhat crabby, presence keeps track of village life.

“In the late sixties a Californian musician blows through Underhill where he writes a set of haunting folk songs that will earn him a group of obsessive fans and a cult following.

“Two decades later, a couple of teenagers disturb a body on the local golf course. In 2019, a pair of lodgers discover a one-eyed rag doll hidden in the walls of their crumbling and neglected home.

“Connections are forged and broken across generations, but only the landscape itself can link them together. A landscape threatened by property development and superfast train corridors and speckled by the pylons whose feet have been buried across the moor. 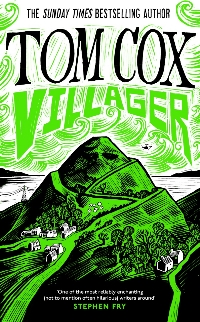 Villager, by Tom Cox, comprises a series of narratives from different characters, all of whom are linked to the fictional West Country village of Underhill and an American folk musician, RJ McKendree, who composed and recorded an LP, Wallflower, in the area in the late 1960s. They met him themselves, have been inspired by his music, and/or understand the local references in his songs.

The author is unconstrained by time, with the earliest story coming from 1932, and the latest from 2099, and uses a range of formats to build up a picture of the enigmatic musician, his legacy, and the geographical and cultural context of his music.

I read Villager last month when I received my copy from Unbound (I never get tired of seeing my name in the back of a book!), and joining the blog tour gave me the perfect excuse to shun my tottering TBR pile and reread it.

I’m pleased to say that it surprised and delighted me even more than it did on the first reading (i.e., a lot). I noticed additional connections between the various characters, and the nuggets of humour and wisdom that previously made me smile and nod retained their potency the second time around.

While I’ve recently read and reviewed a couple of other books which base a range of narratives around a single place and event, Cox takes the technique to a whole new, highly imaginative level.

He presents the reader with a range of distinctive, convincing voices, from teenage boys, to late middle-aged women, to old men. There are even chapters where the all-knowing, put-upon moor itself speaks, which are my personal favourites. These triumphantly scale up the personification of nature and animals that Cox always does so well, which is also gratifyingly abundant in Villager.

He additionally makes successful use of different writing styles - the online message board section, for example, is absolutely spot on and especially made me laugh.

A theme that particularly stayed with me was the supernatural. One mysterious, omnipresent character, other than McKendree, is ‘Meg’. She gives her name to a song and a dilapidated cottage, and authors a series of increasingly outlandish posts on the message board, and turns out to have ancient, mystical origins. And then there’s the piskies, and the creepy doll hidden inside a house’s wall for protection…

Another theme that grabbed me was how art begets more art, and creates connections between people. The obvious example is McKendree’s own work and legacy, as he reworks ‘Little Meg’ in two completely different ways, and this and the other songs from Wallflower are covered by others, but we also see an obscure painting recreated twice by other people, and encounter a children’s TV programme inspired by folklore.

Villager is a magical, transcendental experience of a novel, full of surprises and delights. 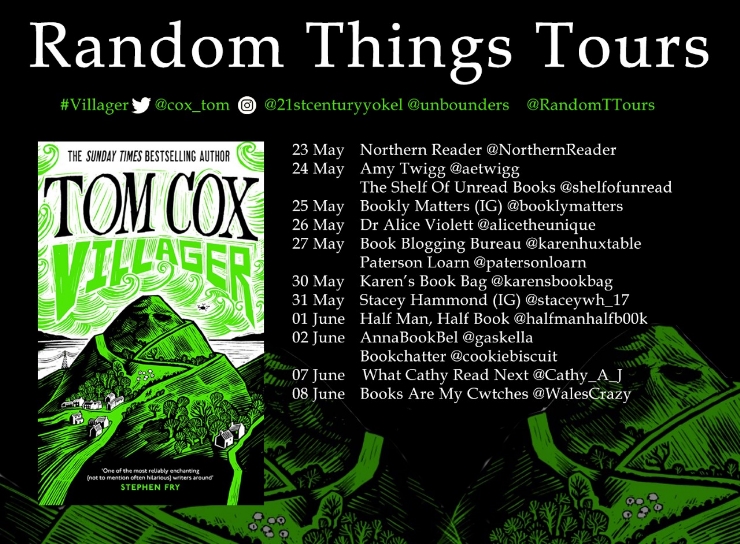