‘A Dickensian murder mystery. A brutal modern-day gang. Can Helen Oddfellow outwit an old enemy – or will she be his next victim?

‘When literary researcher Helen Oddfellow finds an old newspaper cutting in an antiquarian bookshop, she uncovers a mystery dating back 200 years. Her quest to find the real woman behind one of Charles Dickens’ best-loved characters takes an unexpected turn, when the bookshop owner goes missing.

‘Helen befriends his distraught teenage daughter as they try to find the missing man. But the marshes of north Kent are home to a criminal gang more brutal than anything Dickens imagined. Murky money, royal connections and desperate people link the past with the present. But it’s the unexpected return of an old enemy that puts Helen herself in mortal peril. 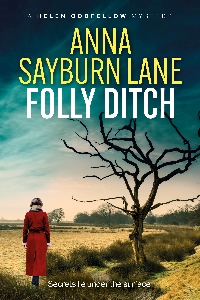 In Folly Ditch, by Anna Sayburn Lane, academic Helen Oddfellow picks up a nineteenth-century book containing an old newspaper clipping, which reveals the inspiration behind the character of Nancy in Charles Dickens’ Oliver Twist.

However, the debt-ridden owner of the Rochester bookshop she buys it from has been dealing with some unpleasant individuals in order to stay afloat. They’re unhappy, to say the least, to find out the book has been sold. Helen finds herself caring for, and investigating the bookseller’s disappearance alongside, his teenage daughter Wiz.

Meanwhile, Helen’s friend Nick Wilson is making a documentary about the British Patriot Party. Known for their anti-immigration stance and hostile public demonstrations, there’s a question over who’s funding them so generously.

Among their number is Gary Paxton, who’s just come out of prison for hurting Helen - and killing her partner Richard - six years earlier. Despite his political views, Gary’s earning money by helping out with a people-trafficking and modern slavery operation. He and Helen are both in Kent - could they cross paths again?

Folly Ditch is a fast-paced read, full of tension and action. There’s violence and terror right from the off as we watch Gary deliver a group of newly-arrived immigrants to a farm, and it’s immediately clear he’s a nasty piece of work. The narrative switches between Gary, Helen, and Nick, with the academic and film-maker often left in suspense or peril at the end of chapters.

The author uses juxtaposition to great effect: for example, the rarefied (albeit cash-strapped) atmosphere of the fictional Russell University versus the working conditions on the industrial farm where trafficked people are put to work; the picturesque sights of Rochester versus the spectacularly bleak aspect of the Kent countryside; and the grand house of Sir Augustus “Gus” Cumberland (a wealthy potential university donor who takes an interest in Helen) versus the caravans and processing centre for immigrants.

At the same time, we’re invited to consider the similarities between Dickensian Britain and today, with inequality, exploitation, prejudice, and violence featuring in both periods, even if the subjects and means of oppression have changed.

The buffer of time and circumstance can give crimes from the nineteenth century and earlier a thrilling, titillating patina (cf. Jack the Ripper). However, Helen’s investigation into the woman in the newspaper clipping emphasises that she was a real person with a life story, interests, hopes, and dreams, who made a mark on numerous people, and her death was a horrible tragedy.

Something I especially appreciated was the realistic portrayal of Helen’s academic career. At the start of the book, she’s hoping the university will assign her a decent amount of teaching, and is worried they won’t have any work for her at all. She has to supplement her income by leading walking tours of literary London. Writing - including a sideline in poetry she keeps quiet about - doesn’t bring in any money.

As someone who decided against pursuing an academic career largely due to the casual, precarious nature of employment in the sector, and who suffers from massive imposter syndrome and tends to hide their light under a bushel, I found all of this very relatable.

I haven’t read any of the previous books from this series, but there were enough details about Helen’s backstory to get me up to speed, while avoiding info-dumping. I’ll be adding the other three instalments to my TBR list, and am interested in seeing what Helen does next. 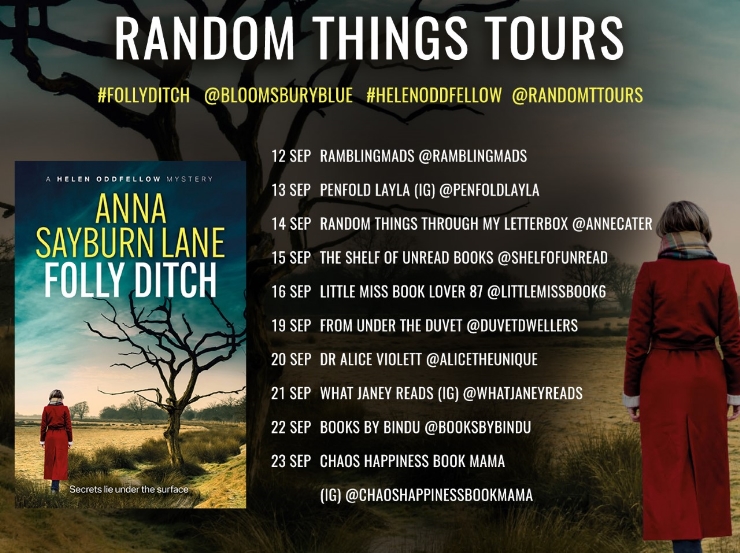