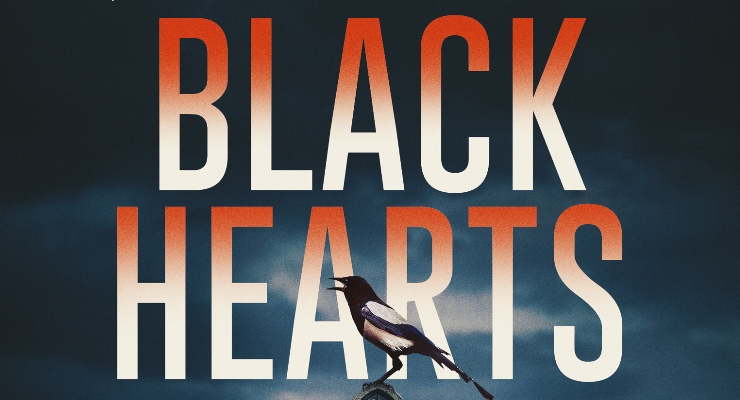 ‘The Skelf women live in the shadow of death every day, running the family funeral directors and private investigator business in Edinburgh. But now their own grief intertwines with that of their clients, as they are left reeling by shocking past events.

‘A fist fight by an open grave leads Dorothy to investigate the possibility of a faked death, while a young woman’s obsession with Hannah threatens her relationship with Indy and puts them both in mortal danger. An elderly man claims he’s being abused by the ghost of his late wife, while ghosts of another kind come back to haunt Jenny from the grave… pushing her to breaking point.

‘As the Skelfs struggle with increasingly unnerving cases and chilling danger lurks close to home, it becomes clear that grief, in all its forms, can be deadly…’ 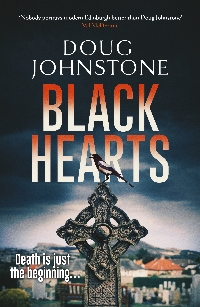 In Black Hearts, the fourth instalment in Doug Johnstone’s series about the funeral-directing and private-investigating Skelf family, all three generations are on the edge.

Dorothy continues to grieve late patriarch Jim; Jenny is drinking too much and out of control following the harrowing events of the previous book; and Hannah is being stalked by an intense young woman named Laura, affecting her relationship with wife Indy.

But life - and death - must go on. Laura actually requires the family’s services; the funeral side of the business feeds two new cases into the PI side; and the charred and bloated body of Jenny’s ex-husband Craig washes up, bringing his mother and sister out of the woodwork.

I’m a “Skelfaholic”, and I’m pleased to report that Black Hearts is a welcome, winning addition that features all the elements that I love about this ingenious book series.

First up, intriguing mysteries. This time around, the family are tasked with solving what at first seem like impossible cases: tracking down one widower who may or may not have faked his own death, and finding out who’s beating up another widower during the night (he believes it’s the angry ghost of his late wife).

As ever, I enjoyed watching the Skelfs at work, setting up state-of-the-art surveillance systems, reviewing recordings, and following and interviewing people who might know more than they’re letting on. There’s also the question of what the sinister Laura wants from Hannah, and this - like the other cases, and the arrival of Craig’s family - has an outcome I could never have predicted.

Secondly, fascinating insights into the work of funeral directors. I’m a bit of a paradox in the sense that I’m highly squeamish, yet I lap up books about what happens, and is done to, bodies after death. I’m pretty sure I learn something new from each Skelf book about the procedures funeral directors have to adhere to, and the requests they might encounter that make the ceremony a truly personal tribute to the deceased.

Another thing I love about this series is the dark humour - when you’re in the business of death, you need a bit of relief, after all. Even though the Skelfs are especially battle-scarred this time around, and you really worry and care about them after all you’ve been through by their side, there’s still ample space for slapstick and irony, in addition to ‘well, of course she would, wouldn’t she?’ choices on Jenny’s part.

Finally, there’s the exploration of human responses and behaviour that Johnstone does so consistently well. Black Hearts demonstrates how death can surface all sorts of strong emotions depending on the individual and the circumstances, with denial, anger, guilt, and bewilderment directing various characters’ actions.

I valued how Jenny was portrayed so realistically following her traumatic experience in the last book: neither bouncing straight back to the character she used to be, nor returning to business as usual as if nothing had happened, but barely functioning and causing friction in the family, even if it was sad to witness. I also appreciated the wisdom and philosophy Dorothy brought to the table as an older woman with a lot of experiences and mistakes under her belt.

It was so interesting to learn about, and see characters using a wind phone. I found this really powerful and poignant, as well as a brilliant, unforced way of accessing and expressing (both for themselves and the reader) their continuing grief for lost loved ones.

Black Hearts is a dark, intriguing, and touching addition to a great series. 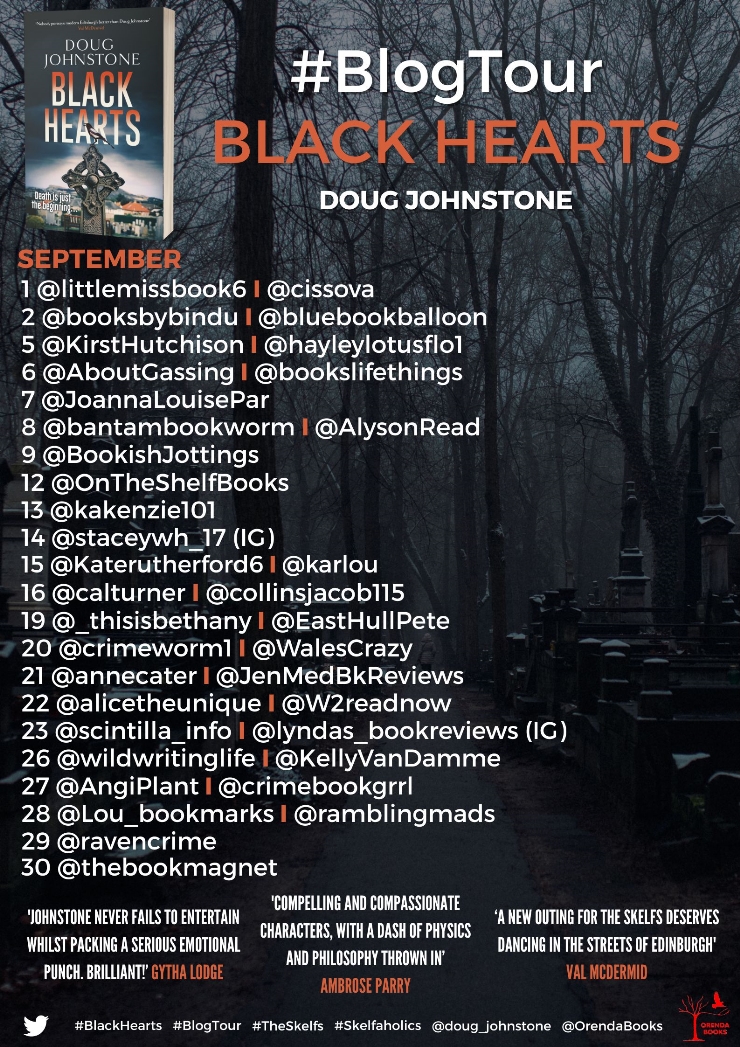