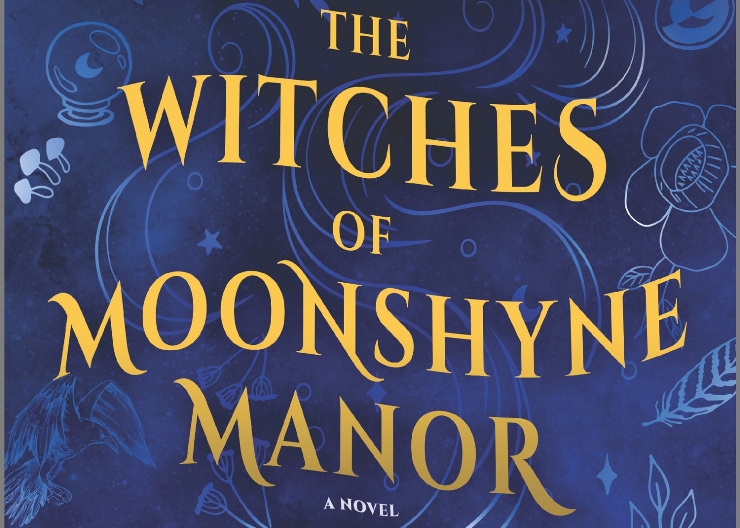 ‘Five octogenarian witches gather as an angry mob threatens to demolish Moonshyne Manor. All eyes turn to the witch in charge, Queenie, who confesses they’ve fallen far behind on their mortgage payments. Still, there’s hope, since the imminent return of Ruby — one of the sisterhood who’s been gone for thirty-three years—will surely be their salvation.

‘But the mob is only the start of their troubles. One man is hellbent on avenging his family for the theft of a legacy he claims was rightfully his. In an act of desperation, Queenie makes a bargain with an evil far more powerful than anything they’ve ever faced. Then things take a turn for the worse when Ruby’s homecoming reveals a seemingly insurmountable obstacle instead of the solution to all their problems.

‘The witches are determined to save their home and themselves, but their aging powers are no match for increasingly malicious threats. Thankfully, they get a bit of help from Persephone, a feisty TikToker eager to smash the patriarchy. As the deadline to save the manor approaches, fractures among the sisterhood are revealed, and long-held secrets are exposed, culminating in a fiery confrontation with their enemies.’ 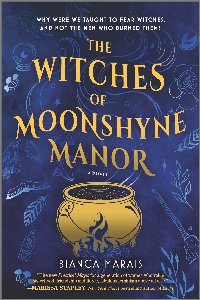 In The Witches of Moonshyne Manor, by Bianca Marais, we meet a diverse group of octogenarian witches: Queenie, Ursula, Jezebel, Ivy, Tabitha, and Ruby, each of whom specialises in a different area of magic.

Adopted one-by-one as children by late matriarch Mirabelle, they’re now in danger of losing their home, Moonshyne Manor, to developers. To pay their debts, they need to find a valuable artefact that Ruby hid somewhere on the property three decades previously, and Queenie promised to sell to a tough customer.

I found this a really enjoyable read. Marais’ choice to make the main characters in their 80s is an inspired one: performing magic takes much more out of them than it used to, and there are some things they can’t do any more, giving the story plenty of suspense, as they can’t just magic their problems away.

Even so, they’re far from passive or helpless, slaying stereotypes and differing from typical portrayals of older people in fiction. I thought the different types of magic represented, and ways the sorceresses deployed them, were so imaginative.

The protagonists’ age additionally gives them a rich backstory to delve into, explaining their devotion to one another and the Manor, their relationship with the local townspeople who are so keen to take their land, and why Ruby has been absent for 33 years.

This is a portrayal of true, largely unselfish female friendship, and it’s touching to see the help, support, and acceptance between them. Their advanced age, long familiarity with each other, and fondness for cocktails also produce many laugh-out-loud moments - always with, never at them.

Something else I appreciated about The Witches of Moonshyne Manor was the references to other iconic witches, from Circe to Morticia Addams. I loved the twists on classic elements of witchcraft such as familiars, broomstick-flying, spells, and potions, with highly creative “recipes” featuring throughout.

While the sextet don’t have the internet or even electricity, they don’t live in a vacuum. The story is firmly rooted in the present day by the supportive character of Persephone, a local 15-year-old feminist with high smartphone proficiency and a dog called Ruth Bader Ginsberg. The men who want the witches’ land have more than a hint of Trump/MRAs about them, and the Black witches are all too aware of systemic racism.

At the same time, the misogyny our heroines face isn’t dissimilar to that experienced by their seventeenth-century counterparts, leading you to question whether much has really changed at all.

The Witches of Moonshyne Manor is a wonderfully imaginative, funny, and moving story of ageing witches dealing with today’s world. 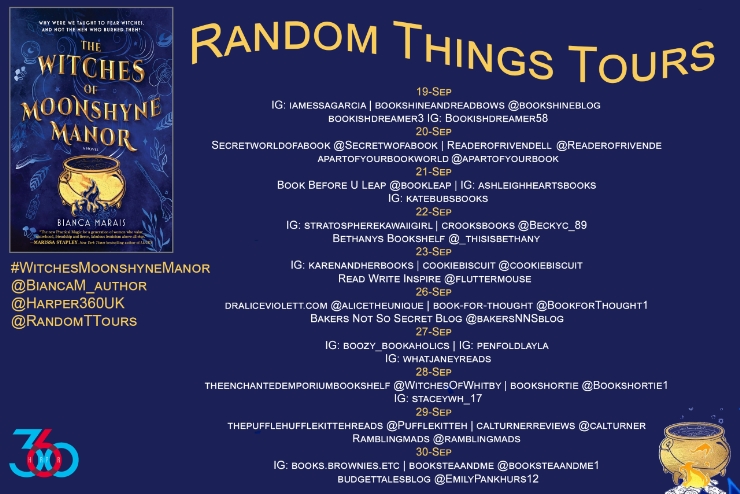