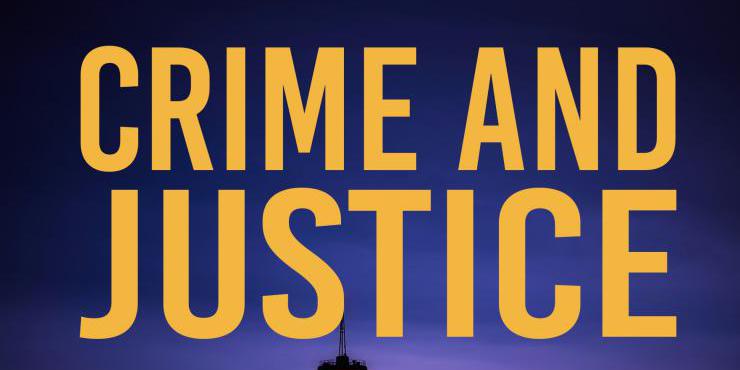 “What if we could no longer trust DNA profiling, the silver bullet of our criminal justice system? For years, we’ve relied on it to solve decades-old crimes, convict the guilty, and liberate the innocent from death row. But what happens to that trust when a crime lab scientist is leaned on to manipulate the evidence or, worse still, lose it altogether?

“Ruthless Seattle mayor, Patti Rainsford, announces her candidacy for state governor. She’ll do anything to succeed. When her son is arrested for the rape and assault of a seventeen-year-old girl, Rainsford’s political career is in jeopardy.

“Detective Linda Farrell is assigned to investigate. After twelve years working in SPD’s sexual assault unit, her career is drifting, not helped by the single-minded detective’s contempt for police protocol and the pressure of her failing marriage. The high-profile rape case is a rare chance to shine and maybe even get her life back on track. Nothing will stop her seeking justice for the young victim.

“With a mountain of personal debt and his wife’s business on a knife-edge, Clark Stanton is facing financial meltdown. Then a stranger offers him a lifeline in return for a favor. As the manager of Seattle’s crime lab, all Clark has to do is make the rape kit evidence against the mayor’s son go away.” 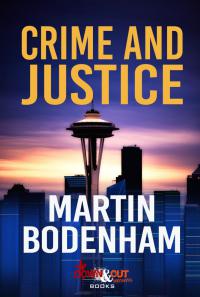 Crime and Justice, by Martin Bodenham, works on two levels: it’s a rip-roaring read full of twists and cliffhangers (I kept saying to myself, ‘just one more chapter and then I really am going to bed’!), but it also leads you to reflect: what would I do if I were in Clark Stanton’s position? Can you ever be sure you’ll do the right thing in a certain situation until you’re in it? How responsible are we for the unintended consequences of our actions? Do we put too much emphasis on DNA evidence? And - a real biggie - what is justice?

Clark is an ordinary, decent forensics lab manager who is blindsided by the sudden appearance of unsavoury ex-cop Jeff Peltz in his life. Peltz works for ruthlessly ambitious Mayor Patti Rainsford to vanish any obstacles to her bid for governor - in this case, DNA evidence that could tie her spoiled, repugnant son, Chace, to a violent rape.

Peltz really knows how to pull the strings: he threatens to tank Clark’s wife Anna’s IT business by pulling the plug on her contract with City Hall, and when it looks like Clark might blab about their deal, he invades the couple’s home and terrorises them. It’s easy to say ‘I wouldn’t agree to Peltz’s demands’, but it was clear to me that Peltz is a very frightening character, and that Clark isn’t only motivated by the threat of financial ruin, but also by not wanting to see the woman he loves lose the business she’s worked so hard to build up - even if Anna would rather that than let a rapist walk free.

Additionally, at the moment he agrees to lose the sample, Clark can’t possibly foresee some of the more extreme consequences of his actions. That’s not to say he doesn’t bear responsibility, or that I wholly sympathised with him, though - an action he takes later in the story in a very misguided attempt to rectify his previous actions had me absolutely howling at him not to be so stupid.

Bodenham gives us an access-all-areas view of the action, and we spend a lot of the book with Detective Linda Farrell as she works tirelessly to put Chace Rainsford away for rape. I liked her a lot - she’s dogged, unafraid to confront either her superiors or Clark when she suspects something fishy is going on, and she believes victims. I’m a big fan of police procedurals, so I loved watching Farrell work and seeing things from her perspective.

I think fellow fans of Unbelievable would particularly enjoy this book because it has similar themes around how rape victims are perceived, treated, and judged depending on their personalities and how they react to their experiences, as well as a caring and understanding woman detective going the extra mile to achieve justice.

It also appealed to me as a Line of Duty enthusiast because of the elements of evidence-tampering (there are particular parallels with series 4) and bent coppers (Peltz has a contact on the inside and Patti Rainsford tries to use her political influence to coerce the Chief of Police to drop the case).

Crime and Justice is a gripping and thought-provoking page-turner.