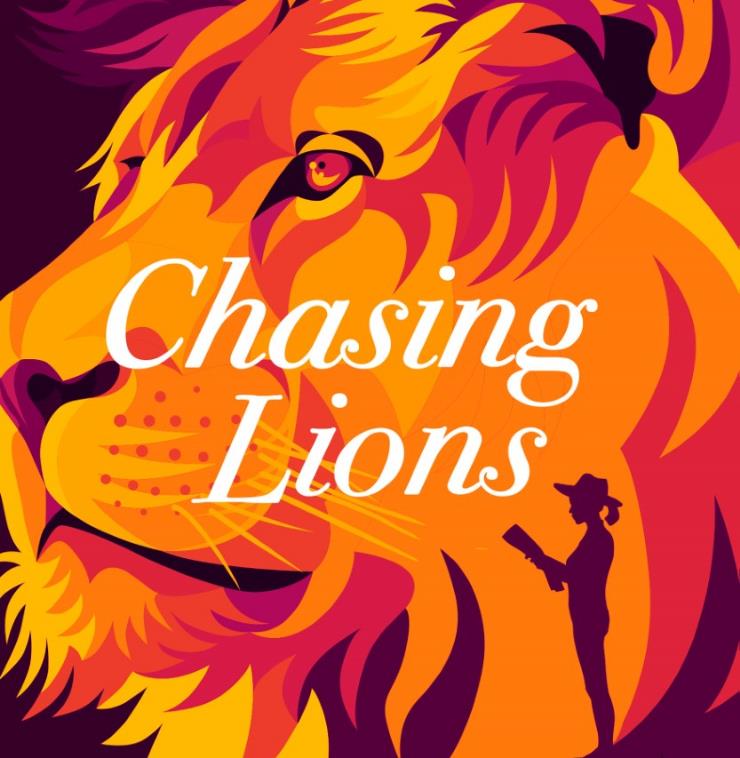 “When Amanda is mugged by a gang of schoolkids, she knows things have to change. She decides to go in search of her inner lion.

“It proves to be a bruising experience both physically and mentally. But she perseveres, and surprises herself by becoming a truck-driving tour leader in the bohemian and male-dominated world of overland expeditions.

“Over three years and 55,000 miles, Amanda faces her feelings of inadequacy as she strives to discover her roar. On her journey, she watches the moon rise over the Serengeti and the sun set behind Egypt’s pyramids, she rafts with Zambezi river gods and communes with gorillas, she faces lions in the wild, has her fortune told by a crab sorcerer… and meets her soulmate? 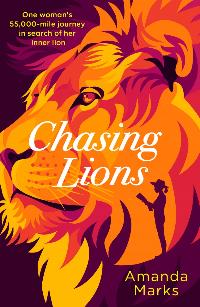 It won’t come as any surprise to anyone who knows me when I say I’m not adventurous. I’m very much into my home comforts and prefer to live vicariously and learn about different experiences and parts of the world by reading. Chasing Lions, by Amanda Marks, is one of those books that gave me a satisfying taste of the wild life from my cosy bed.

In 1987, Marks was in her early twenties, working in advertising and dreaming of a more exciting life, when she attended a talk from the director of a company that ran international overland tours. After a gruelling training programme involving a lot of diesel mechanics, she became a HGV driver and tour guide herself, taking British tourists on long truck journeys to see the sights and sample the culture of a range of countries in Asia and Africa. While they were the trip of a lifetime for the guests, glamorous it was not, with everyone ‘roughing it’ and being expected to perform some sort of labour to keep the group’s basic needs met and the vehicle moving.

Although she was on the clock and responsible (alongside a co-driver) for driving and maintaining the truck as well as her passengers’ health and happiness, Marks nonetheless got a huge amount from the voyages herself. Her expert use of language brings to life not only the many sights, sounds and cultural experiences of the two continents, but also her sense of wonder as she encountered them. More than thirty years on from the journeys she describes, and having had a career full of travel, it’s clear that her enthusiasm hasn’t faded, and the places she’s now visited multiple times remain just as special to her.

But, as Marks is careful to point out, the beautiful panoramas, exhilarating experiences, and hospitable local people weren’t the whole story of these trips. She also describes the effects of abject poverty and tyrannical dictators that she witnessed, as well as the far-reaching legacy of slavery and colonialism. There were times when she had to deal with corrupt officials, or change the itinerary on the fly due to developing international situations. You often hear about these things in the abstract, so it was really interesting to see how they actually affected people on the ground.

More than this, Chasing Lions is about overcoming fear. As hinted in the blurb, Marks was (first) mugged at the age of 22 and, having frozen on that occasion, became determined to become more active in the face of danger. Subsequently, she demonstrates her new-found bravery on a number of occasions: for example, responding calmly, practically and creatively to setbacks (including when her truck is in a collision), rowing down the Congo from Kisangani to Bumba in a pirogue, standing up to sexist border guards, and confronting a tour group whose dynamic has soured. I would probably just panic in many of the situations she ended up in, so I really admired her and loved seeing her step into her power!

Chasing Lions is a fascinating and exciting account of world travel and learning to roar. 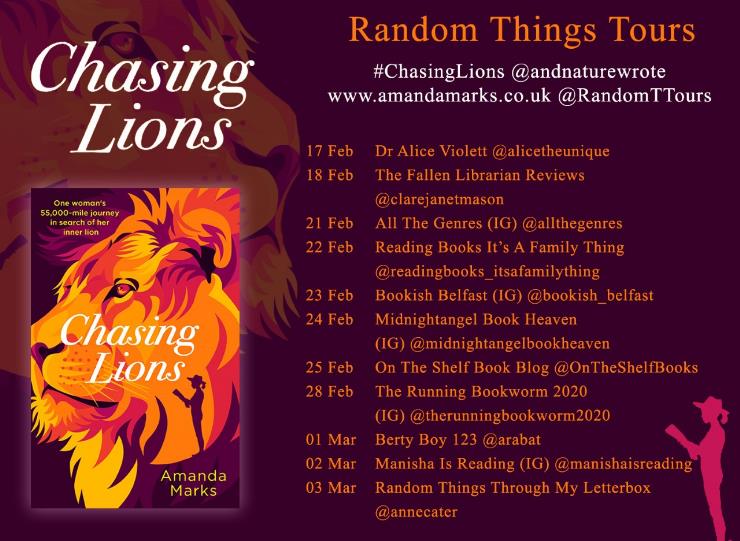