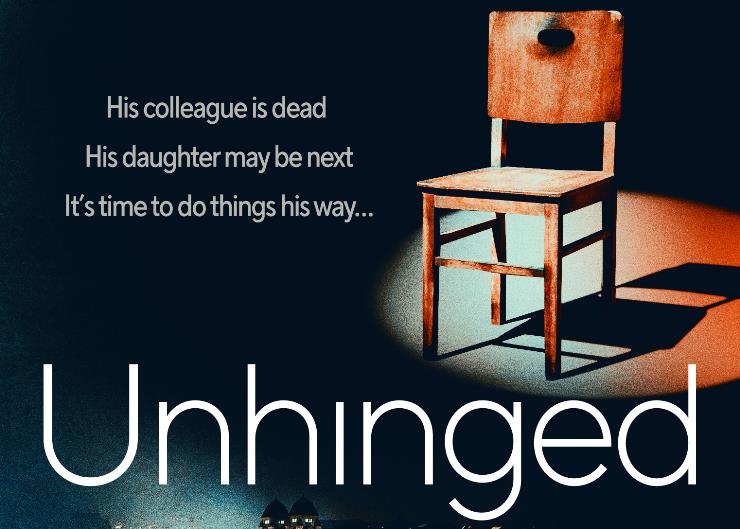 “When police investigator Sofia Kovic uncovers a startling connection between several Oslo cases, she attempts to contact her closest superior, Alexander Blix, before involving anyone else in the department. But before Blix has time to return her call, Kovic is shot and killed in her own home – execution style. And in the apartment below, Blix’s daughter Iselin narrowly escapes becoming the killer’s next victim.

“Four days later, Blix and online crime journalist Emma Ramm are locked inside an interrogation room, facing the National Criminal Investigation Service. Blix has shot and killed a man, and Ramm saw it all happen.

“As Iselin’s life hangs in the balance, under-fire Blix no longer knows who he can
trust, and he’s not even certain that he’s killed the right man…” 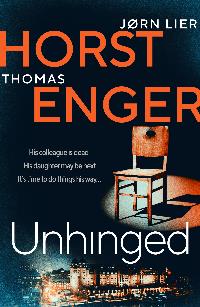 Unhinged is the first book I’ve read in Jørn Lier Horst and Thomas Enger’s Blix and Ramm series, and I’m pleased to say I enjoyed it. You don’t need to have read the other books to understand what’s going on or the relationships between the characters, and it’s a testament to Megan Turney’s translation skills that it’s an easy read that flows well.

The story is told in two halves. The first half is excitingly fast-paced, with the two main characters in interrogation rooms getting Blix’s investigator colleagues - and us - up to speed on what’s happened over the past 36 hours. Without giving too much away, Blix’s colleague, Sofia Kovic, has been murdered and his daughter, Iselin, had a lucky escape. However, the next day, Iselin goes missing after a therapy session, and events come to a head when Blix kills a man himself.

The second half begins four days after the events of the first half, and, for the most part, has a less frenetic pace. Blix is suspended from the police force and not speaking to Ramm, but that doesn’t stop either of them conducting their own investigations into who and what was behind the attacks on Kovic and Iselin. The answer isn’t at all obvious, so they have to make clever connections between a number of cases Kovic was investigating before all becomes clear and there’s a dramatic showdown.

This mixture of action and investigation means Unhinged will appeal to a broad range of crime readers. I’m a big fan of police procedurals, so especially enjoyed watching the characters use various techniques to figure things out in the second half, but I also found the first half compulsive reading because things moved so quickly, in short bursts of chapters. The authors do well at employing suspense in both halves. As one of the victims involved is Blix’s daughter, there’s additionally a highly emotional element, which I also appreciated.

Unhinged is by turns thrilling, interesting, and emotive. 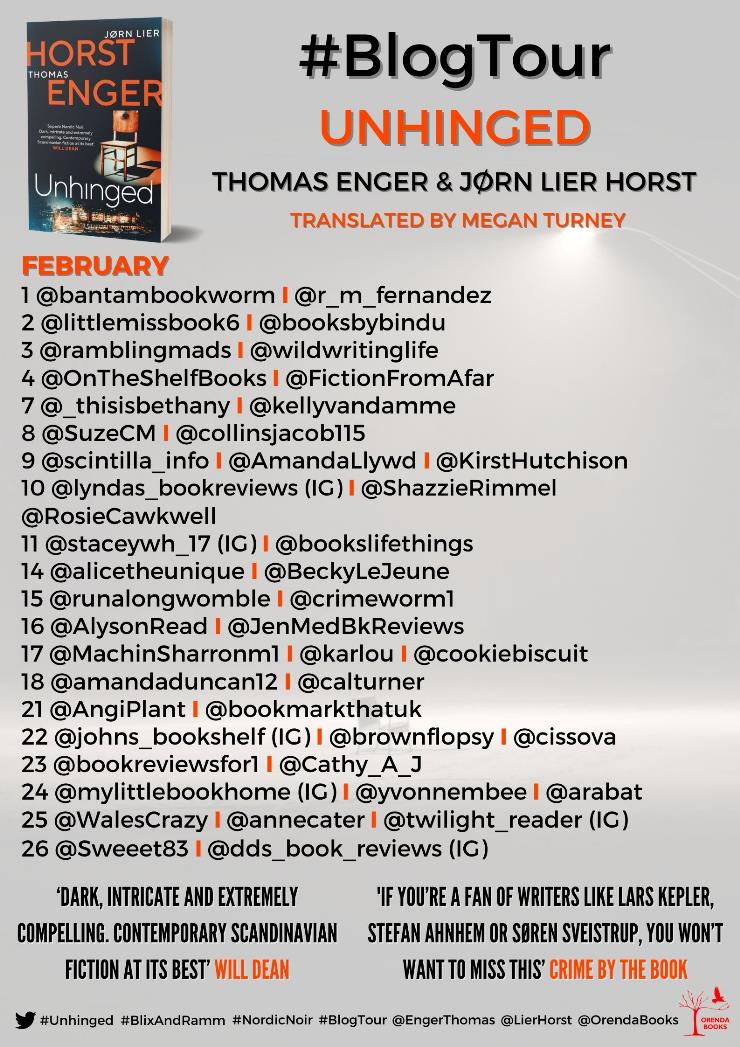