I received a free copy of this book from the author in return for an honest review.

“In the gated community of Anton Court, everything is normal enough. The five families living there get on, and the assigned caretaker makes sure that nothing is out of sorts. All is well and everyone is happy.

“Until the hole appears.

“Perfectly round and six feet wide, the hole inspires many feelings in the residents. Wealthy app developer Rich Davis wants to investigate it. Elderly army veteran James Stanley (known as The Colonel) wants it removed. While widowed single mother Hannah Suggs is just unnerved by the hole.

“Soon enough, obsessions take over and the peace of Anton Court is horribly corrupted.” 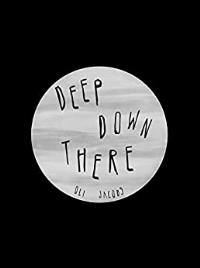 Having been thoroughly entertained by Oli Jacobs’ Wilthaven last month, I was excited to check out his new novel, Deep Down There, and I can confirm it’s definitely worth a read.

While Wilthaven is made up of a variety of ‘found’ media, Deep Down There follows the more traditional linear, third-person novel format. As in Wilthaven, Jacobs sets a Lovecraftian evil loose upon what appears to be an ordinary (albeit, in this case, exclusive) community, explores how different characters react to it, and combines horror, pathos and humour. There’s also more than a hint that the two books are set in the same universe(s). I very much appreciated these elements, which put me in mind of classic Stephen King.

While the story focuses particularly on Hannah Suggs, a widowed mother-of-two, through her we get to see the various reactions of the residents of Anton Court. Hannah herself is unsettled by the hole, but rejects estate management company HP Properties’ offer to put her up in a fancy local hotel; she’s worried that they’ll use the opportunity to take her home back now there’s no breadwinner, and in any case, the hole exerts a mysterious pull.

Some of Hannah’s neighbours take up the offer and leave for the hotel. Hannah sends her young sons, Warren and Jarelle, with them so they’ll be safe. One neighbour, ‘The Colonel’ stays but is simply angry and affronted by the hole’s presence. Another, Rich Davis, is curious and foolhardy enough to go all the way down the hole, with all-out gruesome results.

But even when they aren’t actually inside it, the hole has thrillingly scary effects on those who live nearby, whether it’s violently ejecting the concrete that estate caretaker Vincent Crendon and his friend Ronnie attempt to fill it in with, or giving people horrible, personalised vivid dreams. And throughout, you’re wondering: why has this hole appeared, and here, of all places? What exactly is down there? And why are HP Properties not doing more to solve the problem? You’ll have to read the book to find out.

Deep Down There is intriguing, sinister, and enjoyable.