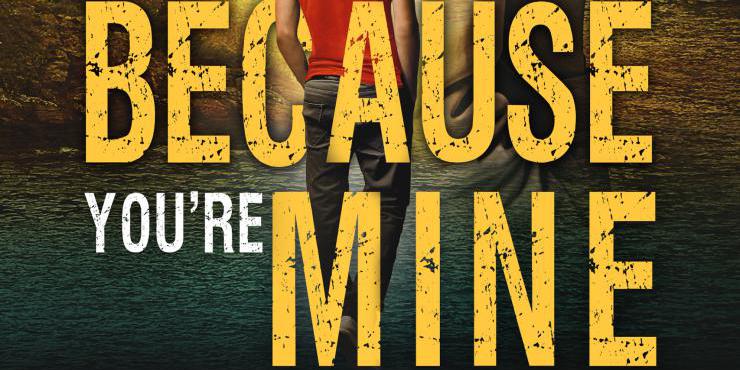 “Gunvor Ström, a Swedish surgeon who had to retire because her hands weren’t steady enough to perform operations, accepts a position as a private detective and enters a new and surprisingly dangerous career.

“In Because You’re Mine, she accepts her second assignment. Is it always for the best to look for a missing person? Gunvor is not entirely sure as she believes there are those who don´t want to be found. Despite this, she takes on a case. A wife needs help to find her husband, Per Cedergren. A simple case at first glance. Gunvor is convinced that he has sneaked off on an adventure with a mistress and soon will return voluntarily.

“Gunvor’s good friend Aidan also makes his debut as a private detective when he helps a new acquaintance look for her missing friend. When Gunvor and Aidan take the help of their young friends, Elin and David, the two parallel cases meander closer each to other. But how do they relate? And what do the disappearances have in common with the murders that at first glance appear to be hate crimes?

“Soon they find themselves in the eye of the storm, not knowing where the danger lurks.” 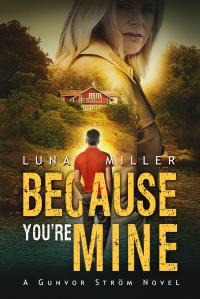 In Because You’re Mine, by Luna Miller, private detective Gunvor Ström goes in search of Per Cedergren, who has been reported missing by his wife Eva, and her friend and neighbour Aidan looks into the disappearance of a man named Seb at the behest of his friend Marie.

Eva refuses to believe that her husband may be playing away - with a woman or a man - while Marie is in denial about Seb’s connections with Stockholm’s lively gay scene. At the same time, there has been a recent spate of murders of gay men, which may or may not be related to the disappearances.

I found Because You’re Mine a satisfying and cleverly conceived and written read. I really liked the mixture of characters who were involved in the investigations - from indefatigable sexagenarian Gunvor, to middle-aged Aidan, to young snoops David and Elin, who are undergoing their own individual transformations, and even a couple of new characters who get stuck in and help out with the cases.

I enjoyed following the characters as they did detective work the old-fashioned way, talking to various people in the cafés and bars of Stockholm - it’s always nice to take a tour and get a feel for life somewhere I’ve never been, especially at the moment. The twists and dramatic finale were smart and well-executed, and I didn’t see any of them coming!

Because You’re Mine is a fast-paced and clever novel with a varied cast of characters. 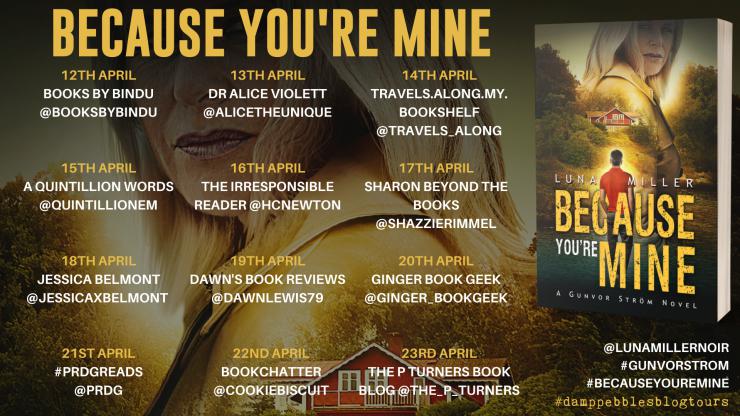