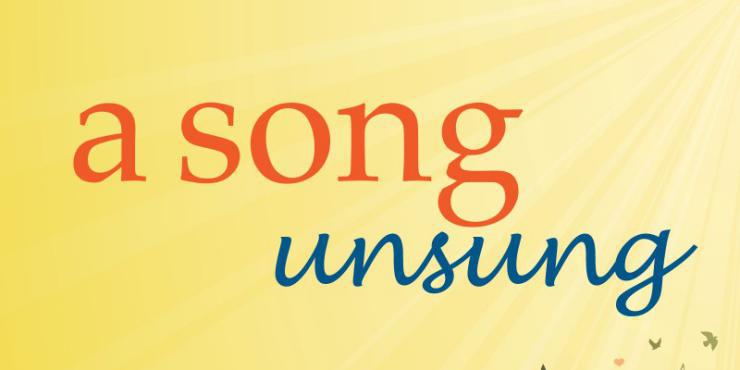 “Soho, 1958. Martha Palmer, an aspiring singer working in a coffee shop, is desperately short of cash. She’s been scouted by a photographer. The money’s good. But there’s a catch…

“Sussex, 1976. Nothing much happens in fourteen-year-old Natasha James’ life. Her mother has taken to her bed and her father, the local doctor, is preoccupied with his patients. But when the magnetic Martha Palmer moves into her village, Natasha is drawn into a glittery world of extravagant parties, steeped in the embroidered rhythms of jazz.

“But who is the mysterious Martha Palmer? And why is she the keeper of so many secrets? Desperate to fill in the gaps of Martha’s past, Natasha uncovers a heart-breaking love story, the truth of which threatens to destroy all that she holds dear.” 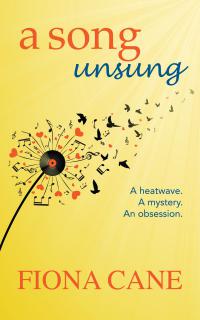 I adored A Song Unsung, by Fiona Cane. The stories of Martha and Natasha, two young women coming of age in very different circumstances two decades apart, drew me in and kept me turning the pages.

I really enjoyed following Martha around 1950s London as she found success as a singer. It was so exciting to watch her career unfold, and the descriptions of the clothes, music, and venues absolutely jump off the page. I grew very attached to the cast of characters surrounding her too, especially Cee Cee, Becky and Giovanni.

However, it’s not all glamour and highs, as Martha has some secrets, does some things she’s not proud of that come back to haunt her, and isn’t universally liked. You’re also aware of the racism faced by her fellow musicians. Cane mixes light and dark skilfully to create a well-rounded story.

This balance of light and dark also comes through in Natasha’s story, which is also very enjoyable to read. On the one hand, her family has recently gone through a difficult experience and she’s in a vulnerable position without the support from her mother that she needs. On the other, she has a witty voice and a vitality about her, and the arrival of the Fairchild family (of which Martha is the matriarch) brings some much-needed joy to her life.

As the blurb suggests, though, this is far from an uncomplicated joy. Through her involvement with Martha’s family, and her curiosity about her father’s connection with Martha, Natasha unwittingly stirs up emotions, uncovers secrets, and plays a part in an explosive reckoning. This book has revelations, cliffhangers, and twists throughout, right up to the denouement, which made it very hard to put down.

A Song Unsung is exciting, captivating and addictive. 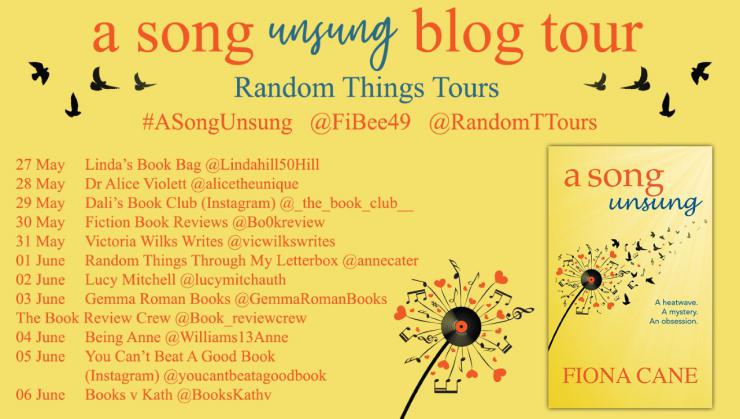