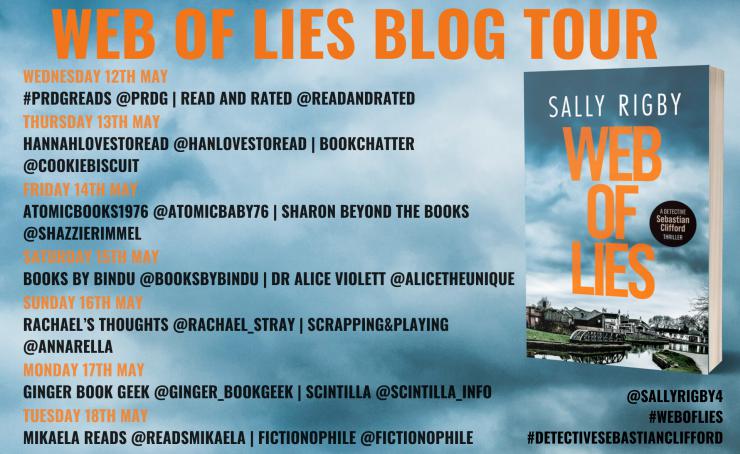 “A trail of secrets. A dangerous discovery. A deadly turn.

“Police officer Sebastian Clifford never planned on becoming a private investigator. But when a scandal leads to the disbandment of his London based special squad, he finds himself out of a job. That is, until his cousin calls on him to investigate her husband’s high-profile death, and prove that it wasn’t a suicide.

“Clifford’s reluctant to get involved, but the more he digs, the more evidence he finds. With his ability to remember everything he’s ever seen, he’s the perfect person to untangle the layers of deceit.

“He meets Detective Constable Bird, an underutilised detective at Market Harborough’s police force, who refuses to give him access to the records he’s requested unless he allows her to help with the investigation. Clifford isn’t thrilled. The last time he worked as part of a team it ended his career.

“But with time running out, Clifford is out of options. Together they must wade through the web of lies in the hope that they’ll find the truth before it kills them.

In Web of Lies, by Sally Rigby, we get to know Sebastian Clifford, introduced as a Metropolitan Police officer in Kill Shot. Now unemployed, he finds himself looking into the death of financier Donald Witherspoon, who appears to have died by suicide shortly before it came to light that he was running a Ponzi scheme.

Like the other books of Rigby’s I’ve read, Web of Lies is pacey and satisfying, with great characters. While Sebastian comes from a very privileged background, it’s clear that he has a strong work ethic and wants to be taken on his own merits.

It’s not Sebastian’s intention to go into private investigation, and he makes it clear he’s only looking into things as a favour for his cousin and Donald’s wife, Sarah, but he nonetheless goes above and beyond in his efforts to find out the truth behind Donald’s death. He even finds himself in real danger on more than one occasion, and my heart was in my mouth!

Sebastian is assisted by the inimitable ‘Birdie’ - a young DC with terrible time-keeping skills and an unhealthy lifestyle, who I really warmed to because of her enthusiasm and imperfections. I loved the interactions between this very unlikely pairing, and how they bonded so quickly as they worked together to follow leads and interview all sorts of different characters who had a motive to kill Donald Witherspoon.

Web of Lies is an engaging and tense start to an exciting new series.