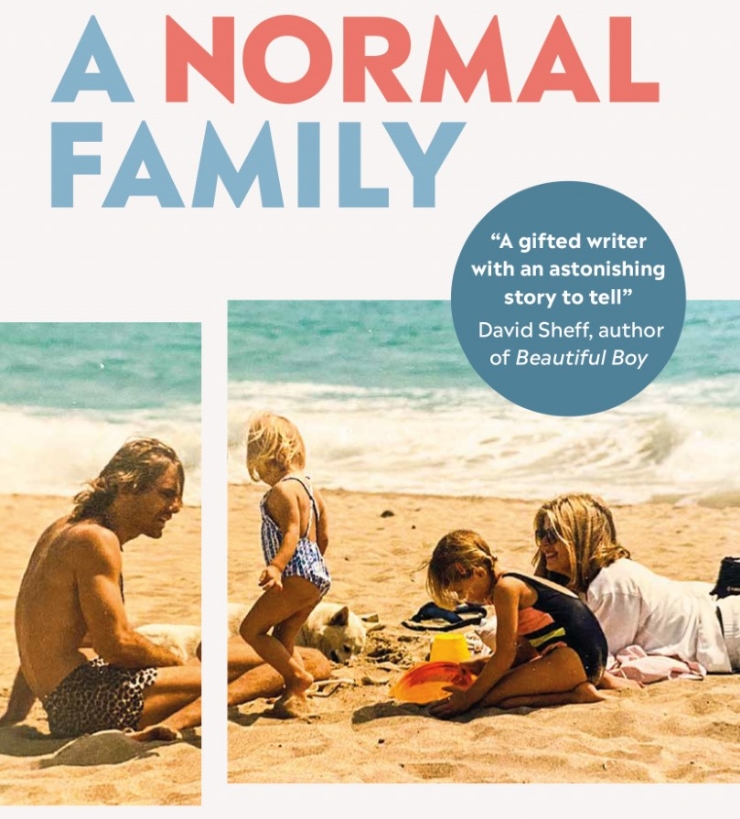 ‘For most of her life, Chrysta Bilton was one member of a small, if dysfunctional, family of four. There was her sister, Kaitlyn, her hedonistic, glamorous, gay mum Debra, and Jeffrey, who Debra hand-picked, in an LA hairdressers, to be the father of her children. During Chrysta’s unstable childhood, Debra struggled to keep the family afloat and Jeffrey wandered in and out of their lives.

‘Then, in her twenties, Chrysta discovered that her father had secretly donated his sperm over 500 times - and that she had at least 35 other siblings.

‘A Normal Family is a captivating coming-of-age memoir about Chrysta’s reckoning with the secrets both parents had carefully kept from her. Heartfelt, warm and funny, it’s a story of embracing the family we have, in all the forms we find it.’ 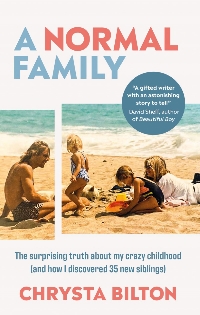 A Normal Family, by Chrysta Bilton, is a breath-taking memoir that grabs hold of you right from the start. In the prologue, Chrysta brings together her dozens of known half-siblings for the first time, to the apprehension of her mother Debra and sister Kaitlyn.

From there, the book takes us on the journey that brought them to this point: Debra’s desire to have children at a time when there were very few fertility options for lesbians; her choice of handsome drop-out Jeffrey to father Chrysta and Kaitlyn, with the assistance of a fertility centre; Jeffrey’s continuing to donate sperm in secret for money; the family’s yo-yoing fortunes as Debra alternated between wealth and poverty, being single and coupled, and addiction and recovery; and the discovery of so many hitherto unsuspected relatives.

A Normal Family is absolutely captivating. With all the upheaval and abrupt changes in Chrysta’s childhood, it could have made for a depressing misery memoir, but she writes with such sparkle and wry humour that it’s as entertaining and enjoyable as it can be.

As a reader, you’re aware that some of the scenes, particularly in the early stages of the book, are fictionalised by necessity as they occurred before Chrysta was even conceived, or was very young or not present. However, they’re just as vivid and believable as those she recounts from memory. This is a testament to both her skill as a writer and someone who can get into the heads of other people, even her own mother and father, with whom she has more baggage than the average person does with their parents.

In fact, if A Normal Family can be described as having a “main character”, it’s Chrysta’s irrepressible, larger-than-life mother, the prime mover behind the girls’ chaotic childhood. Chrysta is incredibly honest - without coming across as judgmental - about Debra’s disastrous and short-lived relationships, repeated attraction to pyramid schemes, expensive tastes, and alcohol and cocaine addictions.

But Chrysta’s even-handed, also recognising her mum’s unique character, boundless optimism, generosity, and determination to do her best by her daughters, as well as the shocking discrimination she faced as an out lesbian in the 80s and 90s - it’s always a jolt to the system to be reminded that it really wasn’t that long ago that such attitudes were commonplace - and Debra’s own childhood trauma.

Chrysta effectively conveys the nature and manifestation of childhood trauma across all members of her family. As well as explaining its effects on Debra’s personality and behaviour, she describes how she and Kaitlyn both developed eating disorders in their teens as a method of control, found themselves in bad relationships with the wrong type of people, and internalised shame from having a home life that differed to those of their peers.

Their father, too, is shown to struggle with trauma and other mental illnesses. While Jeffrey is often conspicuous by his physical absence, his impact on Chrysta and Kaitlyn’s lives means we never lose sight of him. I was very moved by his story as he transformed from a golden boy worthy of a Playgirl spread and in high demand as a sperm donor, into a conspiracy enthusiast who’s lost most of his teeth and lives in a minivan bought for him by Debra, but retains his love for animals.

In case I haven’t made it obvious enough previously, nature versus nurture is a particular fascination of mine, so when Chrysta started making connections with her half-siblings, I was agog. While she does remark on the things she has in common with them - a couple of which are downright freaky - she considers alternative explanations for these, such as their shared demographic, and that they don’t seek out their differences, which could also be numerous and significant, putting me in mind of Three Identical Strangers.

Relationships and differences between siblings is another thing I’m really into, so it was also interesting to see how Chrysta saw her lifelong relationship with Kaitlyn in contrast to her new relationships with her 30+ half-siblings. Ultimately, Chrysta and Kaitlyn were bonded in an irreplicable way as a result of their shared childhood and traumas, and having had to rely on one another.

At the same time, the pair didn’t grow up in completely the same circumstances. For example, one of Debra’s girlfriends, “Mommy Fay” was part of Kaitlyn’s life virtually from birth, so Kaitlyn was much more distressed when Debra and Fay split up. For Chrysta, though, Fay was an addition to a chain of people who had just disappeared from their lives one day, so it was something she was used to - but nonetheless had long-term psychological effects. Their several house moves also affected them differently, depending whether or not they were at natural transition points or crucial stages in their schooling.

A Normal Family is an extraordinary account of growing up in a dysfunctional family, and the far-reaching effects of prejudice and trauma. 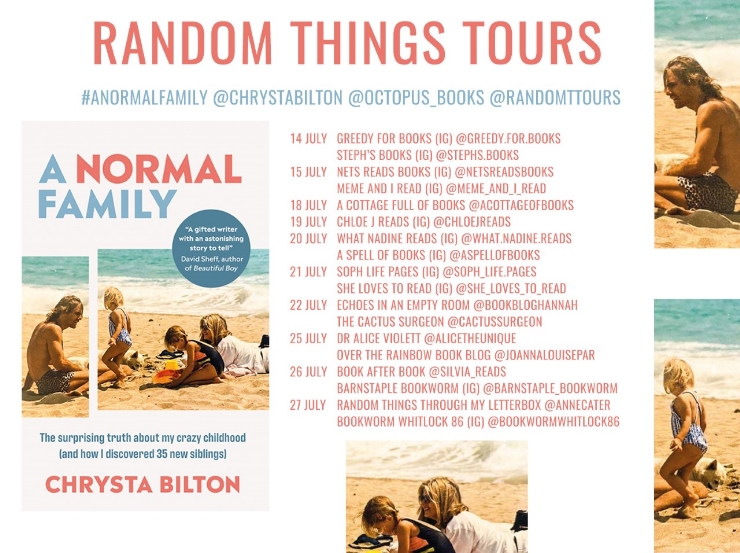