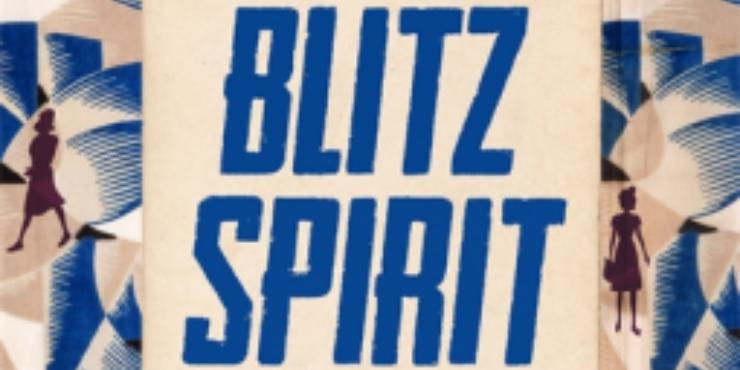 In Blitz Spirit, Becky Brown presents a collection of entries from the diaries ordinary British people sent in to Mass-Observation during the Second World War. While she has chosen which submissions to include, and starts each chapter with a description of what was happening at the stage of the war in question and some light commentary on the accounts, for the most part she lets the observers themselves do the talking.

Right from the start, this book explodes national myths about patriotism, bravery, stoicism, and pulling together during this period. We hear from people who don’t want a war, don’t like Winston Churchill, are scared of losing loved ones or being bombed or invaded, complain about shortages, and disapprove of acquaintances they feel are acting selfishly.

In the earlier parts of the war, when victory is far from assured, tension, anxiety and scepticism are particularly high. Later on, when there are more grounds for optimism, people are tired, fed up of instability and privations, and worried about their post-war prospects. As Colin Grant’s Homecoming also shows, how we think and talk about something when it’s happening can be very different to how we regard and present it later on, when we know how things turned out.

I was particularly struck by the parallels between people’s experiences in World War II and their experiences of the COVID-19 pandemic today. Mass-Observers talk about conspiracy theories and rumours that are in circulation. They contemplate the choice between ignoring all but the main headlines, or being exhausted by the constant developments, as spun by newspapers with their own agendas. They lose morale when the war goes on for longer than they anticipated, and are disappointed to find the end of the war doesn’t mean an immediate return to prosperity and normality. Some have found fulfilment in their war work and therefore have mixed feelings about the prospect of going back to their old lives (not unlike Winnie in Lissa Evans’ V for Victory).

Some diarists describe people they know who don’t take the rules seriously enough, for example, by travelling unnecessarily and continuing to take seaside holidays, refusing to ‘dig for victory’ because they didn’t want to ruin their lawns, and making as few changes as possible to their pre-war lifestyles. Others complain about officious acquaintances who gleefully report relatively minor infractions. A number observe that even under rationing, the rich live far more comfortably than the poor, and find it disgraceful that invalided soldiers don’t receive financial assistance from the government and are instead forced to rely on charity. While there are some heartwarming accounts of neighbours and strangers assisting one another, the diarists nonetheless make it clear that the country is not ‘all in it together’!

More generally, I enjoyed the diarists’ accounts of everyday life: descriptions of what they got up to on particular days; interesting (and sometimes funny) conversations they overheard while out and about; their opinions on music and programmes they heard on the wireless. Shopping and food are big themes, with lots of observers recording their experiences of trying to get particular items from unscrupulous shopkeepers in a seller’s market, documenting their attempts to cook with what they could get hold of, lamenting foods they miss, and sharing their excitement when certain foods reappear.

Blitz Spirit is published by Hodder & Stoughton on 8 October 2020.