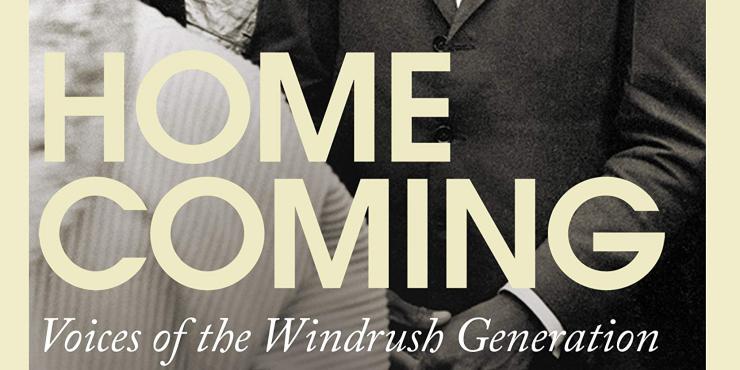 In Homecoming, Colin Grant presents excerpts from oral history interviews with members of the Windrush generation - West Indian people who came over to Britain from the late 1940s to the early 1960s seeking better opportunities than were available on the islands. It covers their experiences over 60+ years, from what the West Indies were like in the 1940s, to interviewees’ reactions to the 2018 Windrush scandal.

Grant states an aim to cover a huge breadth of experiences, and he certainly achieves it. While this mass migration is heavily associated in the public imagination with Jamaica and one ship, the Windrush, his interviewees travelled from all over the West Indies, with a particularly strong representation from Guyana, and came over on various ships at different times, heading to a number of towns and cities on arrival. They recount both welcoming and hostile reactions, pleasant and unpleasant times in their lives, successes and failures.

What really struck me was how the interviewees seemed to talk about their experiences of racism in such a matter-of-fact, ‘that’s just how it was’ way. Grant picks up on this, discussing how the interviewees’ present-day dismissiveness of these experiences contrasts with how much they hurt at the time, and how they got more emotional when he drew them to reflect more deeply. It has interesting implications for life story and memory studies; if people repress and pass over their memories of racism when recounting their experiences from years ago, are we in danger of getting the impression that it wasn’t that bad, and the adversity wasn’t that hard to overcome?

The overall narrative, as directed by the interviewees, is certainly one of triumph. They talk about finding their feet despite arriving in Britain with no plan and nowhere to go, introducing carnival (and, with it, much-needed colour and sound) as a reaction against racist rioting, winning at cricket, buying houses by setting up ‘pardner’ schemes among themselves after being rejected by the banks, and marrying white partners despite family opposition, sometimes on both sides - but, of course, they shouldn’t have had to face any of these trials in the first place.

There are nonetheless some stories that don’t have happy endings. I was particularly moved by the accounts of parents who left their children in the Caribbean and sent for them when they were settled - only to find that they no longer knew one another, and that the children missed the relatives who brought them up and felt supplanted by siblings who had been born in Britain.

I was also really interested to read about what life was like in the Caribbean in the 1940s, and what it’s like now. I had some previous idea about the imposition of British culture by colonisers in the West Indies, but I didn’t realise quite how extensive it was. I was also shocked to read about the experiences of people who have moved back; being rich by Caribbean standards, many become prisoners in their own homes because they’re so likely to fall victim to crime. To be wrongfully deported to a country you’ve never lived in, or haven’t lived in for decades, doesn’t just mean losing everything you’ve ever known, but it also puts you at risk of violence.

Homecoming contains a wide range of fascinating accounts from the Windrush generation that really made me think about the nature of memory and narrative.

Homecoming is published by Vintage on 1 October 2020.