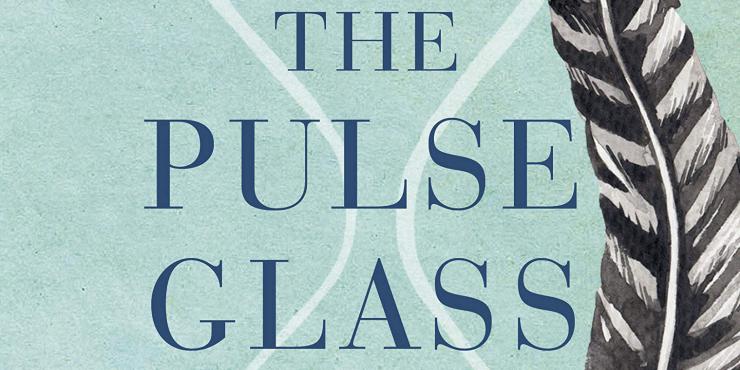 In The Pulse Glass and the beat of other hearts, Gillian Tindall discusses objects from the past: how just a small number survive, how this survival often occurs by chance, the twists of fate that place them in the hands of their current owners, and the wider stories they enable historians to tell.

This book is stuffed with stories from history, both general and directly pertaining to Tindall. I learned new things about topics as diverse as the Princes in the Tower, the Norfolk Paston family (shamefully, my first-year hall of residence was called Paston House but I never really knew much about them), and the development and decline of the railways in Britain.

On a personal level, the author examines the effects of her mother’s suicide on how her family dealt with the past, particularly her late brother, who was only nine when their mother died. She uses certain objects she has come to possess (including the pulse glass of the title) to tell her ancestors’ stories, and explains how her discovery of a collection of letters to an eligible young woman led her to write a hugely successful social history of a whole village (Celestine: Voices from a French Village). She also gives a fascinating account of the history of her London house and how it fits with the social history of the city, which I particularly enjoyed.

There’s therefore a lot going on in The Pulse Glass, and although it’s only 251 pages, it took me an unusually long time to finish it because I had to keep taking breaks to digest it. Sometimes, the topics and ruminations included do seem quite arbitrary/stream of consciousness-y, and I’m not sure how Tindall decided what to include, or arrived at the final structure - the pulse glass doesn’t show up until about 150 pages in.

Some of Tindall’s views on history persuaded me to look at things from a different perspective, whereas others had me going ‘nope nope nope nope nope’, which made it quite hard for me to decide how many stars to give it.

On the persuasive side, I’ve long admired the utopian visions of New Town planners with their square footage, indoor plumbing, local amenities and green spaces. However, Tindall does have a point: if the more upmarket terraces were seen as worthy of preserving and updating, why couldn’t they have added bathroom extensions to the existing housing for poorer people? And I’ll concede it is parochial to dismantle and scatter working-class communities ‘for their own good’, and there might hidden, less noble motivations for doing so. I saw the ‘Living with Buildings’ exhibition at the Wellcome last year, where you could see history repeating itself as the authorities wanted people who had come to see tower blocks as their home to move somewhere ‘healthier’ and ‘nicer’ so they could gentrify them.

Tindall’s views on the use of memory in historical research also drew my attention, what with my thesis being based around how people remembered their childhoods, rather than what actually happened. She makes the points that some people actually do remember things totally accurately, and that it would be unlikely for a memory to contain no accuracy whatsoever. I was additionally interested to read how Tindall’s brother could remember virtually nothing of the first years of his life, having chosen not to retain those memories after the trauma of their mother’s suicide changed everything. I agree with her that he wasn’t wrong to repress them instead of re-traumatising himself by replaying them.

I disagreed, though, with Tindall’s views on the decline of religious education, memorising historical dates, and ‘fashionable’ history. I found it a tad hypocritical that she criticises the continued telling of the story of the Princes in the Tower and Arthurian legends, yet seems to give Bible stories a free pass in this respect. She even laments that children are no longer learning moral lessons from them, or making the connection between them and other works that take inspiration from them, such as Dante’s Inferno. I just feel that you could say that about a lot of things - for example, the parallels between some modern novels, and Shakespeare stories and Greek myths, go completely over my head - so why should Bible stories get special treatment? Plus, there are plenty of contemporary, less problematic, and more diverse stories we can use to teach children life lessons.

Tindall also feels it’s a loss that children are taught about the history of ‘ordinary people’ they can relate to at the expense of national events and dates which provide much-needed context, but I’m doubt that’s the case. I’m pretty sure there’s a middle ground between reciting dates of kings, queens and battles without knowing the meaning of it all, and knowing what events could have been influencing ordinary people’s lives at a certain point. A key reason I got referred and had to rewrite my entire PhD thesis was that I hadn’t paid enough attention to the different times that ‘my’ only children were growing up, and therefore the demographics (was it usual to lose a parent or sibling at this time? Were their parents communicating enough to deliberately restrict their fertility? etc.), parenting practices, epidemics and wars that gave them such different experiences.

I also disagreed with Tindall’s thoughts on what she terms ‘fashionable’ history - historical work reflecting what people are interested in at the present time. For one thing, if there hadn’t been a turn towards social, women’s, and material history, would she have been able to publish and have so much success with Celestine, or produce The Pulse Glass itself?

I really didn’t like how she regards attempts to locate and tell the stories of minority groups such as black, gay, or transgender people in history as a ‘fantasy’ that makes such groups seem larger and more prominent than they really were. Her use of two examples - someone on TV misinterpreting the term ‘strangers’, and Mary Seacole describing herself as ‘only a little brown’ rather than black - didn’t exactly convince me that the whole endeavour is a waste of time. I think she misses the point: historians are trying to rebalance the historical record by reporting that minority groups were there. The reason they’ve been invisible up to now is because they were held back from achieving prominence in their time, had to hide who they were, and were ignored by historians of white men who weren’t even looking for them.

So, I have rather mixed feelings about The Pulse Glass. It’s full of interesting stories, and that’s why I felt I couldn’t give it fewer than three stars. But it’s intensely personal, so thee’s potential for a lot of contention, and I’m sure other readers will have found more, or different, points they disagree with. One thing’s for sure - it certainly gave me a lot to think and write about!