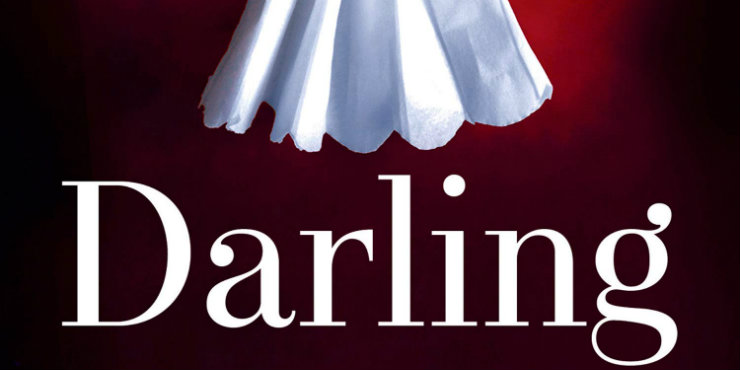 Darling, by Rachel Edwards, is this month’s Books That Matter title. I was always going to love the concept of a feminist book subscription box; this was my second, and I’m excited to see what books and gifts they send out in future boxes.

Darling follows the difficult relationship between Darling, a black nurse, and Lola, her privileged white teenage stepdaughter. Darling meets, moves in with (bringing her disabled young son, Stevie), and marries Lola’s widowed father, Thomas, in the wake of the 2016 referendum, when racist individuals and groups are becoming increasingly emboldened and visible. Lola hates her on sight.

The genius of Darling is that you know from the outset that either Darling or Lola is going to die due to the other’s actions, but you don’t know who, or how. As a result, I spent the whole book in a state of tension, trying to guess what was going to happen, wondering if the fatal event was just over the page. It’s therefore little wonder that I read it in just over 24 hours!

For a relatively short, fast read, Rachel Edwards has managed to pack a heck of a lot into Darling. There’s just so much going on, and loads of themes. The two main characters are at the heart of the novel, though. Lola may come across as a classic horrible teenager, but her journal entries are a vibrant mixture of shocking and entertaining, move the story forward, and reveal more of her character, backstory, and motivations the further you get into the book.

The story is mostly told from Darling’s point of view. She is an incredibly richly illustrated character, and you learn so much about her - particularly her experiences as a second-generation immigrant from Jamaica, and how her personal values influence her devotion to Stevie and her efforts to endear herself to Lola - but there are also things she doesn’t tell you, or at least, not until the end. I noticed some silences in her narrative, but could never have guessed what the climactic revelations (yes, plural - this book is brimming!) would be. Without giving too much away, the denouement makes you question so many things you thought you knew and felt about these two complex women.