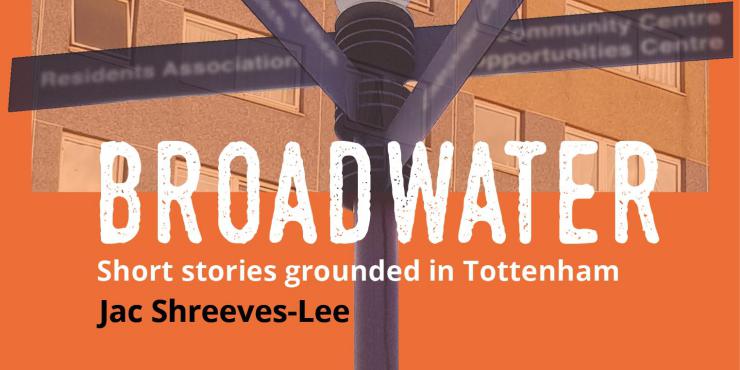 In Broadwater, Jac Shreeves-Lee tells the stories of 14 fictional residents of the Broadwater Farm estate in Tottenham, North London. The area is well-known in real life as a symbol of ‘failed’ post-war architecture - 1960s concrete tower blocks that were supposed to be the utopian neighbourhoods of the future, but instead became undesirable and neglected ‘dumping grounds’ due to their design faults - as well as the 1985 and 2011 riots. Rather than concentrating on the issues that have come to define the estate, though, the author zooms in on the everyday lives of a variety of individuals, to great effect.

Many of the stories have sad elements. None of the characters are saints, and some of them are in tough situations due to dysfunctional relationships, difficult childhoods, illness, bereavement, and the rock-and-a-hard-place decisions they have been forced to make. People suffer from broken hearts, tell lies, and are tipped over the edge.

Shreeves-Lee doesn’t limit herself to the present day, delving into characters’ histories to show us what they’ve been through and how they ended up where they are now. Reflecting the diversity of the estate, most of the characters are POC, and we gain an insight into the racism they have experienced, whether it’s the outright abuse that particularly characterised the 1950s-1980s, or the institutional racism that makes it hard for young Black people to succeed today.

That doesn’t mean this book is unremittingly grim, though. Hope breaks through in the form of ambitious young people, inspiring teachers, loving relationships, improving fortunes, and humour. Shreeves-Lee also has a real knack for making the ordinary sparkle; her descriptions of everyday scenes at the petrol station shop, as well as the café, are especially vivid and had me craving pre-lockdown life. There’s just something warm and cosy about steamed-up windows, custard creams and life rolling on - although it does involve an inordinate amount of mopping for some of the characters.

Broadwater is a kaleidoscopic collection of short stories that portrays a variety of characters and situations with sympathy, sparkle and warmth.

Broadwater is published by Fairlight Books on 3 September 2020.