“Preston, 1981. Maud, who is twelve and lives with her dysfunctional parents and her elder brother, spends a lot of her time in her bedroom writing letters to her favourite popstar, Tom Harding, the lead singer of a punk band called Horsefly.

“No one really understands her or tries to – and she thinks Tom just might have some answers to her many, many questions…” 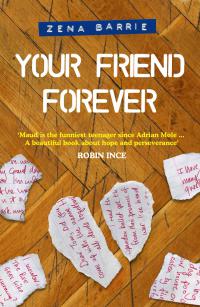 In Your Friend Forever, by Zena Barrie, we meet the inimitable Maud Harrison through a stream of letters she sends to singer Tom Harding via his band, Horsefly’s PO Box. Maud’s uses her letters to Tom to express seemingly everything that happens to her or crosses her mind, whether it’s to do with her family, school, her changing body, or her best friend, Sarah.

Many of the uninhibited things Maud comes out with are absolutely hilarious, and as time goes on she develops a really distinctive voice, but there’s also vulnerability and sadness as she has to go through some really serious events with very little adult support. Barrie tackles topics such as poverty, mental health issues and sexual abuse head on, and manages to balance the light and dark in Maud’s narrative really well.

The story is told in two main parts; the first covers Maud’s initial series of letters to Tom as a teenager before Horsefly disbands and their PO Box is closed, and the second covers a stream of emails she sends three decades later to an address she believes belongs to Tom.

Middle-aged Maud’s life hasn’t met her expectations, as she has a boring job and a disappointing marriage. Nonetheless, her voice is still very entertaining to read, and there’s a feeling that it’s not too late for her to become who she wants to be, and hope is just around the corner. Something else that hasn’t changed is her friendship with Sarah. I loved how much they cared for and were there for one another, and understood each other without judging.

Tom himself is only a peripheral figure in the story; this is all about Maud, really. The poor man’s career never really takes off, not least because he’s stuck with the world’s worst manager. While I did feel sorry for him, I think this is for the best in the context of the story. In the first half of the novel, the fact that Horsefly aren’t that successful or popular means that Maud’s letters do reach him, and in the second half, he still feels accessible to her because he’s not a superstar.

Your Friend Forever is funny and moving, with an inimitable main character. 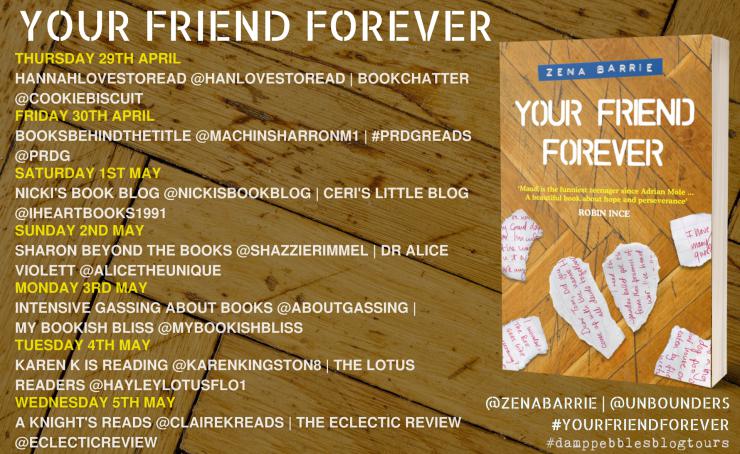