“Daughter of an officer of the Indian Medical Corps, Marguerite Florence Laura Jervis (1886 – 1964) was born in Burma and became one of the most successful novelists of her time.

“During the course of her 60-year career, Marguerite published over 150 books, with 11 novels adapted for film, including The Pleasure Garden (1925), the directorial debut of Alfred Hitchcock. In her heyday she sold hundreds of thousands of novels, but is now largely forgotten; under numerous pseudonyms she wrote for newspapers, women’s magazines and the silent movie screen; she married one of Wales’ most controversial literary figures, Caradoc Evans. She also trained as an actress and was a theatrical impresario. Known variously as Mrs Caradoc Evans, Oliver Sandys, Countess Barcynska and many other pseudonyms, who was she really?

“Liz Jones has dug deep beneath the tale told in Marguerite Jervis’s own somewhat romanticised memoir to reveal what made this driven and determined woman. And what turned her from a spoilt child of the English middle classes to a workaholic who could turn her hand to any literary endeavour and who became a runaway popular success during the most turbulent years of the 20th century.” 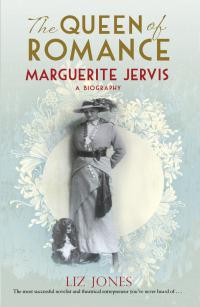 The Queen of Romance, by Liz Jones, made me feel a whole range of emotions as I learned about the life of a twentieth-century author I’d never heard of before: Marguerite Jervis.

In some ways, Jervis’ life represents a triumph over contemporary social attitudes and expectations of women. Refusing to conform to her family’s expectations of her, and making the most of new opportunities for women as they did open up, she was audacious, she hustled, and she created her own hype to make things happen for herself, whether she was setting herself up as an actress, journalist, author, theatre company proprietor, or even the owner of a stone with purported healing properties. It was fascinating to see how she brought things to fruition, and I couldn’t help but admire her for that.

Jervis’ most successful venture was in romance novel-writing, and she was like a machine, publishing four titles a year under two pseudonyms, Oliver Sandys and Countess Barcynska. However, as Jones makes clear, it wasn’t a case of churning out book after book with similar characters and themes. Jervis had to keep up with what discerning romance fans wanted to read about, which evolved rapidly at a time of great social change in Britain.

Jervis nonetheless challenged existing conventions by redeeming ‘ruined’ women in her books and giving them happy endings, which I found really interesting. She also appeared to use writing as a way to make sense of situations she faced herself, and express her feelings about them.

However, Jervis’ own life lacked romance and a happy ending. Her first marriage was a loveless business arrangement; her second, to Welsh writer Caradoc Evans, was tempestuous and abusive. Both husbands and her son, Nick, took advantage of her in one way or another. She died in poverty and obscurity, and didn’t even get her own grave marker. While Jones puts forward both the positive and negative sides of Jervis’ character - she could be sympathetic and admirable, but also cruel and frustrating, and some of the developments in her later life were quite bizarre - you can’t help but feel sad about how things turned out for her in the end.

The Queen of Romance is a very interesting and ultimately sad account of an unusual and overlooked life. 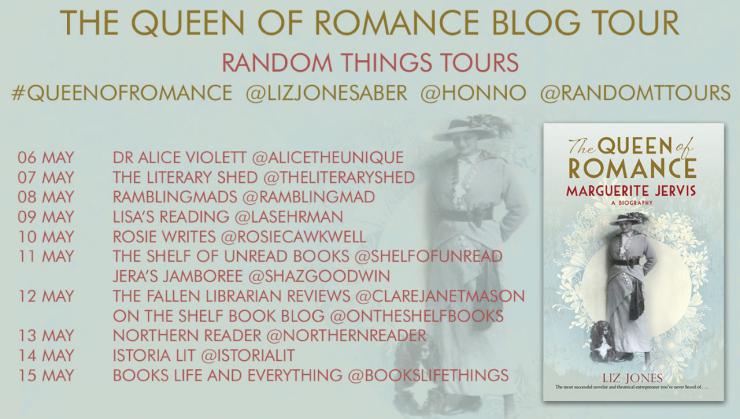