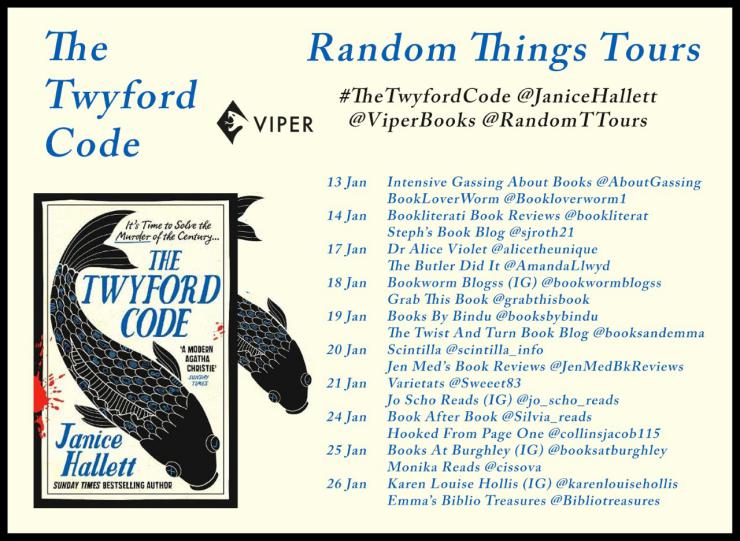 “It’s time to solve the murder of the century…

“Forty years ago, Steven Smith found a copy of a children’s book by disgraced author Edith Twyford, full of strange markings and annotations. He took it to his English teacher Miss Iles, who became convinced that the book was the key to solving a secret code running through all Twyford’s novels. But then she disappeared.

“Now, out of prison after a long stretch, Steven decides to investigate the mystery that has haunted him for decades. Was Miss Iles murdered? Was she deluded? Or was she right about the code? And if it is as valuable as Miss Iles thought, who else might be trying to solve it?” 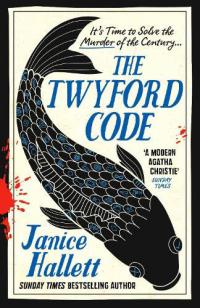 While Janice Hallett’s first novel, The Appeal, breathed new life into the crime genre by playing expertly with narrative and format, The Twyford Code takes things further. As with The Appeal, things aren’t necessarily what they seem, and there are some absolutely breath-taking reveals at the end!

The story is mostly told through a collection of transcribed audio recordings by missing ex-con Steve Smith. We’re not only invited to formulate our own theories about what happened to him, but also what happened to his teacher, Miss Iles, 40 years previously, and how both disappearances relate to a mysterious code, hidden in a series of 1930s/40s children’s books. There’s a lot going on here, and the oral, sound-only format makes it easy to keep hold of the different threads while allowing more ambiguity than you might think.

We follow Steve as he conducts his own investigation into his former teacher’s disappearance by following the clues hidden in Twyford’s books with varying degrees of help from former classmates and a local librarian. Along the way, we learn about his own interesting history: how he stopped going to school after Miss Iles’ disappearance, fell in with a criminal family firm, and ultimately ended up doing time. While no angel, Steve is a deceptively smart, funny character who you can’t help but empathise with and cheer on as you find out more about him.

The legend around author Edith Twyford - both the public side, and the hidden side that emerges over the course of the book - is equally compelling. Once a popular, soothing balm for children living through war, her stories are now regarded as outdated, unsophisticated, sexist and racist. Yet, hidden in the words and pictures are cryptic clues - but for whom, and for what purpose? The code itself, and the way Steve and other characters make headway with it, is both fascinating and brilliantly clever!

The Twyford Code is inventive, artful, and a joy to read.