‘In 1960s Memphis, a young mother finds refuge in a boarding house where family encompasses more than just blood and hidden truths can bury you or set you free.

‘Sara King has nothing, save for her secrets and the baby in her belly, as she boards the bus to Memphis, hoping to outrun her past in Chicago. She is welcomed with open arms by Mama Sugar, a kindly matriarch and owner of the popular boardinghouse The Scarlet Poplar.

‘Like many cities in early 1960s America, Memphis is still segregated, but change is in the air. News spreads of the Freedom Riders. Across the country, people like Martin Luther King Jr. are leading the fight for equal rights.

‘Black literature and music provide the stories and soundtrack for these turbulent and hopeful times, and Sara finds herself drawn in by conversations of education, politics and a brighter tomorrow with Jonas, a local schoolteacher.

‘Romance blooms between them, but secrets from Mama Sugar’s past threaten their newfound happiness and lead Sara to make decisions that will reshape the rest of their lives.’ 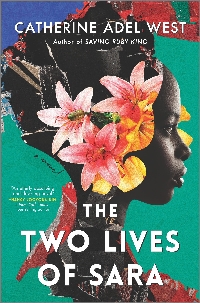 In The Two Lives of Sara, by Catherine Adel West, we follow the eponymous main character over a couple of years of her life as a young Black woman in early 1960s America.

When we first meet Sara, she’s working as a cook in a boarding house in Memphis, where she fled after a dark incident in her home city of Chicago, while she was still pregnant with her baby son Lebanon. The Scarlet Poplar is helmed by Mama Sugar, a no-nonsense, big-hearted matriarch, and the pair live there alongside Mama Sugar’s thoughtful husband Vanellys, feckless son Amos, bookworm grandson Will, and a collection of permanent and transient boarders.

Having had some horrible experiences where she used to live, Sara is prickly and detached, and believes she is inherently bad and unworthy of love. Her found family in Memphis and blossoming romance with Will’s teacher Jonas promise a more positive future, but will her new good fortune hold, and will their support be enough to sustain her if it doesn’t?

The Two Lives of Sara really put me through it emotionally! I felt so touched by the characters of Mama Sugar, who absolutely radiates love despite the heart-breaking difficulties she’s been through herself, and Vanellys, Will, and Jonas, who show their care and consideration for Sara in quieter ways. Together, they work to lower her defences and soften her heart, and she learns to love Lebanon and becomes open to ideas about how her life could be.

Sara herself made me feel a variety of emotions throughout the book. I related to her post-traumatic feelings of wretchedness and self-hatred; I loved seeing her start to bloom and come alive to possibilities; and there were times where she was frustrating, dislikeable, and disappointing because her experiences had made her a complex, messy, and damaged person. I followed Mama Sugar’s example and refused to give up on her, though.

West also expertly massages your emotions by building good things up just to tear them apart. When things look to be going especially well for the characters, she’s not afraid to yank the carpet from underneath them to devastating effect, and explore their responses to this. One incident in particular totally broke me and had me wanting to ask her ‘how could you?!’ - a sure sign that she’d created an absorbing story with characters who felt real.

Due to its context, while The Two Lives of Sara is ultimately a story of the everyday lives and loves of a cast of Black individuals, race relations are never far from the forefront, because they’ve shaped and restricted the characters’ lives in so many different ways. The cruelty and unfairness of this also sparks emotional reactions.

Characters refer to the yellow fever epidemic of 1878, which changed the demography of Memphis as white people were both better able to flee the city and more likely to die of the disease; ongoing racist segregation, formal and informal; racial disparities in access to public services; contemporary activist campaigning and political calls for equal rights; and more.

The Two Lives of Sara is a masterful story of love and trauma that took me on an emotional rollercoaster. 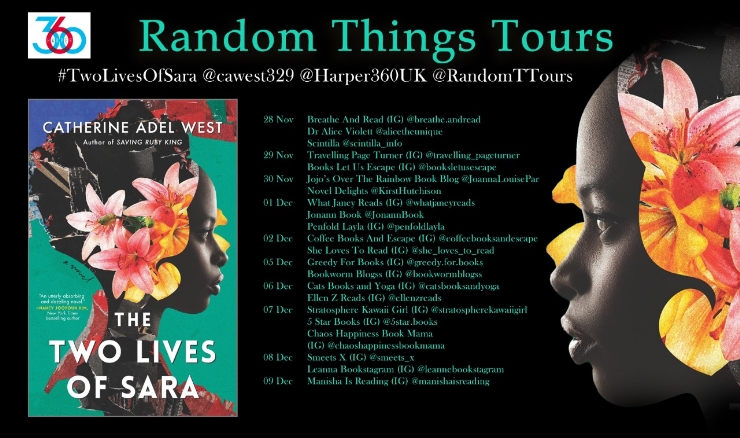