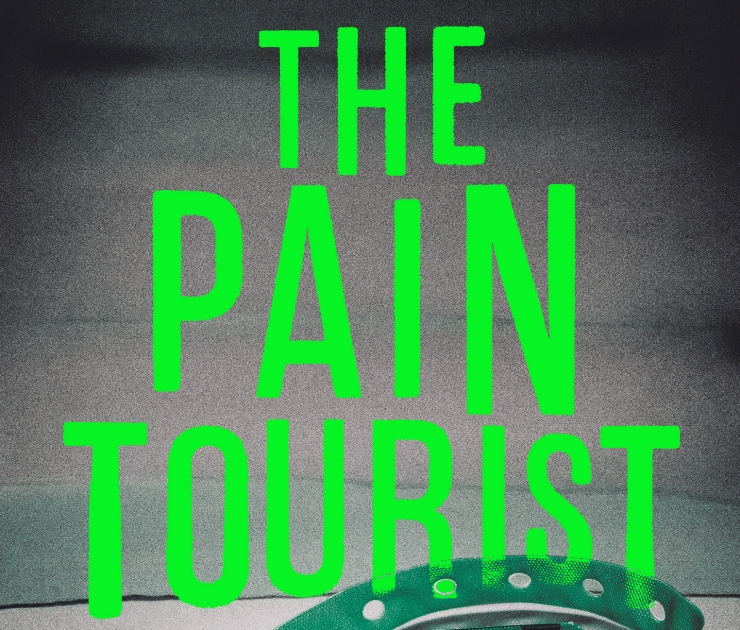 ‘How do you catch a killer… when the only evidence is a dream?

‘James Garrett was critically injured when he was shot following his parents’ execution, and no one expected him to waken from a deep, traumatic coma.

‘When he does, nine years later, Detective Inspector Rebecca Kent is tasked with closing the case that her now retired colleague, Theodore Tate, failed to solve all those years ago.

‘But between that, and hunting for Copy Joe - a murderer on a spree, who’s imitating Christchurch’s most notorious serial killer - she’s going to need Tate’s help. Especially when they learn that James has lived out another life in his nine-year coma, and there are things he couldn’t possibly know, including the fact that Copy Joe isn’t the only serial killer in town…’ 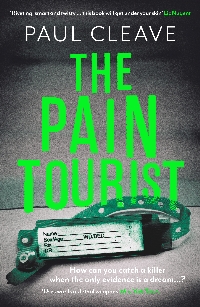 In The Pain Tourist, by Paul Cleave, there’s a lot going on, with three main plotlines clamouring for your - and the detectives’ - attention.

The first is that James Garrett, who was 12 years old when his parents were killed in the family home and he was critically injured, has woken from his nine-year coma, and may be able to help the Christchurch police finally identify and apprehend the perpetrators.

The second is that there’s a serial killer on the loose, nicknamed ‘Copy Joe’ because their victims and crime scenes are connected with those of Joe Middleton - the multiple murderer from Cleave’s first novel, The Cleaner.

The third stems from a confession an unconscious James overheard from a visitor to an erstwhile intensive care room-mate. The visitor told his sleeping wife that it was he who pushed her off a balcony. It turns out she’s not the only woman he appears to have wronged, but can the word of a person who was in a coma be taken seriously as evidence?

I’ve read a few of Cleave’s books since picking up The Quiet People for a blog tour last year, and one thing I really like about them is that they tend to be organised around interesting “what ifs”. This time, it’s an exploration of what a person might experience in a coma, and whether or not their perceptions can be trusted.

The whole time James has been unconscious, he’s carried on with his life in his head - a life where his parents didn’t die, and he went through the standard route through school to university.

While “Coma World” was primarily populated with things he already knew - he didn’t actually learn anything new in his education, and one of his high school teachers was Han Solo - it was peppered with information he must have taken in on the ward. This includes details of various books read aloud at his bedside by his sister Hazel, the dates of his grandparents’ deaths - and the aforementioned confession.

Not only this, but James has always had an eidetic memory. Following his awakening, and a period of adjustment, he fills nine notebooks with all sorts of things that happened in Coma World.

James’ story is totally fictional, but I was nonetheless fascinated by his experiences, and the inner workings of his mind.

Unfortunately, he also captures the attention of the men who killed his parents, who are worried he’ll identify them, and Copy Joe, who craves the notoriety of murdering someone famous, which James quickly becomes when he tells people what it was like being in a coma.

The other storylines are also super interesting. Copy Joe is the eponymous “Pain Tourist” in that he’s fascinated by Joe Middleton’s escapades, getting a thrill from the misery of his victims’ families and wanting to grab a piece of the action for himself.

Meanwhile, the murderer identified by James has a particular calling card, and once retired detective Theodore Tate figures out what it is, it’s all systems go.

Cleave never hesitates to put his characters in real danger or get into the heads of the most disturbed individuals. Furthermore, he’s a master of deception, pulling the wool over your eyes for chapters on end and revealing pertinent information only at the very last minute.

The Pain Tourist is dark, twisty, and full of compelling ideas. 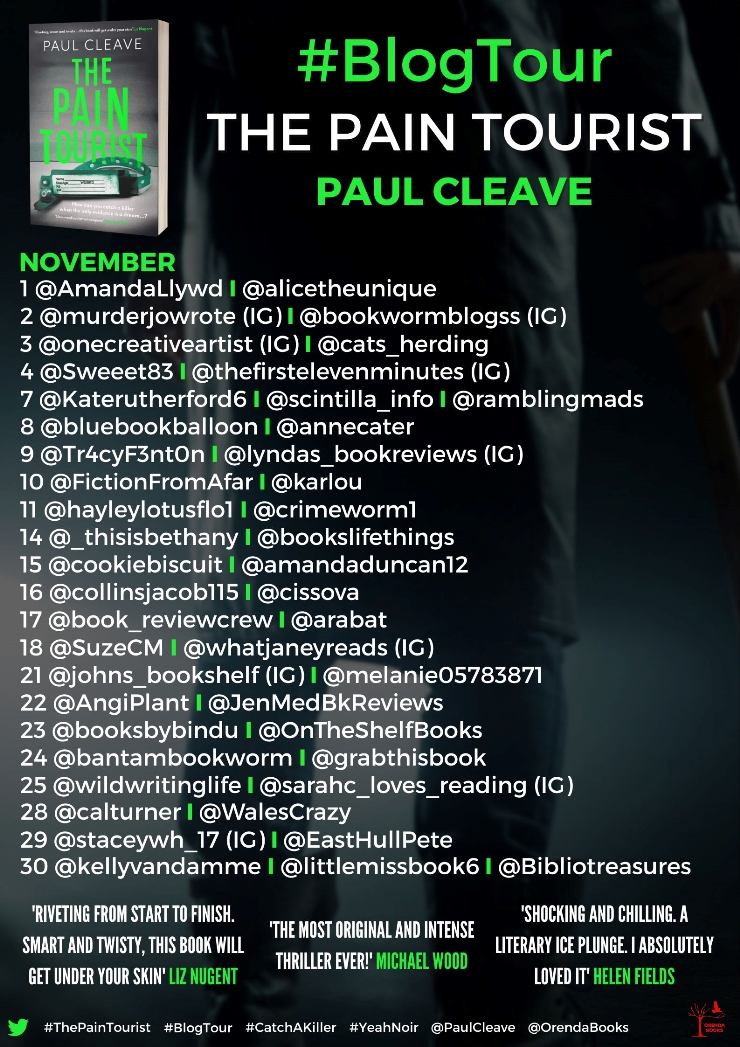