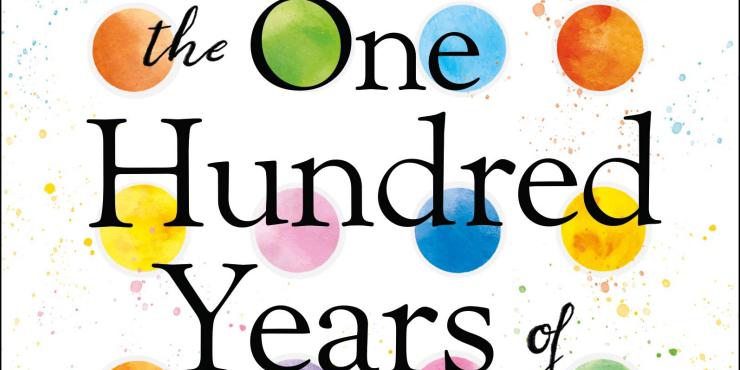 “Life is short - no one knows that better than 17-year-old Lenni Pettersson. On the Terminal ward, the nurses are offering their condolences already, but Lenni still has plenty of living to do. For a start, she has questions about her fate she needs answers to, and stories yet to uncover.

“As their bond deepens, a world of stories opens up: of wartime love and loss, of misunderstanding and reconciliation, of courage, kindness and joy. Stories that have led them to their combined one hundred years, to the end of their days.”

The One Hundred Years of Lenni and Margot, by Marianne Cronin, both entertained and moved me - there were times when I laughed out loud, and times when I welled up a bit.

While 17-year-old Lenni is aware she doesn’t have much time left, and 83-year-old Margot is getting on in years, the focus is very much on life, and what they’ve done with theirs, as they embark on a joint project of 100 artworks - one for each year they’ve been alive.

Naturally, as she’s so much older, a fair bit of the book is about Margot’s life as she paints her share of the pictures and recounts the episodes to Lenni. Margot is an ordinary woman who has had a largely unremarkable life, yet by bringing your attention to it, Cronin renders it interesting and special, reminding me of The Stone Diaries, by Carol Shields.

Margot portrays both highs and lows in her paintings, and I particularly enjoyed reading about her ‘finding herself’ in 1950s London with firebrand Meena, and unexpectedly finding love in middle age with jovial astronomy enthusiast Humphrey.

Lenni’s narrative is more about the ‘here and now’: life in the hospital, which Cronin also makes surprisingly lively with sharp observations and quirky humour. We only really find out the basics of her past compared to Margot, even taking into account the fact she doesn’t have as much of one.

I absolutely howled with mirth at some of Lenni’s conversations with hospital priest Father Arthur, as she asks him tough questions about Christianity and goes off on hilariously wild tangents. She also has a brilliant imagination, and I could empathise with the difficulty she has connecting with other teenagers (I found it hard enough without a terminal illness), as well as her preference for attending the octogenarians’ art class with Margot instead.

That’s not to say that Lenni is Pollyanna-ish, though. Her parents are conspicuous by their absence, and it takes us a while to find out why. While she finds joy where she can, and still feels intensely alive and unready to die, she also has days where she feels understandably depressed and angry about her situation, or her body turns against her and she’s frustrated with it, and bored in her bed because she has to rest.

Margot and Father Arthur are great friends to Lenni on these days, sneaking in to visit her when they’re not really supposed to! She also finds allies in ‘New Nurse’ and ‘Paul the Porter’ and regularly locks horns with the less amenable Nurse Jacky.

I took a few messages from this book: it’s never too late to make new friends or try something new; you’re not dead until you’re actually dead; and even in the most unpromising of settings (in this case, the end-of-life ward in a hospital) can be found comforting routines and amusing quirks, if you just look for them.

The One Hundred Years of Lenni and Margot is absorbing, witty and moving. 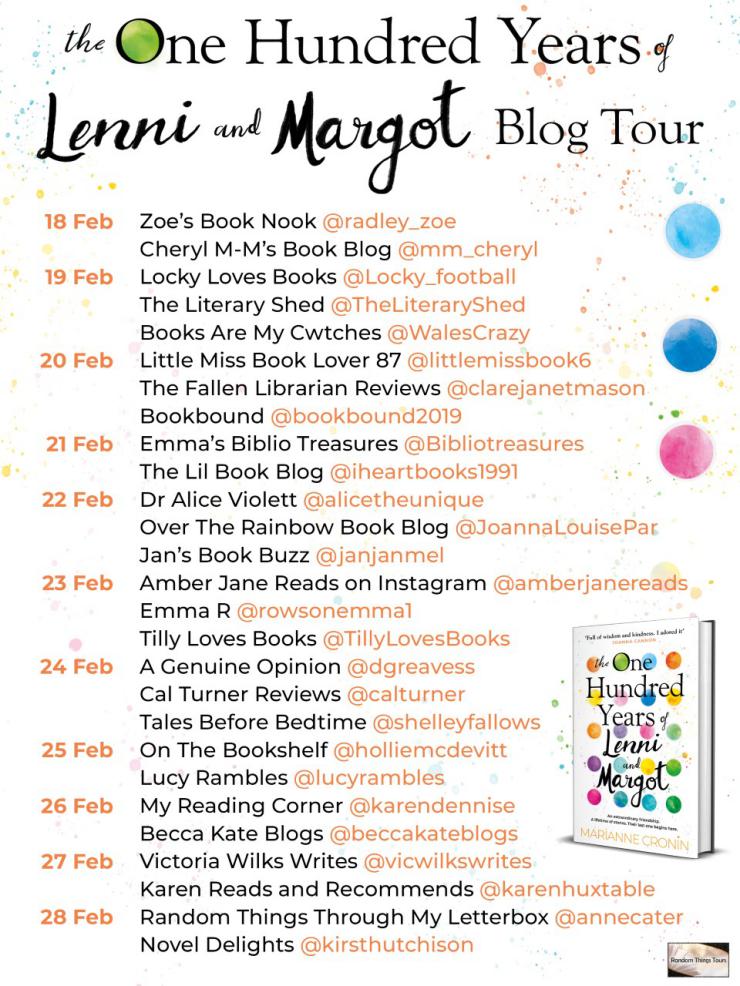