“Upon the cliffs of a remote Scottish island, Lòn Haven, stands a lighthouse.

“A lighthouse that has weathered more than storms.

“Mysterious and terrible events have happened on this island. It started with a witch hunt. Now, centuries later, islanders are vanishing without explanation.

“Liv Stay flees to the island with her three daughters, in search of a home. She doesn’t believe in witches, or dark omens, or hauntings. But within months, her daughter Luna will be the only one of them left.

“Twenty years later, Luna is drawn back to the place her family vanished. As the last sister left, it’s up to her to find out the truth…

“But what really happened at the lighthouse all those years ago?”

The Lighthouse Witches, by C. J. Cooke, is a wild ride of a book that I whizzed through because there’s so much going on and I so wanted to know what was behind everything that happened. Set on a remote Scottish island with an unsettling history and some odd inhabitants, and featuring witchcraft, lore, runes, scary children, family drama and more, this novel had a lot of elements that I loved. The author weaves narratives from the 1660s, 1998 and 2021, and each storyline is compelling and unsettling in its own way.

Islander Patrick Roberts’ first-hand account of the 1662 witchcraft accusations, trials and burnings that took place on Lòn Haven is a harrowing and moving read. It also provides the island with a rich history and folk memory so strong that some islanders continue to believe in a curse enacted by one of the witches and consider it an explanation for any misfortune that befalls them.

In 1998, meanwhile, painter Liv Clay arrives on Lòn Haven in 1998 with her three daughters: 15-year-old Saffy, nine-year-old Luna, and seven-year-old Clover. She’s been commissioned to paint an unusual mural of symbols inside a lighthouse, The Longing, by its rich and mysterious owner, Mr Roberts. It doesn’t take long to become apparent that the island isn’t all it seems. There are some tense scenes in the unpleasantly atmospheric lighthouse, and Liv soon butts up against the more superstitious islanders’ strange - to put it mildly - beliefs and customs. I was also drawn in by her backstory and the tensions between her and Saffy, as well as Saffy’s own storyline.

We know from the start that Liv, Saffy, and Clover all end up disappearing on the island in 1998, leaving Luna on her own, but we don’t know how or why for most of the book. We’re also aware that they’re not the only ones who’ve gone missing without resolution over the years.

We pick the Clays’ story back up with Luna in 2021, when she’s pregnant and getting by, all things considered. Then someone turns up in a hospital in Scotland who claims to be Clover, looks like Clover, and knows things only Clover could know - but she’s the same age Clover was when she disappeared. Does Clover have a condition that prevents her from growing up (think Orphan)? Has she been substituted by the fae, as per island lore? Or is it something else? And is her extreme behaviour a sign of trauma, or supernatural malevolence?

Seeking answers, Luna travels to Lòn Haven for the first time in 22 years, making for heart-racingly suspenseful reading as she courts danger trying to get an island that loves secrets to give them up. Over the course of the story, we accumulate information about the build-up to, and possible factors in, the disappearances. Luna’s trip reveals which is pertinent, and which is misleading. I wasn’t expecting the explanation to be what it was, but I found it well thought-out and very spooky!

The Lighthouse Witches is brilliantly scary, mysterious and compelling. 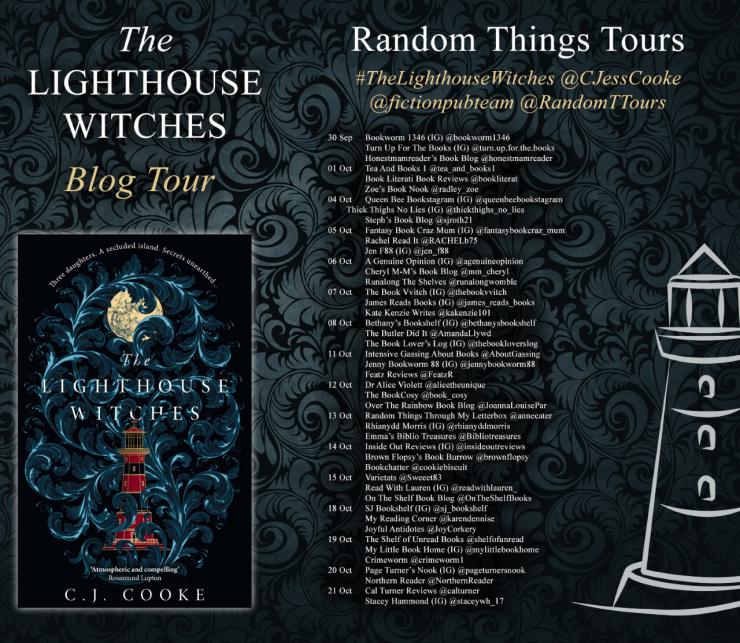