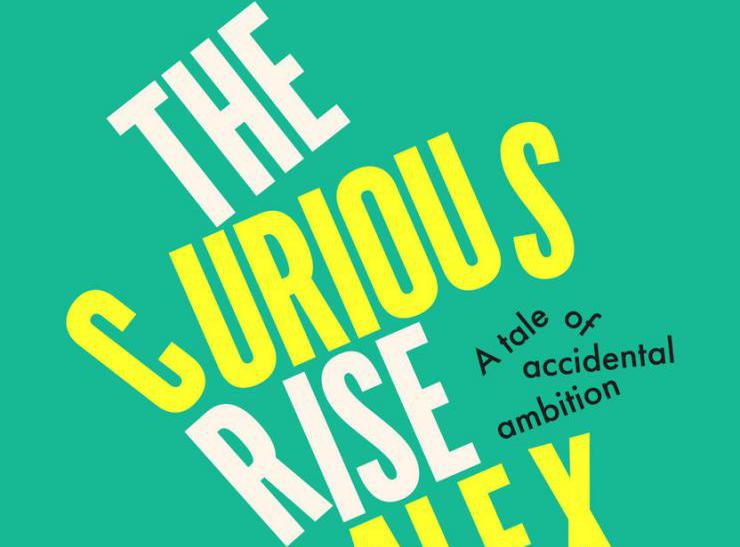 “A chance meeting of two men looking after their children in the park. They crave fame and fortune as their wives approach giving birth again. A plan is hatched.

“When Alex Lazarus – restless advertising executive - meets Julian Lloyd-Mason – charming lawyer - they find they have similar lives, over-riding ennui and ambitions that align. The result: they concoct and plot, Alex grabbing every opportunity to desert the exhausted home ship to write business plans on napkins at local cafés. They launch a parenting website together: Primaparent.com. It goes global and suddenly Alex finds the fame and fortune he always craved.

“What unfolds is a cacophony of innovation, brainwave highs and parenting party lows. And individuals’ true colours are revealed. Trappings of success come at a price. Will Alex be able to save himself, his integrity, his marriage and family, his pocket? What matters most to him?” 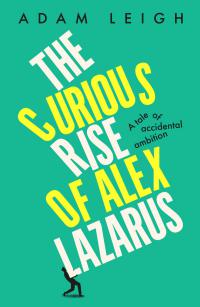 In The Curious Rise of Alex Lazarus, by Adam Leigh, we follow the eponymous main character as he starts up a parenting website with slippery Julian Lloyd-Mason. The business grows at an exponential rate and becomes worth millions on paper, but we know from the outset that a reckoning is coming in the form of the Information Commissioner’s Office.

What’s more, throughout the book, you’re reading through your fingers as Alex doesn’t pay enough attention to mounting red flags regarding Julian’s character and faces embarrassment on a regular basis.

As someone who’s worked on marketing teams for a few years, I identified with the challenges Alex and Julian faced in getting their website noticed and had a laugh at their less condonable tactics, as well as many of the situations they found themselves in (I was definitely on PrimaParent’s side against the angry clown protestors!). As they branched out into more and more territories and areas of expertise and became more and more successful, I was so tense waiting for the show to finally come off the road.

The story features an inventive cast of characters who just jump off the page. Even when he’s being frustratingly blinkered or neglectful, you can’t help but warm to hapless, awkward, well-meaning Alex. I particularly enjoyed his interactions with various members of his family, and finding out about his backstory. Julian, meanwhile, is a smarmy creep I loved to hate! It was compelling to see how much bad practice and nastiness he could get away with because of his looks and privilege.

Other notable characters are antisocial and often unpleasant computer whiz Dimitri; bombastic, verbose YA author Nigel (who writes under the wonderfully wild pseudonym of Clyde Pilestone); and PrimaParent’s host of formidable investors, including the deeply weird Brooke and Cole Johnson. They’re balanced out by Alex’s more sensible and loyal friends, both inside and outside of the business.

The Curious Rise of Alex Lazarus is an entertaining tale of hubris in modern business that’s full of brilliant characters. 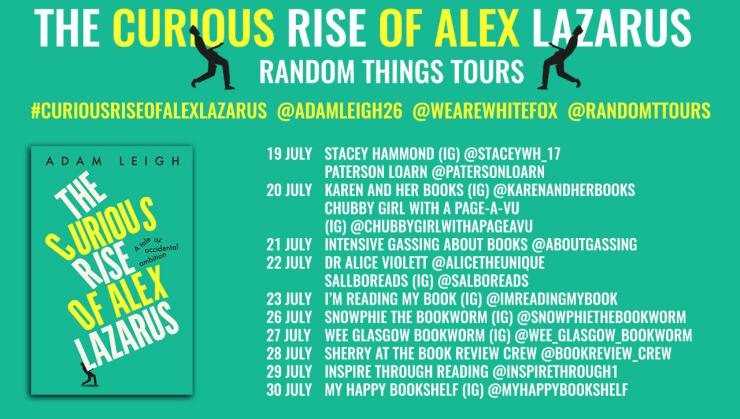