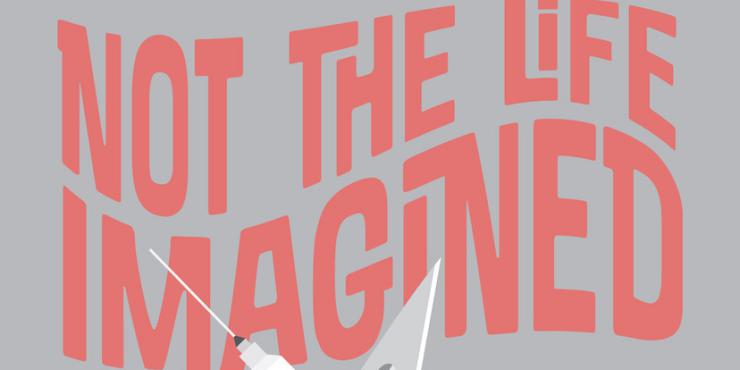 “None of the teenagers starting at Glasgow University in 1967 live the life they imagine.

“Beth Slater is shocked at how few female medical students there are and that some people, such as Conor Towmey, think they shouldn’t be there at all. Devastated by a close friend’s suicide, Beth uncovers a revealing diary and vows to find the person responsible for her death.

“Struggling with the pressure of exams while supporting friends though disasters, Beth charts the students’ changing, often stormy, relationships over two decades in a contemporary backdrop of Free Love, the Ibrox Football Disaster, the emergence of HIV and DNA forensics. In time, indiscretions surface with dire consequences for some.” 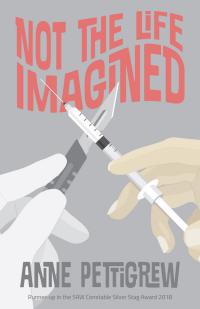 Not the Life Imagined is a really interesting read. Despite being squeamish, I really enjoy reading memoirs of people’s medical/adjacent careers (think Adam Kay’s This is Going to Hurt, or Sue Black’s All That Remains, for example). While this book is a work of fiction, the author has clearly drawn very closely on her own experiences of medical school to produce a detailed and fascinating account of what medical students learn, and the paths they can end up pursuing once they qualify.

Pettigrew’s deep knowledge also means the characters’ personal experiences come across as realistic and authentic. This is particularly true of main character Beth and her fellow women students, who face sexism from their predominantly male lecturers, potential employers and coursemates alike. It’s infuriating, and you feel indignant on their behalf, but sadly it’s not surprising given the time period.

It’s additionally all too believable that some of the students on the course are there, and don’t fail, because of who they know rather than what they know. While Beth and other students from modest backgrounds are constantly working hard to become the best doctors they can be, well-connected villain of the piece Conor Towmey qualifies despite doing little work and having an appalling bedside manner, because he knows the examiners.

Throughout the book, Conor wreaks havoc on his peers’ lives and you fervently hope karma will get him in the end. Pettigrew skilfully plays the long game in letting him get away with so much for years. I also loved how she dropped in seemingly incidental details that came to have a lot of significance later down the line, as well as several shocking twists that come out of nowhere, and sprinklings of dark humour and fun anecdotes.

Something else I found interesting was how, as a result of working and playing together intensely for six years, the cohort become bonded for life. When we first meet them, they’re typical 18-year-olds who get into messes with sex, relationships, drink and drugs. It’s always a bit scary to remember that at the start of their training, medics are still so young and stupid! The book ends in 1989, by which time they’ve known each other for 20 years, and have encountered multiple serious issues in their lives including rape, suicide, cancer, HIV/AIDS and domestic violence.

This group dynamic leads to both support and strife. Beth, arguably the most sensible character, is a great - though not perfect - friend to her fellow women students, and they come to rely on one another. When one of her friends dies by suicide, Beth berates herself for not being more attentive at the time, and never forgets the circumstances that put her friend in that position, determined that one day justice will be done. I liked Beth and her warm, supportive working-class family and was really excited by the opportunities she got, and to see her advance in her career - even if she didn’t quite get ‘the life imagined’.

At the same time, it’s unhealthy that the group is so insular, with lots of intermarriage (and inter-adultery!) taking place once the characters graduate. It does feel as though they’re stuck with the nefarious Conor, as well as other unsympathetic members, for life. However, by following their lives over such a long period of time, you do get to see some people become more mature and likeable, and find stability and happiness, which is really satisfying.

Not the Life Imagined is a gritty, fascinating insight into the highs and lows experienced by a cohort of young doctors. 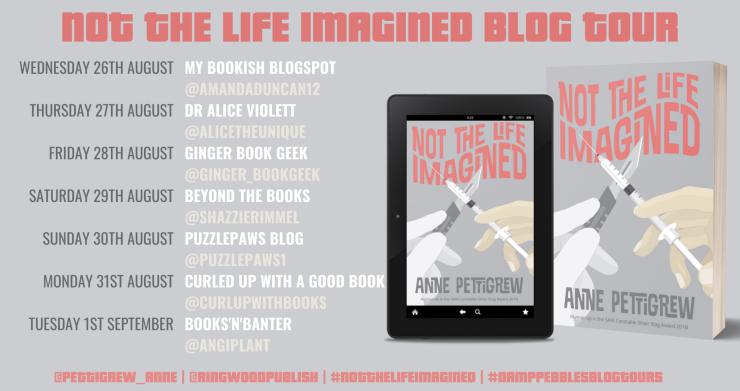