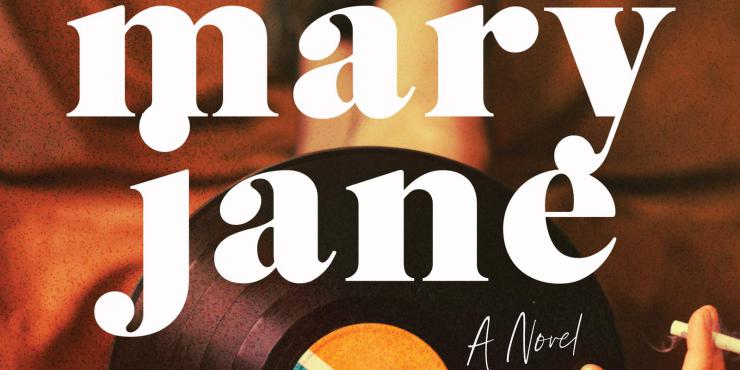 “Set in 1975 suburban Baltimore, Jessica Anya Blau’s breakout novel introduces Mary Jane, a sheltered teenage girl whose world opens up when she lands a summer job as the nanny for the daughter of a local doctor. A respectable job, Mary Jane’s mother says. In a respectable house.

“The Cone house may look respectable on the outside, but inside it’s a literal and figurative mess: clutter on every surface, Impeachment: Now More Than Ever bumper stickers on the doors, cereal and takeaway for dinner. And even more troublesome (were Mary Jane’s mother to know, which she does not): the doctor is a psychiatrist who has cleared his summer for one important job — helping a famous rock star dry out. A week after Mary Jane starts, the rock star and his movie star wife — Jimmy and Sheba — move in.

“Over the course of the summer, Mary Jane introduces her new household to crisply ironed clothes and a family dinner schedule and has a front-row seat to a liberal world of sex, drugs, and rock and roll (not to mention group therapy). Caught between the lifestyle she’s always known and the future she’s only just realized is possible, Mary Jane will arrive at September with a new idea about what she wants out of life, and what kind of person she’s going to be.

“A nostalgic trip into the 1970s, Mary Jane is a timeless coming of age story about finding yourself, all wrapped up with lots of humour, a dash of teenage rebellion and plenty of rock and roll.”

I adored Mary Jane, by Jessica Anya Blau. It was so much fun to watch the eponymous main character develop over the course of a summer as she learned that her buttoned-up, conformity-obsessed parents’ lifestyle was not the only one available, received love and acceptance from types of adult she’d never come across before, and became more comfortable in her own skin and confident in herself.

Even as she matures over the course of the book, Mary Jane retains a sweet, funny voice that reminded me of a Judy Blume character, or Lois Lowry’s Anastasia Krupnik. I was especially tickled by her unfounded worry that she might be a sex addict. She brings much-needed tidiness and decent meals to the Cone household, but learns from them that, despite what she’s learned from her mother, it’s okay to deviate from the plan and there’s no need for military precision, and starts to question her parents’ prejudices.

It’s a joy to see how Mary Jane reacts to the other characters. I loved her interactions with five-year-old Izzy, who she’s charged with looking after. They quickly develop a close bond as Mary Jane involves Izzy in grocery shopping, cooking and cleaning, inventively soothes her fears, and protects her from the worst excesses of the adults around her. Their relationship is especially poignant as it’s in such contrast to Mary Jane’s cold relationship with her own parents, whom she becomes even more distanced from, and evasive with, as she spends more time at the Cones’.

Mary Jane initially doesn’t know what to make of the Cones, who act so hilariously differently to any other parents she knows. As for the celebrity couple, she starts off being star-struck by Sheba, having seen her on TV, and wary of Jimmy, having previously heard no good of addicts. However, she soon learns to relax and have a laugh with them all. Sheba and Jimmy are well-imagined, complex characters who show Mary Jane so much kindness and help her become more confident.

Music runs throughout the book as the characters often play and sing together, with Mary Jane being the star turn, and Mary Jane expands her musical knowledge beyond the Broadway soundtracks she listens to at home. The way she gets so into Jimmy’s band Running Water was so evocative of my own teenage years, when music felt almost overwhelmingly important and intense.

Mary Jane is a wonderful, joyous read, with characters I loved. 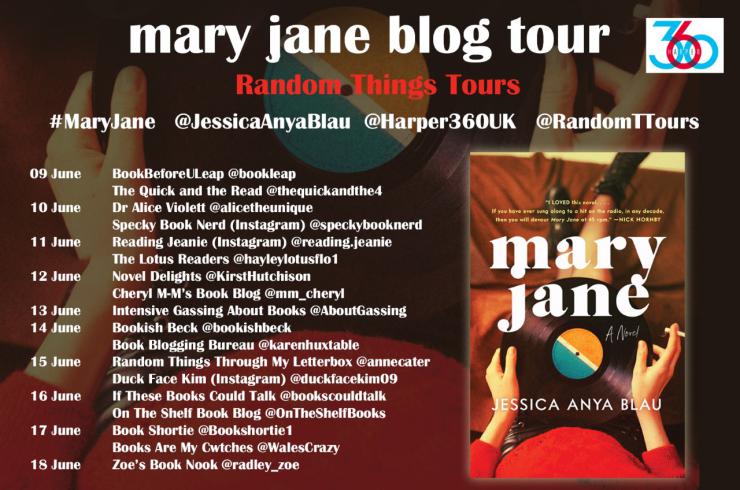