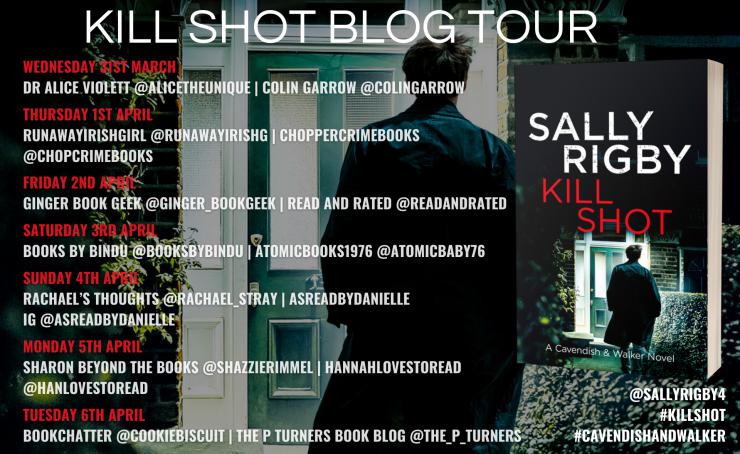 “The game is over…..there’s nowhere to hide.

“When Lenchester’s most famous sportsman is shot dead, DCI Whitney Walker and her team are thrown into the world of snooker.

“She calls on forensic psychologist Dr Georgina Cavendish to assist, but the investigation takes them in a direction which has far-reaching, international ramifications.

“Much to Whitney’s annoyance, a member of the Met’s fraud squad is sent to assist.

“But as everyone knows… three’s a crowd.” 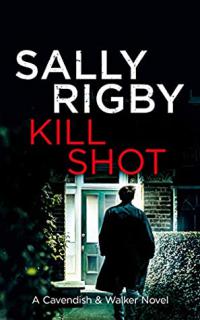 I really enjoyed reading Sally Rigby’s Silent Graves for a blog tour a few months back, and it was a pleasure to meet DCI Whitney Walker and Dr Georgina (George) Cavendish again in Kill Shot - and a reminder that I need to get on with reading the eight previous books in the series!

When local snooker superstar Ryan Armstrong is found dead in his car outside his snooker club, his lifelong friend and business partner Scott Marshall appears to be the likeliest suspect. Everyone Whitney interviews has something negative to say about him, though that doesn’t necessarily make him a killer. It’s not clear whether he stands to gain from Ryan’s death, and the intervention of Met officer Sebastian Clifford, who’s investigating an international match-fixing ring, further muddies the waters.

Rigby skilfully leads Whitney and her team (and, by extension, the reader) around the houses in this dynamic story: you start off by thinking Scott must be the culprit, then you’re led to suspect someone else, then something else emerges that makes you think it’s Scott again… of course, I can’t tell you whether it is him or not, but I can say this book kept me guessing right up to the satisfying end.

As with Silent Graves, I liked reading about the characters’ lives outside of work, and the personal and professional relationships between them. Even though I’ve only known Whitney and George for a couple of books, I’m already heavily invested in their stories and hope things turn out well for them. I also appreciated Whitney’s sense of humour, even if the other characters didn’t!

The inclusion of Sebastian Clifford, and Whitney’s initial antagonism towards him because he’s very posh and is getting in the way of her investigation, was a good way of bringing some conflict and difficulty into the story and introducing us to the main character in Rigby’s forthcoming new series. I’m looking forward to reading and reviewing the first book, Web of Lies, in a couple of months’ time.

Kill Shot is a pacey and enjoyable crime novel that keeps you guessing.