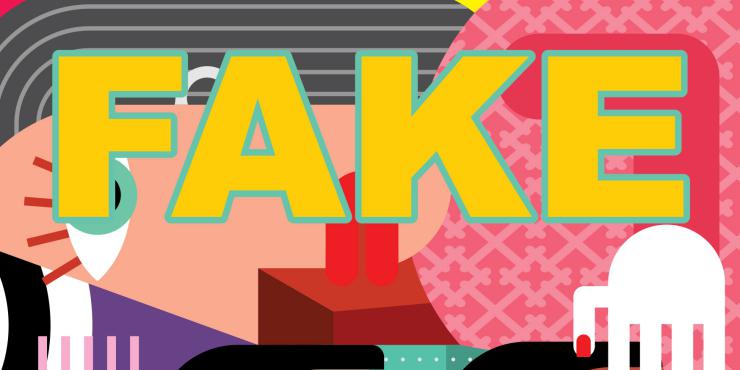 “James Cowper - art dealer, gambler, thief - is going straight and on the brink of redeeming himself with his disillusioned wife, Imani. He’s still broke, but all he needs to take care of that is a rare art find. Then trouble arrives in the shape of a scheming landlord and an unwelcome dinner party with his boss.

“As events spin out of his control it appears that nobody, including Imani, is what they pretend. And over everything looms one make-or-break question for James: can he get a grip on his exploding life? 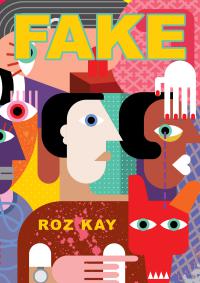 I really enjoyed Fake, by Roz Kay. The action takes place over the course of a few days, where things go from bad to worse, then worse still, for hapless James as he’s beset by escalating (but hilarious) misfortunes and fails to make things any better for himself as he makes poor decision after poor decision.

While he’s made some pretty egregious mistakes prior to the start of the book, and has a shaky relationship with the truth to say the least, I nonetheless found James quite sympathetic and endearing. It’s clear his heart is in the right place and he’s doing his best to make things right with his wife, Imani. I found myself rooting for him, even if it was partly for the sake of sensible, long-suffering Imani and their student son, Cody. James is English but lives in Philadelphia, and while a few characters liken him to Hugh Grant, I imagined him more as Ben Miller, specifically his character in The Worst Week of My Life (as an aside, I was not ready to realise that that sitcom first aired in 2004…).

The real villain of the piece is Bruce Miller, James and Imani’s dominating, entitled landlord. Having lost his retirement home in Florida to a hurricane, Bruce returns to Philadelphia with his Czech wife, Davorka (who is hilariously annoying, but also far more reasonable than her husband and even has the odd moment of loveliness) and, claiming ‘landlord’s privilege’, moves into what used to be his home. He immediately starts moving things around and looking for a way to get James and Imani out.

With his total lack of self-awareness, massive sense of entitlement, pomposity and sheer audacity, Bruce reminded me very strongly of a certain American who’s just lost his job! There were times when I felt like I was watching through my fingers because Bruce was so awful and I wanted to scream ‘noooo!’ at James because he just kept making things worse for himself.

Naturally, relations between the two couples deteriorate very quickly, and come to a hilarious head when another couple is added to the mix: James’ womanising boss, Nick, and his fourth wife, whom James and Imani refer to as ‘Pumpkin Number Four’ until they find out her name. Nick has essentially invited himself and Pumpkin round for a dinner party. It was already going to be a difficult evening considering Nick has barely forgiven James for defrauding his company the previous year, and the unwelcome presence of Bruce and Davorka dramatically dials up the potential for - and actuality of - conflict.

In the note at the end, the author mentions that Fake started life as a play, and you can see this in the way the conversations and interactions between the characters dynamically move the story forward, and the fact that most of the action takes place across a few rooms.

Even though the characters spend so much time in the same surroundings, they never get stale because Kay continually introduces new details about the objects they use, and they are always interacting with them in novel (and sometimes rather unexpected) ways. I’d say the house is a character in itself, considering the different meanings the various characters ascribe to it, and the way it, as well as its contents, becomes so highly contested between James and Imani, and Bruce and Davorka.

I also really enjoyed the author’s use of language. It’s clear that she’s paid careful attention to every descriptive sentence in order to create vivid pictures in the reader’s mind. I particularly loved her use of wordplay, similes and metaphors, especially when they involved animals (Bruce is indeed a bore, a boor, and a boar!).

Fake is a lot of fun, with brilliant use of language and larger-than-life characters. 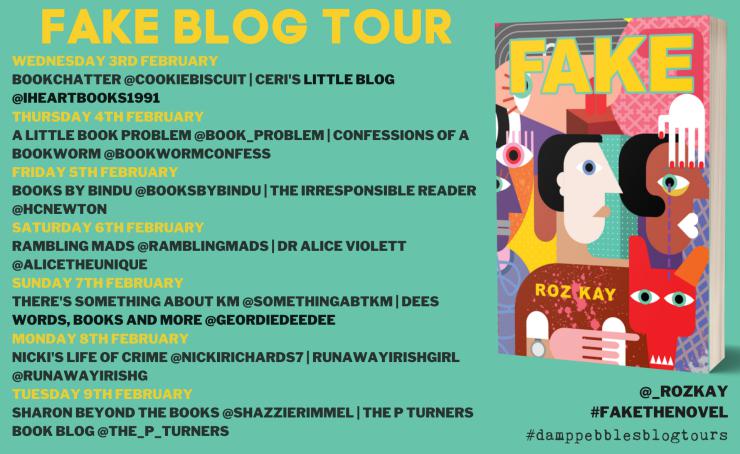