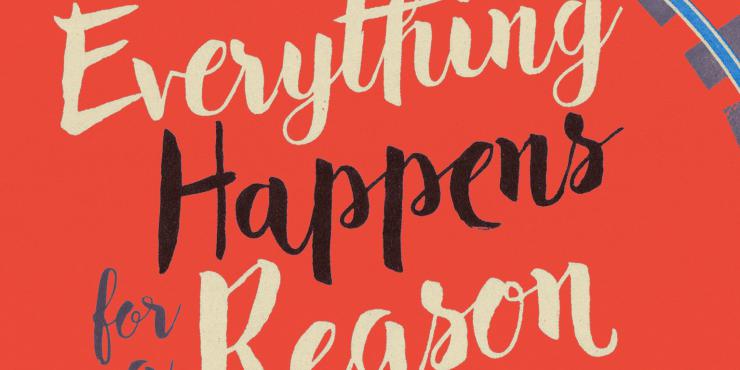 “Mum-to-be Rachel did everything right, but it all went wrong. Her son, Luke, was stillborn and she finds herself on maternity leave without a baby, trying to make sense of her loss.

“When a misguided well-wisher tells her that ‘everything happens for a reason’, she becomes obsessed with finding that reason, driven by grief and convinced that she is somehow to blame. She remembers that on the day she discovered her pregnancy, she’d stopped a man from jumping in front of a train, and she’s now certain that saving his life cost her the life of her son.

“Desperate to find him, she enlists an unlikely ally in Lola, an Underground worker, and Lola’s seven-year-old daughter, and eventually tracks him down, with completely unexpected results…” 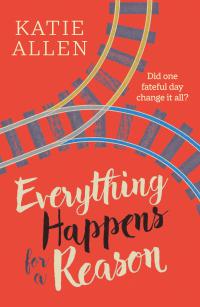 Everything Happens for a Reason, by Katie Allen, is a bittersweet story of rebuilding your life after a devastating event. Main character Rachel loses her baby, Luke, at almost full term, and for much of the book you can’t imagine how she’s ever going to recover any semblance of ‘normality’. You can’t help but feel deeply for her as she tries to find some kind of meaning and navigate the world as someone who was meant to have a baby, but doesn’t.

Rachel finds two main ways to cope: writing emails to Luke about events as they unfold, and making a project of Ben, a dog-walker she saved from suicide on the day she found out she was pregnant. When someone at her mum’s church group says ‘everything happens for a reason’, in her grief, Rachel suspects Luke died so Ben could live, and therefore Ben needs to be helped to make more of the life he has.

The email format makes the book really engaging, as Rachel addresses Luke as if he were still alive, in a warm, friendly, and entertainingly observant conversational tone that draws you in and bonds you to her. I think it also helps her to write her feelings down in this way at a time when she feels disconnected from everyone around her, including her partner, Ed.

Without giving too much away, Ben is not as receptive to Rachel’s attempts to help him as she hoped, sometimes being downright hostile towards her and causing her additional distress. She does benefit greatly, though, from the connection she makes with Lola, who was on duty at the tube station that fateful day, and her seven-year-old daughter, Josephine.

Josephine brings joy and focus into Rachel’s empty days. She’s really funny and sweet, and they have some lovely interactions as they spend more time together and grow close over the course of the book. Josephine isn’t the only comic relief, though - there are darkly humorous moments throughout the story as Rachel deals with her self-centred mother, insensitive in-laws, and Ben’s obtuseness, as well as frequent misunderstandings, misbehaving dogs, unexpected workmen, and much more.

Everything Happens for a Reason is bittersweet, heartwarming and enjoyable.